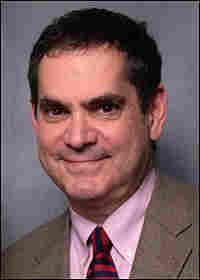 I know times are tough, and there is not a lot of money out there for health care reform. So while you and your advisers are figuring out how to pay for covering 46 million uninsured Americans, I've got a suggestion.

Here's something you could do your first week in office that wouldn't cost much and would make an important difference in the state of science and health in the U.S.: Stop the government subversion of scientific research that has been going on for the last eight years.

The current administration has withheld or falsified the results of scientific studies in the service of ideology multiple times, in multiple disciplines.

Let me give you a few examples from medicine:

In the area of women's health and contraception, it insisted on and publicized the effectiveness of abstinence-only sex education despite a lack of evidence for it. It posted erroneous data linking abortion and breast cancer on the Centers for Disease Control and Prevention's Web site. It distorted evidence on the effectiveness of condoms in preventing HIV transmission. And for more than three years, it delayed the Food and Drug Administration's approval of over-the-counter sales of the emergency contraceptive Plan B, despite overwhelming evidence of its safety and effectiveness.

In environmental health, the administration censored congressional testimony by the CDC on the health hazards of climate change. And it distorted the results of formaldehyde testing in government-supplied trailers for Hurricane Katrina victims.

In a national health care disparities report, it insisted that government researchers drop their conclusion that racial disparities are "pervasive in our health care system," and that they remove findings of disparities in care for cancer, heart disease, AIDS, asthma and other illnesses.

And the administration delayed or prevented its own surgeon general from issuing national reports on topics such as secondhand smoking, emergency preparedness and global health.

Now, every incoming president has political agendas that he wants to promote. When President George W. Bush took office in 2001 on an anti-abortion platform, he immediately ended support for all foreign aid to family planning clinics that counseled patients about abortion. One can argue that this was a harmful action that should not have been done, but it was at least presented honestly as a policy decision, not a scientific one.

And we're not talking about simple "spin" here. This is distortion and withholding of scientific evidence in the service of ideology. Friends and former colleagues throughout the government have told me that the extent of falsification and suppression of scientific evidence by this administration is unprecedented.

So what can you, as the new president, do about all of this? During your first week in office, you could issue an executive order supporting unimpeded scientific research, the primacy of peer review, and the freedom of government scientists to submit their research results for publication. And you could pledge not to interfere with the scientific processes and activities of government agencies.

This is a low-cost change in policy that has a good chance of improving the health and health care of all Americans.

Family physician Douglas Kamerow is a primary care doctor and a former assistant surgeon general of the United States.