Accessibility links
Let The Obama Transition Begin Following the elections, the Democrats find themselves reveling in their wins, while the Republicans are rife with recriminations. Also, a look at how the Political Junkie fared with his predictions. 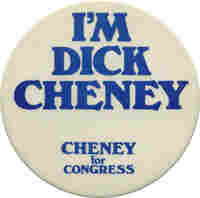 ... Though some former chiefs of staff competed in elections after leaving the White House. hide caption 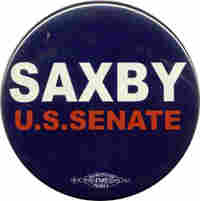 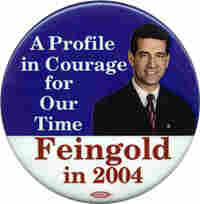 Two years ago today, Wisconsin Sen. Russ Feingold (D) announced he would not run for president in 2008. hide caption

A week has gone by since the 2008 elections, and Democrats are still in a good mood. This may be a record. At some point, their joy at winning the White House and increasing their margins in Congress will have to give way to the reality of having to solve the enormous problems facing the country. But for now, let them revel. They earned it.

Contrast that with the mood of the Republicans, who are already rife with recrimination about whom to blame for the election results. It's hard to make the case that a different GOP nominee, or a different GOP running mate, or a different combination of the two, would have produced a different result. A change in tactics or rhetoric may not have been enough to thwart this year's defining campaign moment — the collapse of the financial institutions in mid-September. But the size of Barack Obama's victory dwarfed most projections, including those posted in this column (more on that later).

Democrats are not about to feel sorry for their vanquished rivals. After a Clinton era that ended in embarrassment, a 2000 election result whose legitimacy they questioned, and a 2004 ending that wasn't much different, Democrats find themselves in the unusual (for them) position of, well, joy and disbelief. Knowing Democrats, this euphoria may come to a halt before you know it, maybe with an objectionable Obama Cabinet appointment or two. But until then, let the nation sit back and enjoy the moment. For Democrats and Republicans alike, for liberals and conservatives, for Obamaites and McCainiacs, it was truly a moment of history.

As the transition process starts to get under way, the news of last week is that the famously disciplined Obama machine added some muscle, as the president-elect named Rep. Rahm Emanuel (D-IL), the House Democratic Caucus chair, as his next chief of staff. The move will result in the first, but not necessarily the last, special election in 2009.

Democrats are, of course, not in the least bit of jeopardy of losing Emanuel's seat in Illinois' 5th Congressional District. But previous Democratic presidents have plucked some folks out of Congress whose hold on their seats was more tenuous. Bill Clinton picked Al Gore for vice president, only to watch Gore's Tennessee Senate seat fall to the Republicans in 1994. Lloyd Bentsen of Texas left the Senate to become Clinton's Treasury secretary and the GOP won the seat in 1993. And the Wisconsin House seat of Clinton's secretary of defense, Les Aspin, fell to the Republicans in '94.

Similarly, Jimmy Carter and the Democrats watched the Senate seat of his vice president, Walter Mondale of Minnesota, fall to the Republicans in 1978. Minnesota Republicans also won the House seat of Carter's agriculture secretary, Bob Bergland, in a 1977 special election. Rep. Brock Adams (D-WA) became secretary of transportation, but his House seat went to the GOP as well.

Still, we're jumping the gun here. One thing we can say about the choice of Emanuel is that he is not the first White House chief of staff to have come from a campaign background. What follows is a list of those who have held the position of chief of staff since its inception who either came from public office or went on to seek it:

THE RUDIN TALLY: OK, so maybe I was a little conservative in giving Obama only 291 electoral votes (compared with the 364 he actually got, and he may get one more from Nebraska); at least this time, unlike 2000 or 2004, I got the name of the winner right. And while I knew giving Ohio to John McCain was iffy to begin with, I plainly did not see North Carolina, Indiana and Florida going for the Dems. A stunning night, in all respects.

A good night in Senate picks: Compared with 2004 and 2006, when I made two incorrect Senate picks each time, I'm poifect thus far. But if Ted Stevens (R) wins in Alaska, that will be a blot on the record. And if Republican incumbents lose in either Minnesota or Georgia, that will further lower my percentage.

HOUSE PICKUPS: As of this writing, here are the House seats that changed parties (with incumbents in parentheses):

RACES STILL UNDECIDED: There are three Senate and four House contests that have yet to be called. Here is how they currently stand, with my original picks in parentheses:

Alaska (Begich): They're still counting absentee ballots, but for now Sen. Ted Stevens (R) is holding a slim lead over his Democratic challenger, Anchorage Mayor Mark Begich. Stevens, convicted of seven felony counts just before the election, could theoretically win his bid for a seventh full term but be forced out by the Senate (a three-quarters vote is required). Should that happen, speculation centers on a possible bid by Gov. Sarah Palin, the defeated GOP vice presidential candidate, for the seat in a special election.

Georgia (Chambliss): Nov. 4 was just a warm-up. Though the final vote count is not yet completed, Sen. Saxby Chambliss (R) apparently fell just short of winning a majority of the vote — as required by state law — and thus is likely to be forced into a Dec. 2 runoff with Democrat Jim Martin. Chambliss received 49.8 percent of the vote to Martin's 46.8 percent. The candidacy of Libertarian Allen Buckley, who got 3.4 percent, is what pushed the two leading candidates into the runoff. A huge turnout of black voters last week is thought to be responsible for Martin's surprisingly strong showing. Now the question is who will turn out next month for a contest Chambliss has already called the opening gun for the 2010 elections. John McCain, who carried the state, will be campaigning on behalf of Chambliss on Thursday. The last time an incumbent Georgia senator was forced into a runoff was in 1992, when Democrat Wyche Fowler led in the initial balloting but lost the runoff to Republican Paul Coverdell.

Minnesota (Coleman): As the count continues, the lead of Sen. Norm Coleman (R) over challenger Al Franken (D) is now down to 204 votes out of nearly 2.9 million cast, a margin small enough to force an automatic recount. This Senate race, the closest in state history, may not be decided until next month.

Alaska At Large (Berkowitz): Rep. Don Young (R) has what appears to be a somewhat comfortable lead over Democrat Ethan Berkowitz, but there are enough absentee ballots uncounted to keep the race from being called.

California 04 (McClintock): With thousands of absentee ballots yet to be counted, Republican Tom McClintock leads Democrat Charlie Brown by 970 votes out of more than 312,000 counted. The incumbent, Republican John Doolittle, is retiring.

Ohio 15 (Stivers): As was the case in this district two years ago, it's too close to call. In the battle to succeed retiring Republican Deborah Pryce, GOP candidate Steve Stivers has a slim, 149-vote lead over Democrat Mary Jo Kilroy, who narrowly lost to Pryce in '06.

VOTE NPR: Last week's pre-election column featured a nice "Listen/Vote/NPR" button, which many readers wrote in to request. Because this is the kind of guy I am, I will mail one to anyone who has a Senate or congressional button from 2008 that I need. Shoot me a photocopy of what you've got c/o NPR, 635 Massachusetts Ave., N.W., Washington, DC, 20001.

WE AIN'T LEAVING! A concerned note from Jack Beard of Candia, N.H., who writes, "I'm gonna miss you on Wednesdays on Talk of the Nation after the election is over." Not to worry, Jack. We may no longer be doing the show before a live audience at the Newseum, but the Political Junkie segment will continue every Wednesday on TOTN during the 2 p.m. ET hour. And that's good news for faithful listeners like Brandon Young of Denver, who writes, "A Wednesday is not complete until I listen to 'Political Junkie' on Talk of the Nation." Kevin Berkowitz of Tallahassee, Fla., adds, "I have never been a political junkie, but your comments and analysis were interesting. Your brain seems to be overflowing with factoids. You seem to be the 'Rain Man' of politics." (I think that's a compliment.) Siobhan McLaughlin of Hollywood, Fla., says, "I hope the Political Junkie segment will continue, perhaps as an independent stand-alone program. It's been a dream for political fans like me."

My favorite came from Kate Barrett of South Bend, Ind., who writes — and I'm not making this up — "I have come to the point where I am planning my Wednesday afternoons around listening to you on Talk of the Nation. I guess my Wednesday productivity will increase again once the elections are over — right now I can't do anything that makes noise while you're on. This conveniently rules out doing the dishes, vacuuming, etc. Thanks for your insights and for making this election season so interesting."

IT'S ALL POLITICS: Until someone rats on us to the FCC, our podcast continues as well. Current edition can be found here. New podcast every Thursday.

JUNKIE UPDATE: We are in the process of deciding whether to turn Political Junkie into a daily blog or to create a separate daily blog to accompany a weekly, though shorter, Junkie column. Please write and tell us what you think.

This day in campaign history: With the results of the 2006 election only days old, Sen. Russ Feingold of Wisconsin announced he would not seek the Democratic nomination for president in 2008 (Nov. 11, 2006).