Accessibility links
Concha Buika's African-Inspired Flamenco Concha Buika's sultry voice and varied musical influences have earned her worldwide acclaim. Her latest album, La Nina de Fuego, fuses the musical traditions of Africa and Spain with jazz, soul and dance and has been nominated for the Latin Grammy Album of the Year. 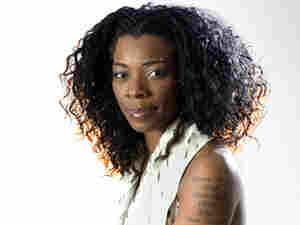 Concha Buika's music is inspired by her African roots, flamenco music and turbulent relationships. Courtesy of the artist hide caption 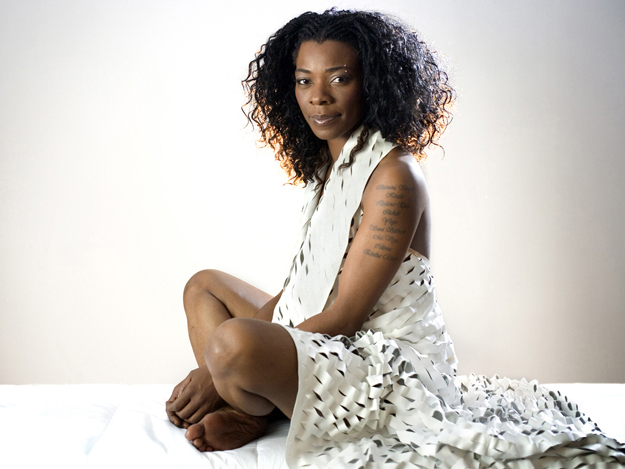 Concha Buika, a nominee for this year's Latin Grammy Album of the Year, is a black flamenco singer from Spain whose voice has been described as "sultry," "sonorous" and "achingly beautiful."

Buika's voice has been a sensation in Spain since her previous album, Mi Nina Lola, came out in 2005. Buika is part of a new generation of flamenco performers who are hooking young audiences by mixing in other influences.

The fusion of flamenco with jazz, soul and dance rhythms in Buika's music mirrors the story of her own life. Her father was a political exile from Equatorial Guinea, a former Spanish colony with one of the most repressive regimes in Africa. She grew up in Spain, on the Mediterranean island of Mallorca, where the population includes American millionaires, German and English tourists, and poor Gypsies in the barrio where her family lived. But, she says, there was no one else of African origin.

In Mallorca, her family sang African tunes at home, and her mother had an entire wall filled with jazz records. Buika got her start as a performer singing at clubs on Mallorca and neighboring Ibiza, Europe's party island. Later she tried her luck in Las Vegas. She sang in casinos, as a Tina Turner look alike.

"Yeah, I was there, having fun for a while. It was strange," she says. "Las Vegas is a very strange place. It's a place of broken dreams."

Buika's latest album, La Nina de Fuego, is a collection of flamenco songs and Spanish and Mexican folk ballads. The songs are about women dealing with loneliness, infidelity and the consequences of falling in love with the wrong man — or woman. Buika's turbulent affairs with both sexes has only added to her allure in Spain.

"I sing against emotional dictatorships," she says, "and against the imposition of one person over another, in the name of love."