Accessibility links
Eight Isn't Enough: G-20 Countries To Meet In D.C. Instead of gathering leaders from the Group of Eight to talk about the financial crisis, the Group of 20 is converging on Washington, D.C., this week. The Bush administration is playing down expectations, but economic experts say pressure will be put on the new Obama administration. 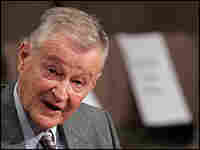 Zbigniew Brzezinski, who was national security adviser under President Carter, says the G-8 should expand to a G-14 or a G-16. Tim Sloan/AFP/Getty Images hide caption 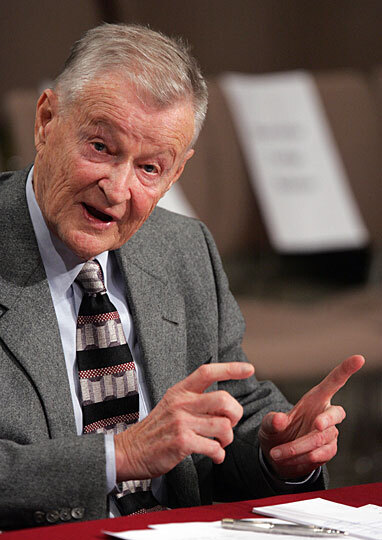 Zbigniew Brzezinski, who was national security adviser under President Carter, says the G-8 should expand to a G-14 or a G-16.

Sometimes it takes a crisis to make big powers realize that their diplomatic clubs shouldn't be so exclusive. So instead of gathering leaders from the Group of Eight to talk about the financial crisis, the Group of 20 is converging on Washington, D.C, this week.

Formed in 1999 as a response to the financial crises of that decade, the G-20 is a forum for emerging economies and the world's richest nations to talk about global economic stability. Usually, G-20 finance ministers and central bankers gather. The Nov. 15 meeting will be the first head of state G-20 summit.

The Bush administration has been playing down expectations for the summit. But Eswar Prasad of the Brookings Institution says the forum needs to address calls to reform the World Bank and the International Monetary Fund to "give the large emerging market economies the seat at the table they deserve and the level of influence they deserve."

When it comes to reforming the international financial institutions, the Americans and Europeans always seem to get "cold feet," says Raghuram G. Rajan, a former chief economist at the IMF. He says there is "a certain amount of plausible deniability in this meeting" because this is a transition time in Washington. The Bush administration can just listen and not have to make decisions.

Rajan, who is a professor of finance at the University of Chicago Booth School of Business, says that "if enough of the other countries make their voices heard at this meeting and say we are not willing to go along with incremental change, it does put a lot of pressure on the Obama administration to respond, because this is a crisis that was made in America."

President-elect Barack Obama's administration also will have to think about what sort of diplomatic grouping would be most appropriate to deal not only with this financial crisis, but also other global challenges — from climate change to nonproliferation.

Most experts believe that China and India have to be invited to dinner — not just dessert — at G-8 summits. Zbigniew Brezinski, who was national security adviser under President Jimmy Carter, says the G-8 should expand to a G-14 or G-16.

"I think participation should be determined by some generalized definition of international influence, which means, yes, economy, money, but also military power and willingness to act on the global scene as a sort of responsible shareholder," Brzezinski says.

Brent Scowcroft, who was national security adviser for President George H.W. Bush, says, "There is no magic number." If you make the group too large, he says, it becomes unwieldy, and if it remains small, you leave out important players.