Accessibility links
Italian Crime Novels Make An International Splash Once renowned for its artists, Italy seemed to vanish from the world stage in the '80s and '90s. But two new novels, Clash of Civilizations Over an Elevator in Piazza Vittorio and Sicilian Tragedee, show Italian culture enjoying an international comeback. 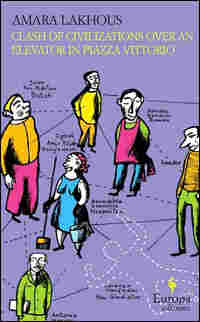 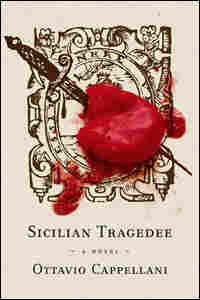 When Barack Obama was elected, surely the most startling reaction came from Italian Prime Minister Silvio Berlusconi, who called the new president "handsome, young and also suntanned." Now this was a dumb thing to say, but what made it even dumber was that Berlusconi seemed to think his words charming. Mortified Italians flooded The New York Times with letters expressing their horror.

You see, Italy has been busy fighting a sense of cultural irrelevance. From the '50s through the '70s, Italy was renowned for its artists — Fellini, Antonioni, Calvino — but in the '80s and '90s, it seemed to vanish from the world stage. One reason Berlusconi's remarks were so unwelcome is that Italian culture has been enjoying an international comeback. It's making terrific movies like the upcoming Gomorrah, which may be the year's best film, and producing a blizzard of enjoyable novels, like the two I've just finished reading.

The first is called Clash of Civilizations Over an Elevator in Piazza Vittorio. It's by Amara Lakhous, an Algerian immigrant to Italy who's dazzled the locals by writing so brilliantly in Italian. Set in the center of Rome, it's a small book with a big meaning.

Its premise is simple: When a tenant is found murdered in an apartment building, the police question his neighbors. They all offer their private version of the truth about Italian life and about the prime suspect, an Arab immigrant named Amedeo who has disappeared. This set of witnesses includes the Neapolitan concierge who hates immigrants, the Iranian refugee who hates pizza, the Milanese professor who thinks southern Italians are barbarians, the Peruvian domestic who keeps being sexually assaulted and the lonely woman who's just obsessed with her missing dog.

As these witnesses talk, the book slowly offers us a portrait of a whole culture. Not only does Lakhous take us behind doors normally closed to tourists — so that's what people are like in those apartment buildings, we think — he offers a sly anatomy of what it means to be an Italian. The only character everyone praises is the murder suspect, Amedeo, on whom they project their fantasies. The Italians are convinced he's a fellow Italian because he speaks the language so well and is such a gentleman. His fellow immigrants think he's like an upgraded Italian — version 2.0 you might say — who knows Rome better than the locals but has a generosity born of hard experience abroad. Nobody believes he could actually be the killer.

I won't spoil things by revealing whether Amedeo is guilty. Besides, the mystery isn't really the point. What's memorable about Lakhous' novel is what he shows us of an often inward-looking nation confronting the teeming vibrancy of multicultural life.

You get a wilder take on the same subject in Ottavio Cappellani's Sicilian Tragedee, an exuberant crime novel with a plot as twisty, one might say, as a plate of linguine. The action centers on a production of Romeo and Juliet, circled by a menagerie of characters including a gay director; two rival Mafiosi, one with a beautiful, trampy daughter; a wizened old countess who enjoys watching people die; plus assorted bureaucrats, vain actors and long-suffering wives. The result is a black comic explosion of plots and counterplots, murders and reprisals.

The Sicily Cappellani gives us is almost the opposite of the Scandinavia found in the glum, gray-skied crime novels by the likes of Henning Mankell and Karin Fossum. Where their mysteries are all about a stolid, orderly society restoring itself after being violated by murder, Cappellani's sunny, gleefully farcical book offers us a land where there's no rational order to restore.

This isn't the Old World Sicily of Lampedusa's The Leopard. These days, Mafia guys boast of their property in London, Hollywood turns up to shoot Ocean's Twelve and government officials woo tourists with talk of "enogastronomy." Yet this doesn't mean that the Old World has been completely washed away by the flood of designer jeans and cell phones. The island, Cappellani suggests, still hasn't escaped the clutches of its aristocrats, Mafia chieftains, and millennial ideas of honor. Sicily's caught in a wrestling match between the ancient and the new.

In Lakhous' novel one of the characters talks about Italian society being trapped in the logic of catenaccio, the term used to define the locked-down, hyper-defensive strategy that long defined Italian soccer. Lakhous and Cappellani show that this cultural catenaccio is loosening. Reading their novels, you can see Italy opening itself up and asserting itself as part of the wider world, even if its prime minister often seems lost in his provincial past. 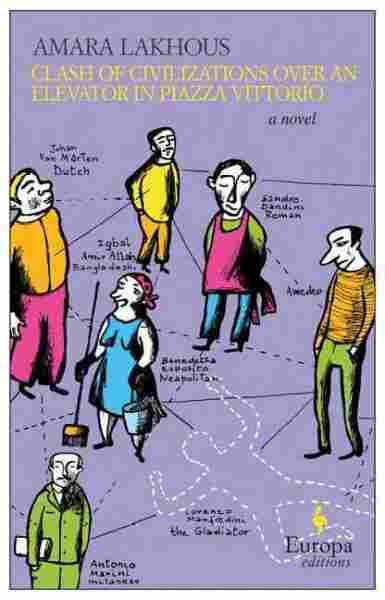 Clash of Civilizations Over an Elevator in Piazza Vittorio

by Amara Lakhous and Ann Goldstein 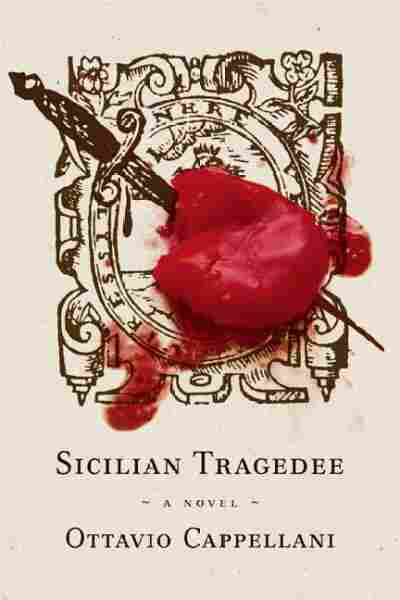 by Ottavio Cappellani and Frederika Randall