Accessibility links
Beatles' 'Eleanor Rigby' Mystery May Be Solved Eleanor Rigby may be a real person after all. A 97-year-old document up for auction in London later this month seems to contain clues about her identity. The current owner of the document, Annie Mawson, gets to the heart of the mystery surrounding The Beatles' iconic song. 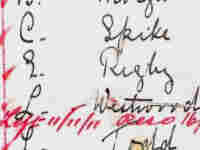 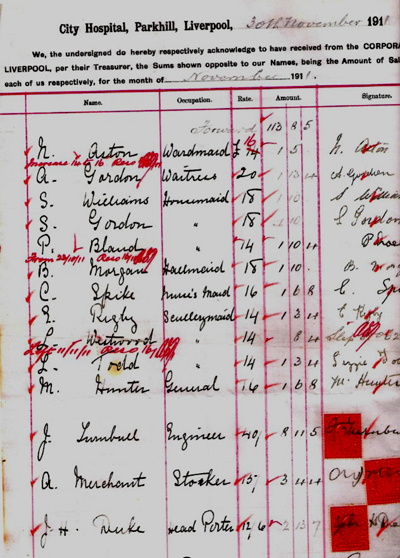 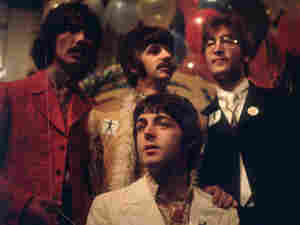 Legend has it that Paul McCartney made up the name "Eleanor Rigby," but a 1911 document may hold the key to a different story. BIPs/Getty Images hide caption

There are plenty of stories about the origins of The Beatles' song "Eleanor Rigby."

Legend has it that Eleanor Rigby was a fictional character — that the two names were chosen by Paul McCartney based on an actress he knew and a liquor store in Bristol. But there may well have been a real Eleanor Rigby, and Annie Mawson says she may have proof.

Nearly 20 years ago, Mawson wrote an emotional 11-page letter to Paul McCartney explaining, she says, about "the transformative power of music, and especially how some of his songs have helped our children communicate. ... It was just full of stories of the children who had improved so much through music, who didn't even speak."

About nine months later, a response arrived in the mail.

"The envelope was exciting, because it was a brown envelope stamped with his Paul McCartney World Tour logo, unique to him," Mawson says. "So I was very intrigued, because I knew it had to come from him. And inside this envelope was a beautiful ancient parchment from 1911, from a hospital in Liverpool. And on the document, there were three stamps. I saw it was a roll call of names, and they'd all received their wages. And one of them was a scullery maid, called E. Rigby. And she'd received one pound three and 11 pence. And then she had signed for her money."

Though Paul McCartney has often said Eleanor Rigby wasn't a real person, Mawson says she believes this document is proof that there was, in fact, a real Eleanor Rigby who inspired the song.

"Why else would he send me it? That's what I don't understand if it isn't," she says. "Maybe it is just another pointer into why he did write 'Eleanor Rigby.' All I know is that he sent me this beautiful document."

The page is up for auction on Nov. 27, and Mawson says it's expected to sell for as much as 500,000 pounds. "The sooner we can get the money," she says, "the sooner we can build our center."

The auction price isn't the only benefit "Eleanor Rigby" has had on Mawson's work with Sunbeams Trust; the song is also part of the program's musical therapy.

"I actually play the harp and sing, and a lot of the songs are very poignant," Mawson says. "And I could say that we cry a lot at Sunbeams. But we also laugh a lot. And I think people need to. But I think there's a time and a place for the right music, and that's one of the songs we love."