Accessibility links
Guess Who's Coming To Dinner Now? Republican Rod Dreher says conservatives and environmentalists may have common interest in America's food production. He says the next president needs to chew on some fresh ideas about farming.

Guess Who's Coming To Dinner Now?

Guess Who's Coming To Dinner Now? 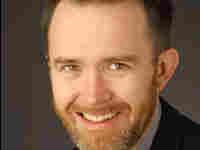 Rod Dreher is a columnist and online editorial page editor for The Dallas Morning News and writes the Crunchy Con blog for Beliefnet.com.

OK, so I didn't vote for you. I'm a conservative — what did you expect?

If it's any consolation, I didn't vote for your opponent either. I wrote in Wendell Berry, the agrarian poet and essayist. I think the Kentucky gentleman is a Democrat, but he's one cultural conservative that many of us young reformists on the right are embracing.

Interest in food culture and localism is rising among younger Americans — and there are potential political alliances in that. As the journalist Michael Pollan observed in a recent New York Times Magazine piece — a story, by the way, you said you read — the movement toward local, sustainable farming is no longer coming only from the left.

In fact, the best place to get organically and humanely raised meat here in Dallas is from area farm families who are, no kidding, fundamentalist Christians. They farm that way because they believe God requires good stewardship of the land and its creatures. One of the farmers told me that though he's a Republican, he sometimes has more in common with liberals who share his ethic of stewardship than he does with suburban members of his own party. Yep, I know the feeling.

Every single day we Americans wake up to more evidence that we have all been living far beyond our means for too long. Our way of life is broken. We can't keep on living like we do. Part of that brokenness is in the way we feed ourselves. There's a growing conviction in this country that our food system has to be reformed. Bigger isn't better — in fact, in many ways it's worse. We need change.

We have to quit subsidizing agribusiness. We need policies that encourage the building of local food economies, not ones that depend heavily on fossil fuel transport. We need reform of regulatory codes that purport to protect the public's health, but really shield agribusiness from local competition. Joel Salatin is a libertarian Evangelical farmer who is a hero of us "small is beautiful" agrarian types. He argues that the best thing the government can do is to get out of the way and let America's small farmers compete in a truly free market. This is not what you're going to hear from ex-Iowa Gov. Tom Vilsack, reportedly in the lead to be your Agriculture Secretary. Mr. President, selling out to Big Corn is not change we can believe in.

May I suggest dinner? Let agribusiness lobbyists feed their faces at The Palm. You break bread at the White House with guests like Wendell Berry, Joel Salatin, Michael Pollan and Will Allen, the urban gardener who just won a MacArthur Foundation grant for teaching inner-city folks how to raise their own food. Lend them your sympathetic ear. And by the way, why not set a good example by planting a kitchen garden on the White House lawn?

Just so we're clear, we social and religious conservatives are going to stand against you when we think you're wrong. But taking care of the land and building traditional food cultures are areas where conservatives and liberals can not only find common ground, but sow seeds in it that will bear good fruit for us all.