Accessibility links
Shining A Light On Homosexuality — On Talk Radio John Brown was once compelled to call in to a radio talk show about homosexuality. He was eventually invited to the studio that night to share more of his views. He went — and his life took a turn.

Listen
Shining A Light On Homosexuality — On Talk Radio 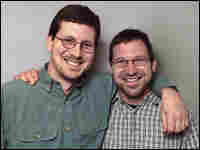 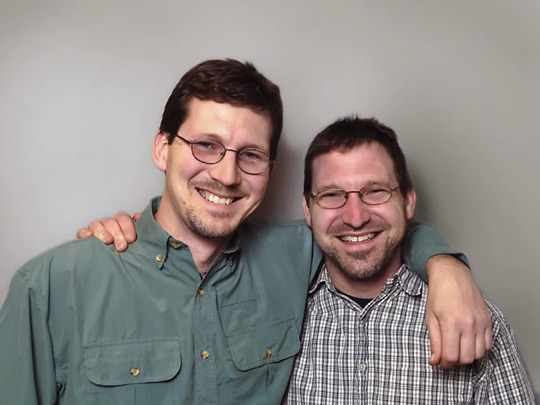 Life's defining moments can come at surprising times. For John Brown, his life came into focus in 1993, when he heard a radio program attacking homosexuals.

Brown was on his way to work, but he had to pull over.

Speaking about that day with his brother, Paul Corbit Brown, John recalled, "The announcer was saying all these terrible untrue things about gays and lesbian people."

He used a pay phone to call the station — which used the tag line "Joy and Praise" — to complain about the show.

"If you're going to talk about gay and lesbian people," John said, "you should have somebody gay or lesbian on the show to provide a balanced perspective, in the very least."

A man at the station said they had never been able to get anyone who was gay or lesbian to talk on the air.

He was offered 10 minutes on the next live segment — and he accepted. Then he thought about what was about to happen.

"I went to the Hardee's across the street, and I got $5 in quarters, and I called everybody I knew. And I said, 'You've gotta call in to this show, because I'm absolutely petrified.' "

The radio station studio had a bare light bulb in it, John remembers.

"We went through the first 15 minutes," he said, and the show host told him, "I'm sure you won't want to stay."

"No, I'm perfectly comfortable," John answered. "I'll sit here until you're ready to turn off the microphone."

"And we sat there for another 2 1/2 hours," John remembers, "and talked about these issues. I was just as comfortable as I could be, because what I was there to say, I owned."

He came away from the experience empowered, John told his brother — despite the fact that "99.9 percent of the callers who called in to that show just talked about me like I was a dog."

"What mattered is that there was somebody out there in that audience who was listening — who needed to hear it was OK. And that was the only person I was worried about."

John's ability to walk his talk, his brother told him, is one thing that makes him rare — and something that he admires about him.

"My relationship with you has had one of the most profound effects on who I am as a person," Paul said. "There will never be words for it, but thanks."

"I appreciate that," John answered. "I really do."