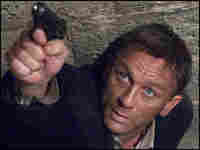 License to spill: James Bond (Daniel Craig) is back, but his latest movie's kind of a mess. Karen Ballard/Sony Pictures hide caption 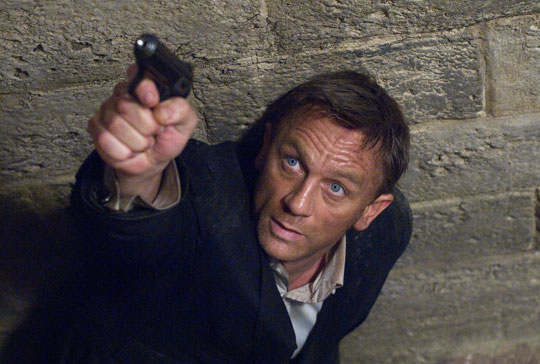 License to spill: James Bond (Daniel Craig) is back, but his latest movie's kind of a mess.

Rated PG-13 for intense sequences of violence and action, and some sexual content.

Bond With A Broken Heart: 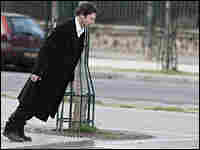 He plays a villain in Quantum of Solace — but Mathieu Amalric's character in A Christmas Tale is so different you might not know it's the same actor. IFC Films hide caption 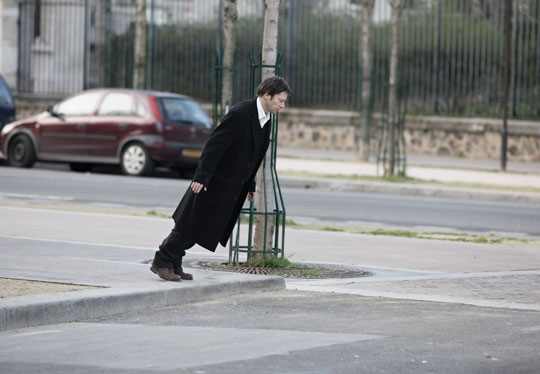 He plays a villain in Quantum of Solace — but Mathieu Amalric's character in A Christmas Tale is so different you might not know it's the same actor.

You're going to be seeing a lot of a certain French actor in the next few weeks — whether your taste runs to the art-house or to the mainstream.

If you think of Mathieu Amalric as "the guy from The Diving Bell and The Butterfly," that's going to change. He's in two completely different new films. One is as familiar as it sounds, while the other sounds familiar but definitely is not.

The familiar item is the 22nd James Bond epic, Quantum of Solace. It's the second film to star the dashing Daniel Craig as the devil-may-care British secret agent who makes his own rules.

This time out, Bond is determined to avenge the death of his girlfriend — and that, according to Judi Dench's M, has made him a bit of a loose cannon.

Still, as Bond fans know, these films are only as good as their villains, and Amalric has that role this time, playing a gentleman with the temerity to masquerade as an ecological warrior while planning to plunder the planet.

He's a standard-issue Bond baddie, and to watch Amalric struggle to add some life to a hapless part is to understand how much even fine actors are dependent on the words written for them. Which brings us to A Christmas Tale, the story of three generations of a family gathered under one roof to celebrate the holiday and endure one another.

Stifle those yawns: In the hands of French filmmaker Arnaud Desplechin, this familiar conceit comes to vivid and astonishing life.

Part of the credit goes to our friend Amalric, who's given one of the juciest roles of his career and runs with it. He plays the family's ne'er-do-well brother, a sibling so irritating his words cause dinner table riots.

And the difference between Amalric's two performances is so great its like we're watching two completely different actors. The Bond film is as dead as yesterday's formula, its emphasis on action killing everything in its path.