Accessibility links
In 'Wonderland', Scenes Of Soviet Dissolution Growing up during the Reagan era, Jason Eskenazi heard so much about "The Evil Empire" that when the Berlin Wall came down, he had to go visit it. He ended up spending more than a decade photographing life in the former Soviet Union. 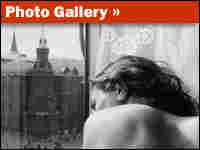 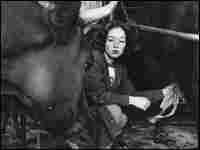 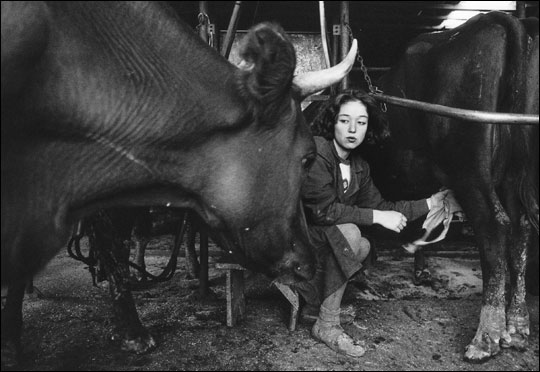 A young woman milks a cow in Kazakhstan. 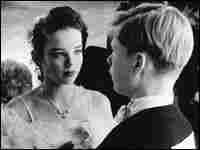 A young couple at a dance. Jason Eskenazi hide caption 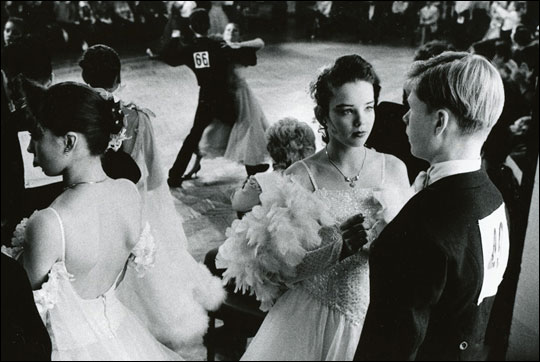 A young couple at a dance.

When Jason Eskenazi was growing up in Queens, N.Y., during the Reagan era, he kept hearing about this mysterious thing — "The Evil Empire." He became so curious about it that once the Berlin Wall fell, he decided to visit and to document what he saw.

"I wanted to see history," says Eskenazi, who, in his day job, works as a security guard at New York's Metropolitan Museum of Art. "I was not trusting what I was reading or seeing. I wanted to see it for myself, to go to the source of it."

Eskenazi spent more than a decade photographing life in the former Soviet Union and has just published his photographs in a book, Wonderland: A Fairy Tale of the Soviet Monolith.

Eskenazi says the trip felt like moving back in time to a place with no advertisements and fewer cars on the road. Women wore summer dresses.

"There were all these things from 50 years ago, and everything looked like the photography that I was brought up on," he says.

Eskenazi found few restrictions in those early days. He traveled thousands of miles, through seven time zones and entered factories and prisons in Siberia. Though he didn't speak Russian initially, he quickly learned the words for, "Where is the wedding?" or "Where is the funeral?" so he could enter into ritual and community life.

In one photo, a milkmaid with mud-stained shoes in Kazakhstan looks out dreamily as she milks a cow. The next photo features a young woman of similar features and age, but well dressed and dancing with a young man at a waltz competition. It's almost as if the first picture is dreaming the second.

At another point in the book, a woman jumps up in a park. She almost seems in flight, like the dreams of space flight that many people associate with the Soviet Union. But the next picture is totally ironic: A woman is dusting off a stuffed dog in a museum. It is, in fact, one of the dogs that went into space.

Eskenazi says symmetry is important in his photographs, but there also has to be "some edge or funniness or irony to it, and it also has to have some romance and longing."

Documentary photographer Gene Richards says that although Eskenazi uses irony and metaphor, none of it is pre-orchestrated:

"Most photographers today either do art photography or create blunt, in-your-face messages," he says. "The place he went to could be seen in a million ways, but Eskenazi always seems to capture the little non-moments, the lonely souls."

Eskenazi, who took the title of his book from Alice in Wonderland, likens the breakup of the Soviet Union (and the food and security provided by the Communist Party) to the end of childhood.

"When the Berlin Wall came down, it was almost as if they were set out on a journey to find themselves and who they were after 70 years of a childhood," he says.

Eskenazi says his photographs are about the difficulty of losing what you always thought would be there. "We often confuse the memory of our childhood, even if was terrible," he says. "Even if we were in a horrendous situation in childhood, it was your childhood.

"What I realized was that the people I was encountering had a nostalgia for tragedy. That was my great lesson. That was my maturation." 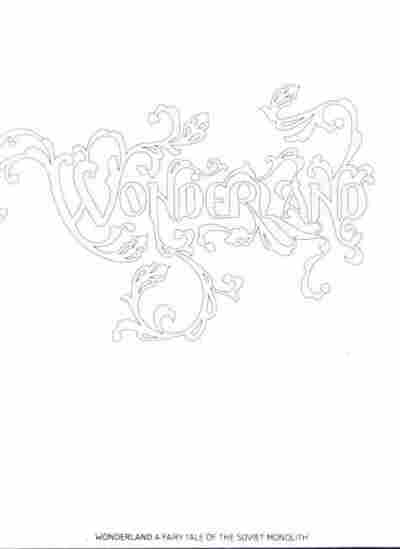 A Fairytale of the Soviet Monolith