Accessibility links
Who Murdered China's Emperor 100 Years Ago? One hundred years ago Friday, a crime was committed behind the imposing oxblood-red walls of Beijing's Forbidden City: An emperor was murdered. But there was no proof — until now. New tests show that Guangxu Emperor ingested a fatal dose of arsenic. And historians say his own aunt was the mastermind behind his murder. 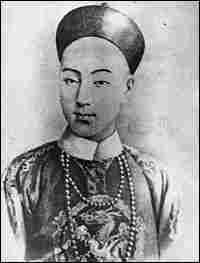 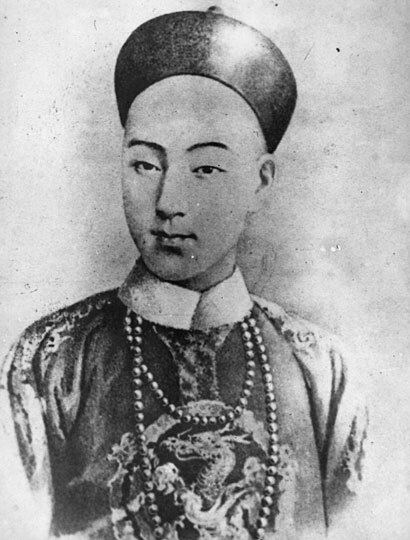 Guangxu, China's emperor from 1875 to 1908, probably met his death by arsenic poison. 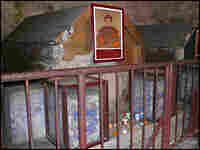 Guangxu Emperor's tomb, where his remains lie, alongside those of his wife. Louisa Lim/NPR hide caption 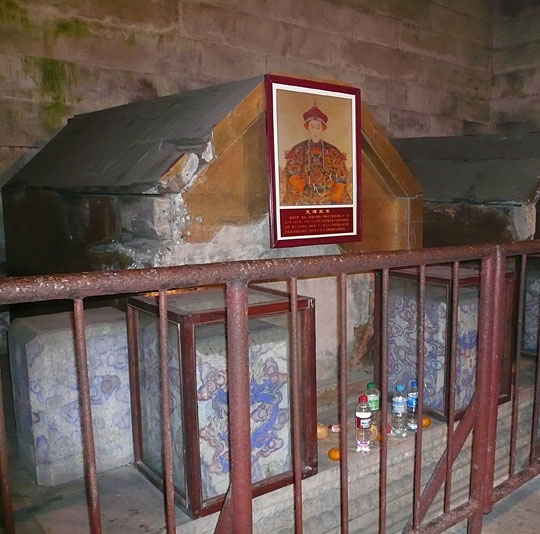 Guangxu Emperor's tomb, where his remains lie, alongside those of his wife. 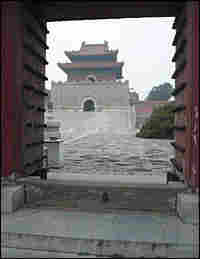 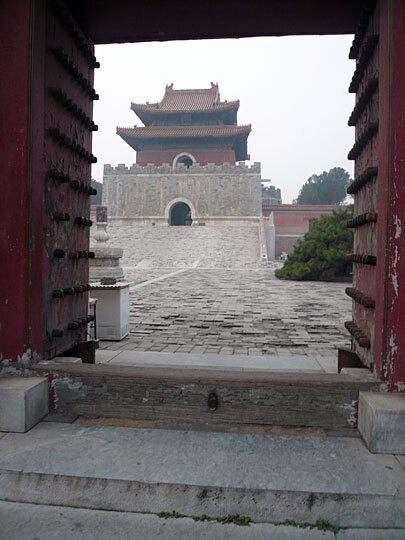 Outside view of Guangxu Emperor's tomb, located about 100 miles southeast of Beijing. 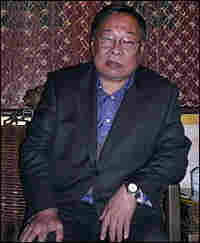 Jin Yuzhang would have been China's emperor if the Qing dynasty had survived. He says the mystery of his ancestor's death has now been solved. Louisa Lim/NPR hide caption

One hundred years ago Friday, a crime was committed behind the imposing oxblood-red walls of Beijing's Forbidden City. It was the ultimate crime: the murder of an emperor. But it remained a rumor or had been covered up. Until now.

The victim was the second-to-last emperor of the Qing dynasty — Guangxu, a tragic figure in Chinese imperial history. He was just 38 years old at the time of his death. He had been the victim of a palace coup following political differences with his aunt, the Empress Dowager Cixi.

Qing historian Joseph Esherick of the University of California, San Diego describes what happened: "He had led a very vigorous program of reform 10 years earlier, in 1898, after which he had been deposed by the empress dowager and had then been held in their sort of palace arrest from that time forward."

Guangxu died just 22 hours before the 74-year-old Empress Dowager Cixi. Imperial medical records indicated that Guangxu's death was due to natural causes. But even then, there were rumors of murder most foul. Now modern science has uncovered the truth.

"We took a hair measuring 10 inches, and after analysis, we found its arsenic content was 2,400 times higher than normal," says Zhu Chenru, deputy director of the National Committee for the Compilation of Qing history. The research was carried out over the past five years by his institute, the China Institute of Atomic Energy, the forensic lab of the Beijing police and China Central Television.

They also compared strands of the emperor's hair with those of someone who had suffered chronic arsenic poisoning, in order to exclude the possibility that the emperor could have been poisoned over time by taking Chinese medicine, which has tiny amounts of arsenic.

They also tested seven bones, and the clothes in which the emperor had been buried. They found that the clothes covering his stomach had a higher level of arsenic than the other clothes. Their final conclusion was that Guangxu had died of acute arsenic poisoning.

Was It The Eunuch, With The Yogurt, In The Palace?

So, who was the murderer? The empress dowager had the motive. She feared if Guangxu outlived her, he would restart his reforms and undo her work. As to who administered the poison, there are five main suspects, including her favorite eunuch servant, Li Lianying.

But Zhu says only one person could have made the decision to kill. "One thing is certain: The empress dowager was the mastermind. All these people were her cronies, and it would be impossible for outsiders to come into the palace to poison the emperor."

Anecdotal evidence suggests that the poison could have been placed in a simple bowl of yogurt. The minister of rituals in the Qing court, Pu Liang, passed this account down orally to his great-grandson, Qi Gong, who has since died.

Zhu tells the story: "His great-grandfather told him he'd seen a eunuch coming out of the empress dowager's room carrying a bowl. He asked what it was. The answer was, 'Yogurt. The empress dowager asked me to give it to the emperor.' Two hours later, he heard weeping from the emperor's living quarters and shouts of 'the Emperor is dead.' "

Symbolism And Relevance In Modern China

For Esherick, the American Qing historian, the research has modern relevance. He says there has been intense interest in the findings in China, including newspaper articles questioning whether China might have become a constitutional monarchy had Guangxu not been murdered.

"To me, the interesting thing is that this represents a kind of yearning for a history of modern China that's not just a story of revolution, that's the story of reform within the system," Esherick says.

For the Chinese Qing historian, Zhu, the symbolism is quite different. He says taking part in the research was a moving experience for him.

"I was wearing gloves, and I touched the emperor's bones. A hundred years ago, he was the supreme ruler, and ordinary people weren't even allowed to look at him. But 100 years later, an ordinary person like me can touch his bones. History is like that," Zhu says.

These findings are more personal for one man. Jin Yuzhang would have been the emperor of China if the Qing dynasty had not been overthrown. As Guangxu's nephew's nephew, and nephew to Pu Yi, China's last emperor, he would have been the oldest male in his generation. Nowadays, this heavyset 65-year-old wearing thick spectacles is a government official.

He accepts the new findings as finally ending the "mystery" of his ancestor's death. He believes Guangxu was murdered by the empress dowager to stop his reform program.

"He wanted to change the country for the better. And in the end, he sacrificed his life for the sake of national unity and social progress," Jin says.

Jin doesn't believe that his ancestor's death changed the course of Chinese history.

"The Qing dynasty was already at its end," he says. "If the reforms had been successful, it might have lasted a few years longer. But the feudal society didn't fit the needs of the times." And, echoing the words of Communist leader Mao Zedong, he concludes, "If you don't destroy the old world, you can't build a new world."

Guangxu Emperor's last resting place is a wooden coffin inside a huge underground stone vault. Local people have placed very simple offerings in front of his tomb, including fruit, bottles of water, pieces of candy. They and his descendants will be hoping that 100 years on, finally knowing the truth, the soul of this murdered emperor will be able to rest in peace.