Accessibility links
Comfort Foods For A Weary World In turbulent times like these, don't we all need a little comfort food? As world leaders converge in Washington, D.C., this weekend for the Group of 20 financial summit, we asked cooks about soothing foods from their homelands. 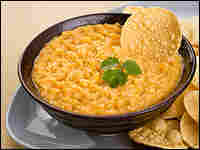 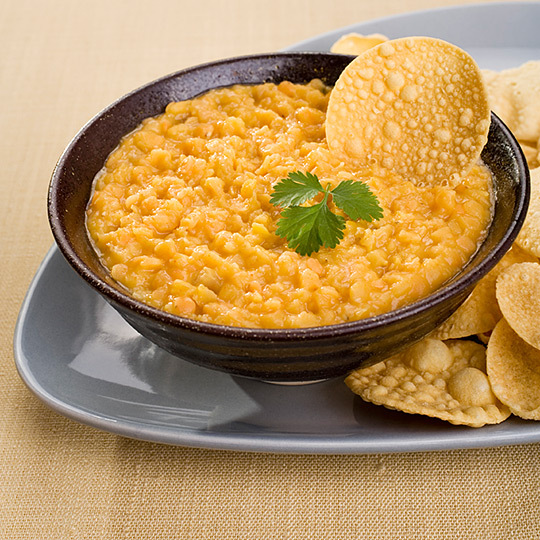 A bowl of lentil curry, otherwise known as dal.

Americans have seen a lot in the last few months. Failed banks. Frozen lending. A stock market like a weary phoenix, rising from its ashes then plummeting again. In turbulent times like these, don't we all need a little comfort food?

Comfort food, it turns out, is a global phenomenon.

As world leaders converge in Washington, D.C., this weekend for the Group of 20 financial summit, we asked cooks from their native countries about the comfort foods of home.

Take Germany. It's Europe's largest economy, but it just entered a recession for the first time in five years. That must keep Chancellor Angela Merkel up at night. Erich Christ, owner of the Black Forest Inn in Minneapolis, said Merkel could probably use some jaeger schnitzel. And sauerbraten. And spaetzle. Not to mention bread dumplings and red cabbage.

For the uninitiated, Christ describes jaeger schnitzel as "a slice of veal, with wild and domestic mushrooms." Sauerbraten is marinated beef, "the epitome of German food," and spaetzle is a dumplinglike egg noodle.

Christ grew up in Mannheim, Germany, during the post-World War II era when food was scarce. He described the aroma that should waft from the kitchen during the preparation of the ideal comfort meal: one of vinegar and cinnamon, both sweet and sour.

Indian cook Madhur Jaffrey also grew up during trying times — the partition of her homeland into India and Pakistan. She now lives in New York, but for her comfort food she chose a dish that's prepared in every Indian household, no matter how humble. Dal — split peas or lentils — is a dish that's seasoned with cumin, chili, mustard seeds, onion or garlic.

"When people ask me, 'What would you like to eat that will really make you feel very comfortable and wonderful and soothed?' I always say dal and rice."

And what makes it comfort food?

Plus, she has read that President-elect Barack Obama loves to eat dal — and cook it too.

To ease the worry of her countrymen, Mexican cook Patricia Jinich picked enfrijoladas, which are corn tortillas dipped in seasoned and pureed beans, drizzled with Mexican cream, queso fresco and one of an infinite number of salsas. She says it's a Sunday meal, a family meal. And it ties Mexican households together.

"There is always a pot of beans being cooked in a Mexican home," Jinich says. "No matter where you are, it can be the north, the south, it can be the tiniest little town in the countryside or the fanciest mansion in Mexico City."

Families around the world are already united in their concern about the world's economic outlook. The most fortunate among them will be able to put aside their worries tonight over a plate of enfrijoladas, dal and rice, jaeger schnitzel or — what else?

Tell us your favorite comfort food and the memories it evokes in the comments section below.