Accessibility links
G-20 Summit Puts France's Sarkozy Center Stage The summit was the brainchild of French President Nicolas Sarkozy, who has gained new respect for his handling of the worldwide financial crisis. But in the European quest to ensure such a crisis never repeats itself, Sarkozy may risk butting heads with President Bush. 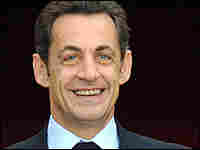 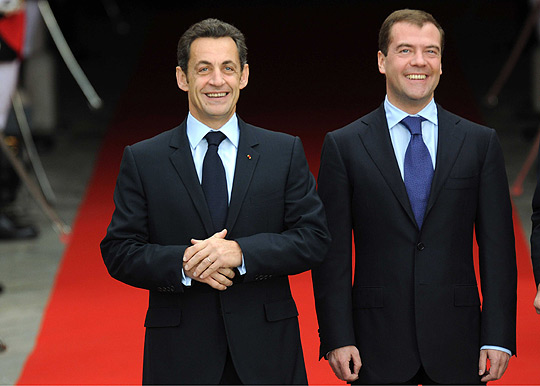 Leaders from 20 countries will be dissecting the global economic crisis at a weekend summit in Washington, D.C., that was the brainchild of Nicolas Sarkozy. The French president says Europe wants to make sure such a crisis never happens again by creating a new world financial system and putting morality back into capitalism.

But Sarkozy risks butting heads with President Bush, who says the world's capitalist system has worked well for 60 years and shouldn't really be changed.

Just before boarding the plane to Washington, Sarkozy held a news conference with Russian leader Dmitry Medvedev and made clear what he expected of this weekend's Group of 20 meeting.

"Strong decisions need to come out of this summit," Sarkozy said. "I'm not trying to be aggressive toward anyone in particular, but this summit can't be for nothing. We are all in the same boat with this grave financial crisis, and we're not out of the storm yet. We need deep, long-term structural changes."

Sarkozy and the Europeans want to change the rules of the financial game. They speak of more regulation, lower corporate salaries, global governance and binding multilateral measures enforced by international organizations — the kind of talk that makes American free-marketeers shiver.

For many years, the more interventionist European models were viewed with disdain in U.S. financial circles. But they may be making a comeback. Some analysts say Europe took the lead and proved more nimble at handling the crisis than the United States.

"This crisis appeared as a validation of our systems," says Claude Weill, editor of the French newsmagazine Le Nouvel Observateur. "People said, 'You see the horrible failure of the wild, unregulated U.S. capitalist model that was imposed on the rest of the world? Well, we have an alternative model.' "

Sarkozy has won praise for his handling of the financial crisis this fall and his negotiations to broker peace between Russia and Georgia this summer. With France holding the European Union presidency at such a sensitive time, Sarkozy is credited with empowering Europe by bringing it together to speak with one voice on important issues.

Once described as hyperactive, overbearing and unpredictable, Sarkozy is now hailed as effective and energetic by his European colleagues, and his poll numbers have shot up in France. Part of the reason for Sarkozy's success, says Philippe Dessertine, head of Paris' High Finance Institute, was America's lack of leadership during the crisis, which broke under an unpopular, lame-duck U.S. president and during a heated presidential race.

But the dynamics have changed, Dessertine says.

"So now there is a real president in the U.S.," he says. "There is a real man in action. And for everybody, including of course Nicolas Sarkozy, it will be important to have such a person in front of them. All the evolution that Sarkozy and all the European community is wanting must be accepted by the new president and the new administration."

Both Sarkozy and British Prime Minister Gordon Brown have spoken plainly about America's responsibility for the crisis. Both leaders have stuck their necks out because they realize there will be political benefits at home, says Jacques Regniez, professor at Paris' Political Science Institute.

"This crisis is really a historical turning point," Regniez says. "And it's obvious that all the leaders who are ambitious — and Mr. Brown, like Mr. Sarkozy, have still many years to manage in their political careers — they are not going to miss such an opportunity to have their names in history books."

Despite Sarkozy's insistence that the summit be substantive, expectations for real results this weekend are low. Real changes may have to wait for the next summit meeting, after Barack Obama takes office.