Accessibility links
Frost/Nixon Interviews Hit Broadway When Richard Nixon went on TV with David Frost in 1977, the former president had not given an interview since his resignation nearly three years earlier. A new play goes behind the scenes of a captivating Q&A. 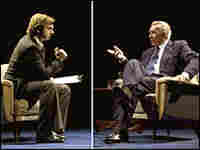 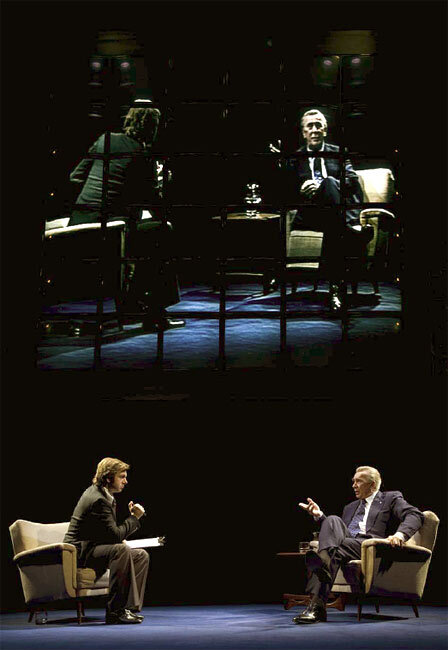 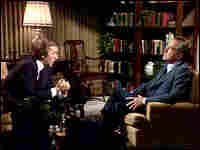 When Richard Nixon went on television to speak with David Frost in 1977, it was the first time the former president had given an interview since his resignation following the Watergate scandal.

The story of how those historic interviews came about, and how they played out, is dramatized in the play Frost/Nixon, opening on Broadway this Sunday.

Steve Inskeep talked to the man who plays David Frost and the writer who re-created the interviews for the stage.

Morgan says politics is not what attracted him to these stories.

"Relationships really interest me and in this particular case, there was a very dramatic context of how these two men were going into a sort of verbal head-to-head. It felt like a boxing match, but where words were the weapons," the writer says.

Sheen notes that both Frost and Nixon had a lot at stake going into the interviews. Both of their reputations were at stake and Frost put a lot of his own money into financing the interviews' production.

"They're in similar situations in that they both have to win this," Sheen says.

In writing the play, Morgan reordered much of the material from the interviews — and not all of the stage dialogue came from those conversations.

"So Nixon (played by Frank Langella) would sometimes say things that he actually said somewhere completely different.... But I felt at all times — and I'm pretty rigorous with myself — that what I was doing was not irresponsible," Morgan says.