Accessibility links
Stem Cells Used In Woman's Windpipe Transplant The pioneering operation used a section of windpipe engineered in a laboratory with adult human stem cells. Engineering new tissues and organs from stem cells has long been sought as a solution to overcome a chronic shortage of donor organs. 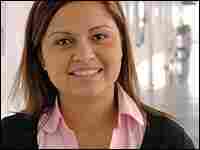 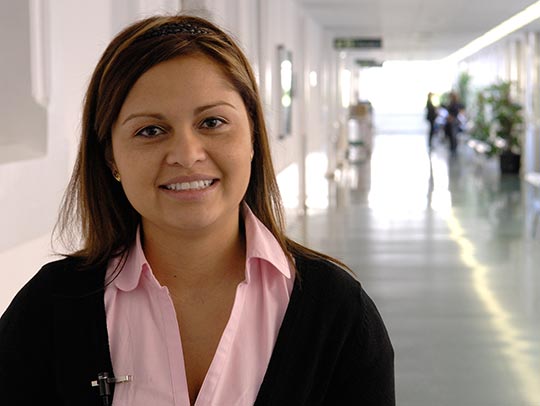 Doctors in Spain have implanted a new windpipe into a woman whose airway was badly damaged by tuberculosis.

The pioneering operation used a section of windpipe engineered in a laboratory with adult human stem cells, according to Dr. Paolo Macchiarini, of the Hospital Clinic in Barcelona, Spain.

Engineering new tissues and organs from stem cells has long been a goal of researchers, because it would help overcome a chronic shortage of donor organs.

But controversies over the source of stem cells have slowed research in the United States.

The new procedure did not use stem cells derived from embryos. Rather, doctors took adult stem cells from the bone marrow of Claudia Castillo, a 30-year-old woman who had long-term tuberculosis and whose left lung had collapsed.

Castillo was unable to walk or care for her two children. Originally from Colombia, she now lives in Barcelona, where the operation was performed.

After they were taken from her hip bone, Castillo's stem cells were sent to a laboratory at the University of Bristol, where doctors placed them in laboratory dishes so that they could grow more.

The British university has been at the forefront of stem cell research for more than a decade.

After millions of cells had been produced, scientists injected various chemicals to induce the cells to turn into highly specialized cells.

Especially critical were the cells that line the insides of the airway, says Bristol's Dr. Martin Birchall. These cells serve a crucial immune system function, fighting off diseases that enter the body through the airways.

They've been especially difficult to sustain in previous experiments, he says.

As the cells were growing in England, scientists began work on another crucial step — fashioning a kind of scaffolding out of tissue on which the new cells could grow.

They started with a trachea — a portion of the windpipe — taken from a 51-year-old man who had recently died.

The donor's trachea was rinsed with antibiotics, and most of the cells were removed with enzymes, a process that took several weeks.

What was left was the shell of the trachea, essentially made up of fibrous collagen.

Using the shell structure, scientists seeded the outside and inside with the cell cultures.

Over a period of four days, they applied nutrients and chemicals to promote the growth of new layers of tissues, which were composed of the same kinds of cells normally found in the trachea.

The airway was kept in a special container developed by scientists in Milan, Italy, and rotated continuously to ensure even growth.

In June, Castillo underwent surgery in Barcelona to have a portion of her airway removed — specifically, the left bronchus.

Surgeons took the newly created windpipe and trimmed it to the proper size, fitting it into place near the point where the trachea divides to supply both lungs.

All Has Been Well

Castillo recovered quickly from the operation and has not needed anti-rejection drugs. Such drugs are almost always used when tissues are transplanted from one person to another.

But because the stem cells coating the new windpipe were derived from Castillo's own bone marrow, it is thought that her body will not reject the new tissue.

Doctors report that she has been well in the months since the operation and "is enjoying a normal life." Tests show the implant is indistinguishable from the surrounding tissue.

Efforts to transplant tracheal tissues have been tried in a handful of cases, with varying degrees of success.

The Spanish case is believed to be one the first to use tissues engineered largely from adult stem cells.

The results of the Barcelona transplant were published online Wednesday in the medical journal The Lancet.