Accessibility links
What Obama Can Learn From FDR And Reagan Historian H.W. Brands says President-elect Obama can learn lessons from former Presidents Franklin Roosevelt and Ronald Reagan. Obama may consider a presidential blog a fireside chat for the 21st century. Like Reagan, Obama can offer hope to the American people.

What Obama Can Learn From FDR And Reagan

What Obama Can Learn From FDR And Reagan 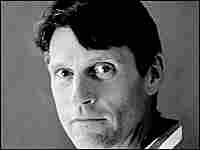 Historian H.W. Brands' latest book is Traitor to His Class: The Privileged Life and Radical Presidency of Franklin Delano Roosevelt. Brands is a professor of history at the University of Texas, Austin. Barton Wilde hide caption

Barack Obama is perhaps the quickest study in recent American history. As he looks toward his January inauguration, he might consider the experiences of certain other presidents-elect.

The closest parallel to Obama is Franklin Roosevelt. Likewise elected during times of economic turmoil, FDR was thought by his critics to be a lightweight. Yet Roosevelt accomplished two essential tasks at the very start of his administration:

First, he forged an emotional connection with the American people. Roosevelt put the bitter 1932 election behind him. He spoke forthrightly to all Americans. He laid out the grim condition of the economy. He told them they would have to sacrifice. But he explained that the burden would be shared. He followed up his inaugural address with the first of his fireside chats. Tens of millions of listeners heard FDR and imagined he was talking to them individually. No president had ever done this before; the effect was to make Roosevelt seem a member of the family.

Second, he reminded voters why they had elected him. Roosevelt campaigned on a platform of we're all in this together. This approach offered vital reassurance amid the chaos of the Great Depression, and it informed Roosevelt's New Deal. His bank reforms rescued the American financial system. Social Security guaranteed that America's elderly would not retire to poverty and despair. The WPA put Americans back to work.

Obama has made a solid start connecting with the American people. Now he needs to reach across the partisan divide to the rest of the nation. His medium certainly won't be radio. His campaign has made brilliant use of the Internet; a presidential blog might be Obama's equivalent of FDR's fireside chats.

His counterpart to the New Deal will necessarily include measures to revive the economy, but it must go beyond that. Universal health insurance can be his answer to Social Security. A clean-energy initiative can be his modern WPA.

A third lesson for Obama could come from Ronald Reagan's message of hope. The economy in early 1981 was disordered, and America faced daunting challenges abroad. But Reagan refused to be discouraged. "We have every right to dream heroic dreams," he proclaimed. "Those who say that we're in a time when there are not heroes, they just don't know where to look."

Obama's campaign preached hope from the beginning. But it's a message that can't be repeated often enough. Age always looks to youth for regeneration; Obama is ideally placed to carry Reagan's message of hope far into the 21 century.

Obama could be forgiven for wondering what he has got himself into. He might well fall flat on his face, overwhelmed by a dismal economy at home and conflicts abroad. But, as Roosevelt and Reagan could have told him, these challenges afford the opportunity to rise to greatness. The stage is set. The world awaits.

H.W. Brands' latest book is Traitor to His Class: The Privileged Life and Radical Presidency of Franklin Delano Roosevelt.