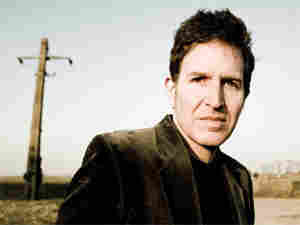 Former Dream Syndicate frontman Steve Wynn recently took a break from his current band, The Baseball Project, to record Crossing Dragon Bridge. Seeking inspiration, he traveled far from his New York City apartment to Ljubljana, Slovenia, where he crafted an album that sounds unlike anything he's done before.

Producer Chris Eckman insisted that Wynn make a completely solo record utilizing all his talents, including guitar, bass, keyboards and vocals, and the result is a stripped-down but lushly orchestrated collection. Wynn nicely reflects the mood of the territory in these songs, and in this interview, he describes how Slovenia took hold of the album's direction.