Accessibility links
Chicago Symphony Tops U.S. Orchestras The city of Chicago has one more thing to boast about: Its hometown orchestra, the Chicago Symphony, has been named America's top orchestra in a new critics' poll published in the venerable British magazine Gramophone.

Hear the orchestra, over the decades, with three of its charismatic conductors. 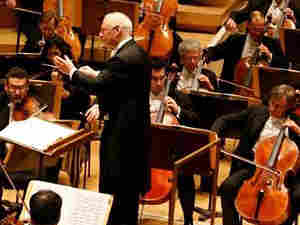 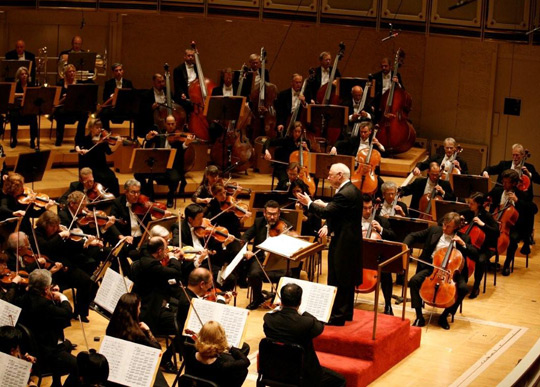 A brand new ranking of the world's symphony orchestras hits the news stands today, courtesy of the venerable British publication Gramophone. At the No. 1 spot is Amsterdam's Royal Concertgebouw Orchestra. But the top U.S. orchestra may come as a surprise to some.

Gramophone asked classical music critics from the U.S., Europe and Asia to come up with their top 20 favorite orchestras. After the lists were compiled, the Chicago Symphony came out on top in the U.S. Gramophone editor James Inverne says Chicago beat out some tough competition.

"Actually, this will be a surprise because a lot of people in America would, as a knee-jerk reaction, would rank the New York Philharmonic at the top," Inverne says. "Or, indeed, the Boston Symphony Orchestra, which has fantastic technical standards. But Chicago beat a further six orchestras, which were in our top 20, from America."

Inverne says he was inspired to conduct the poll because even though the level of musicianship is rising, there are far fewer orchestras these days that have an immediately identifiable sound.

"It's the equivalent, if you like, of having fewer great charismatic actors, and many more kind of good-looking actors who are fine playing everything, but you don't want to take away their King Lear."

"Chicago famously has this incredible brass sound," Inverne says. "And it just pins you to the back of your seat. And the way that that brass sound shoots out, exemplifies a lot about the orchestra, which is a sense of adventure in music-making."

The classical music critic for the Chicago Tribune, John von Rhein, wasn't surprised when he heard the news about his hometown orchestra taking the top spot.

"Not to be too Chicago chauvinistic," he says, "but the rankings confirm what those of us here in Chicago have felt for some time."

Von Rhein notes that the 107-year-old Chicago Symphony is not only in good health sonically, but also financially — something of a rarity for orchestras these days.

"As of June 30, the orchestra not only balanced its books, but turned up a modest surplus. They reported strong fundraising, with ticket sales exceeding 85 percent paid capacity, which is high for American orchestras."

While many American orchestras may be struggling financially, they are sounding good, at least according to Gramophone. Seven of the world's top 20, in the new ranking, are U.S. orchestras. And for James Inverne, that's good news. Much better, at least, than the din of backstage drama that sometimes rises above the sound of the music.

"Some of the time it feels like what we're hearing, above everything else about the American orchestral scene, is all the gossip and the intrigue, and the back-biting and conductors being ousted and critic being shuffled around, and all of this kind of thing, but when all is said and done [you Americans] do make some fantastic music."