Accessibility links
Randy Owen: After Alabama, Still Going Steady Randy Owen of the popular country band Alabama has just released his first solo CD, One on One. He's also the co-author of the memoir Born Country: How Faith, Family, and Music Brought Me Home. He talks about his new album, his home state and working with Dolly Parton. 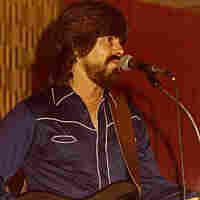 Owen during the early days of Alabama. Courtesy of the artist hide caption 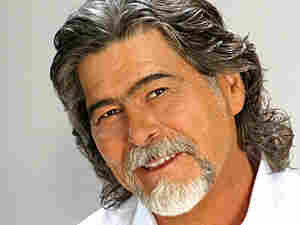 Former Alabama lead singer Randy Owen's new solo record is titled One on One. Courtesy of the artist hide caption

To understand Randy Owen's story, you've got to begin with Alabama — the state, but also the country music group he was in for three decades.

Owen grew up in Ft. Payne. He and his cousins, Teddy Gentry and Jeff Cook, spent the late 1960s playing at local parties and bars, and even in an amusement park. Drummer Mark Herndon joined the trio a decade later, and the group, Alabama, went on to sell more than 73 million records, scoring 42 No. 1 singles with songs such as "Love in the First Degree," "Mountain Music" and "The Closer You Get."

Alabama's hits were a mix of pop, country and rock 'n' roll. They paved a gold-record path for crossover stars such as Dwight Yoakam and Garth Brooks. After a 2003-04 farewell tour, Alabama retired from the road, but its members are still working on solo projects. Owen has just released his first solo CD, One on One, and is the co-author of the memoir Born Country: How Faith, Family, and Music Brought Me Home.

Owen says that going back to writing and recording music without his bandmates wasn't difficult.

"The writing part of my life never changes, because that's just when the inspiration comes," he says. "Or maybe you get the chance to co-write with people, which is an entirely different experience. They inspire you and hopefully you inspire them, and you play thoughts off of one another."

The song "Holding Everything," from One on One, was written by Dolly Parton. Owen and Parton came together through their mutual hairdresser.

"[The hairdresser] said, 'Oh my goodness, Randy, I can hear your voice on this song,' " Owen says. "She got permission from Dolly to bring the song over for me to hear it, and I really love the song."

"Let's Pretend We're Strangers" is based on advice Owen gave his brother-in-law, who was having problems getting his wife pregnant. At first, Owen didn't know what to say, but then says he had an idea.

"Have her go to the worst, meanest, nastiest bar in town, and have several drinks," he says. "You go in there and pretend you don't know who she is, that she's a total stranger. Then you get plastered along with her. Then y'all go to the worst motel there is in town, and all the time you're making love, say, 'God, please don't let me get her pregnant.' "

Did the advice lead to a happy ending?