Accessibility links
A Pakistani Journalist's View Of Afghanistan Ahmed Rashid says the United States needs to understand that his country's stance toward Afghanistan is affected by its long-standing rivalry with India. He says the international community should back talks between Pakistan and India. 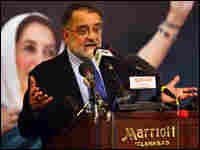 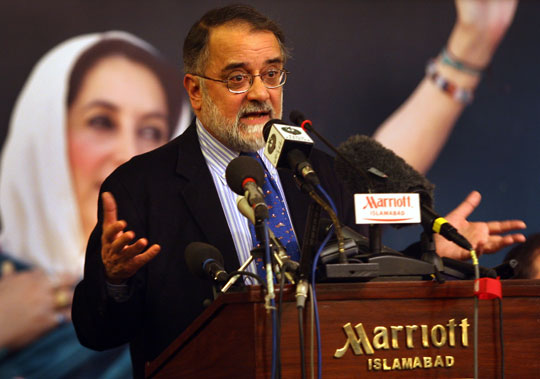 One major factor in reaching a resolution to the conflict in Afghanistan is the role of its neighbors, particularly Pakistan. A Pakistani journalist says the United States needs to understand that his country's stance toward Afghanistan is affected by its long-standing rivalry with India.

To start turning things around in Afghanistan, the U.S. must play a more prominent role in helping Pakistan and India resolve their differences, Ahmed Rashid says.

"If there would be a resolution to some of the disputes that exist between India and Pakistan, then perhaps the Pakistani military would feel less threatened by India, and therefore more willing to play the game of the international community in Afghanistan and stop backing the Taliban," he says.

Rashid, who co-authored a Foreign Affairs article titled, in part, "Ending Chaos in Afghanistan and Pakistan," tells NPR's Melissa Block that the lack of an Indian presence in Afghanistan during the 1990s was a "great victory for Pakistan." Now, Pakistan feels threatened by the possibility of India's renewed presence there.

"So we've had an escalating series of tensions between India and Pakistan related to the Indian presence in Afghanistan," Rashid says.

Internationally backed meetings between India and Pakistan could help lessen their "mutual suspicions and rivalries in Afghanistan," he says.

Rashid says the international community should also help strengthen the civilian government. Pakistan's intelligence service — the Inter Services Intelligence agency, which he called "a state within a state" — currently controls foreign policy along with the military, particularly in regard to Afghanistan and India, he says. And they are unlikely to give that control to the civilian government.

Rashid says the aid that the U.S. currently sends to the Pakistani military should be shifted to social and economic assistance for the civilian government — a move that he believes President-elect Obama's administration will make.

Rashid also said that an important decision the Obama administration will have to make is whether to support President Hamid Karzai in upcoming Afghan elections — although, he added, another viable candidate has not yet come forward.