Accessibility links
Jhumpa Lahiri's Struggle To Feel American Nationality, tradition and belonging: The themes of Jhumpa Lahiri's fiction spring from the complexities of the author's own life. Born to Indian parents in London and raised in Rhode Island, Lahiri says she's struggled for four decades to feel like she belongs in America. 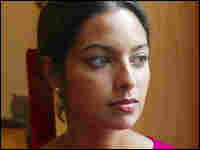 During this week of Thanksgiving — the most American of holidays — NPR is spending time thinking about what it means to become an American. The answers come from three noted authors — Junot Diaz, Jhumpa Lahiri and Joseph O'Neill — who've written about newcomers to the United States.

Nationality, tradition and belonging: The themes of Jhumpa Lahiri's fiction spring from the complexities of the author's own life. Born to Indian parents in London and raised in Rhode Island, the author of Unaccustomed Earth and The Interpreter of Maladies says she's struggled for four decades to feel like she belonged in America.

"For me," Lahiri tells Morning Edition's Steve Inskeep, "there is sort of a half-way feeling [of being American]."

But, she says, her parents never thought of themselves as American, despite the fact that they applied for and received citizenship.

"They've lived here now for more than half of their lives, and they raised a family here and now have grandchildren here. ... It has become their home," says Lahiri. "But at the same time, for my parents, I don't think either of them will ever consciously think, 'I am an American.' "

Lahiri says her parents were always isolated from mainstream American culture. Despite the fact that they spoke English, they were "betrayed by their accents." If the family went to buy a washing machine, the sales clerk would talk to Lahiri, assuming her parents couldn't understand.

"The accent, the fact that my mother wore traditional clothing — that marked them immediately as soon as we went out in the public sphere," says Lahiri.

Growing up, Lahiri's loyalty to her parents conflicted with her desire to fit in: "It didn't matter that I wore clothes from Sears; I was still different. I looked different. My name was different," she says. "I wanted to pull away from the things that marked my parents as being different."

Lahiri says her parents didn't mix with her friends' parents in an easy, comfortable way — not because they didn't want to, but because there was a barrier that they couldn't overcome.

"I think this was a two-way street," she says. "It wasn't just that they were afraid or unwilling — there was a fear, an unwillingness on both sides."

Lahiri says creating characters who also struggle with the immigrant experience has helped her confront the truth of her life.

"A lot of my upbringing was about denying or fretting or evading," she says. But through fiction, Lahiri says she's learned to accept that her parents will always be tied to two different parts of the Earth.

"It has been liberating and brought me some peace to just confront that truth, if not to be able to solve it or answer it," she says. 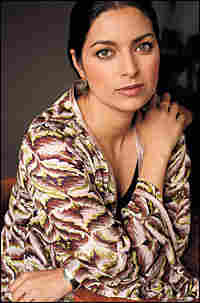 Why Lahiri Writes About Bengalis

'Life Is Not About Happy Endings'

Jhumpa Lahiri won a Pulitzer Prize for her first effort, the short story collection Interpreter of Maladies. Her second work, the best-selling novel The Namesake, was adapted into a Hollywood movie directed by Mira Nair.

For her third book, Unaccustomed Earth, Lahiri has returned to the short story form. Once again, she expertly plumbs the Bengali-American experience, following immigrants and their offspring while traversing borders and expectations. Upon publication, the book debuted at the top of The New York Times best-seller list.

Dwight Garner, senior editor of The Times' Book Review section, wrote in his blog: "It's hard to remember the last genuinely serious, well-written work of fiction — particularly a book of stories — that leapt straight to No. 1; it's a powerful demonstration of Lahiri's newfound commercial clout."

The collection of eight stories takes its title from a passage from Nathanial Hawthorne's introduction to The Scarlet Letter: "Human nature will not flourish, any more than a potato, if it be planted and replanted, for too long a series of generations, in the same worn-out soil. My children ... shall strike their roots in unaccustomed earth."

In an interview with NPR's All Things Considered, Lahiri said that when she read those words, she stopped. "I just thought about how much they stand for everything that I had been writing about: the experience of being transplanted, and people being transplanted."

Born in London and raised in Rhode Island, the author of Indian descent traveled regularly to Calcutta while growing up. Lahiri has written about the pressure she felt to stay loyal to the old world while being fluent in the new. That tension both fuels and graces her stories.

This reading of Unaccustomed Earth took place in April 2008 at the Sixth & I Historic Synagogue in Washington, D.C. 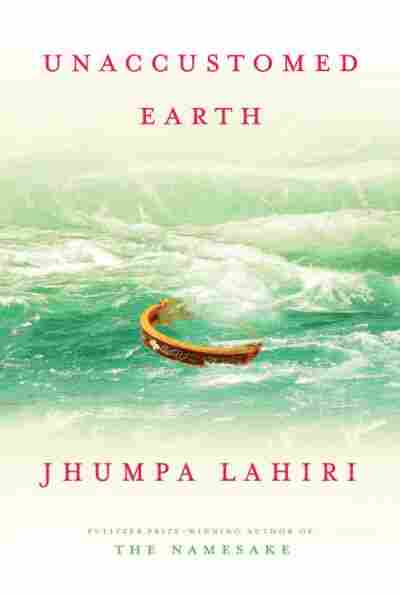 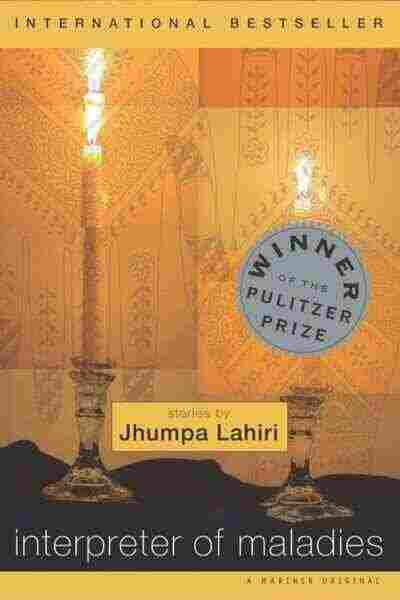