'The Secrets': Love And Dogma, At Odds In Israel

'The Secrets': Love And Dogma, At Odds In Israel 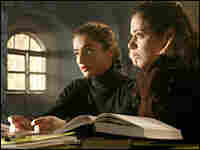 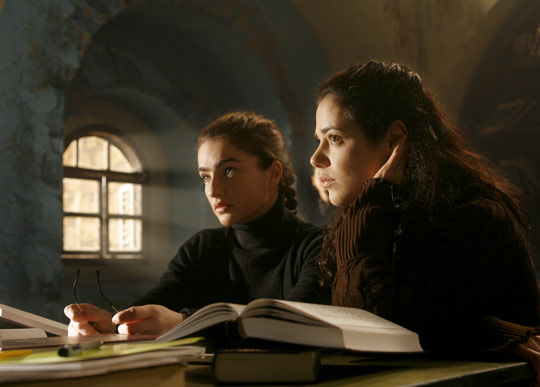 Sharing secrets: Noemi (Ania Bukstein, left) and Michel (Michal Shtamler) break rules when they use hidden kabbalistic knowledge to save a dying woman. 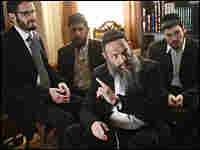 Although Rabbi Hess (Sefi Rivlin, center) sees marriage as his daughter Noemi's only future, he allows her to attend a women's seminary while she mourns her mother. Monterey Media hide caption 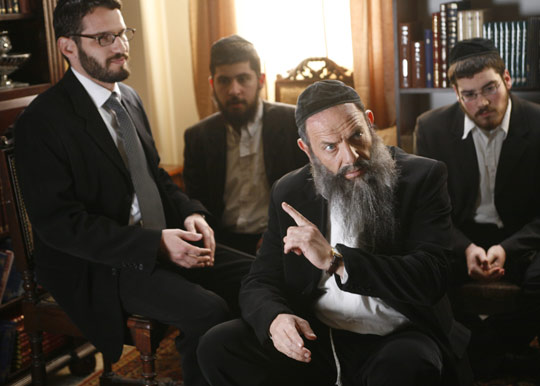 Although Rabbi Hess (Sefi Rivlin, center) sees marriage as his daughter Noemi's only future, he allows her to attend a women's seminary while she mourns her mother.

Noemi (Ania Bukstein) is the brilliant, intensely religious daughter of Rabbi Hess (Sefi Rivlin), who has allowed her to study the sacred texts even though he can imagine no future for her except as a wife and mother. Stunned by the death of her own mother, and not eager to marry imperious fiance Michael (Guri Alfi), Noemi receives her father's consent to postpone the marriage to study at a seminary for women.

The school is located in Safed, an ancient hill village of "unique spiritual energy." The town is crowded with holy sites, which will prove useful once Noemi meets her three roommates and joins with one of them in a quest to save the soul of a dying woman.

Noemi takes an instant dislike to one roomie, Michel (Michal Shtamler), a French-Israeli woman sentenced to the seminary by her father, so naturally the two are soon thrown together. Because part of the curriculum is tikkun — healing through both rituals and altruistic acts — Noemi is directed to deliver food to an enigmatic former Parisian, Anouk (the veteran French actress Fanny Ardant). Anouk doesn't speak Hebrew, so French-speaking Michel tags along.

An ex-con who is estranged from her children, Anouk is seriously ill and wants to make amends for the death of her lover, a painter whose carnal canvases shock Noemi and Michel. The two young women, fast becoming pals, decide to perform a series of tikkun ceremonies to cleanse Anouk.

These rites involve breaking some rules — and getting far more involved with the outcast Frenchwoman than the school's cautious headmistress intended. But Noemi and Michel's attempt to redeem Anouk is no more potentially scandalous than the kisses and caresses the two students begin to exchange.

Director and co-writer Avi Nesher's drama looks like a hard sell: The fervently religious probably won't appreciate the notion that love trumps dogma, while viewers who aren't averse to lesbian romance may be alienated by the often sympathetic treatment of fundamentalist theology.

Yet the film waltzes gracefully through such difficulties, only occasionally stumbling into melodrama. Nesher isn't capable of using cinematic images to convey mystical experiences, but he does know how to depict opposing outlooks without resorting to caricature. While Noemi's intended is a male-chauvinist pain, he's a believable one, and he's balanced by Yanki (Adir Miller), Michel's easygoing, klezmer-playing suitor.