Accessibility links
Ford Exec: 'We Are Sensitive To Public Opinion' Executive Chairman William Ford tells NPR that the automaker went to Congress last week to ask for a line of credit, but had hoped to "never need to use it." He also said the company is taking a look at the CEO's compensation and the company's plane operation.

Listen
Ford Exec: 'We Are Sensitive To Public Opinion' 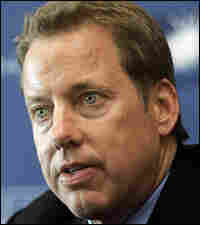 William Ford, the executive chairman of Ford Motor Co., says the company is asking Congress for a line of credit, but "we hope that we never need to use it." Bill Pugliano/Getty Images hide caption 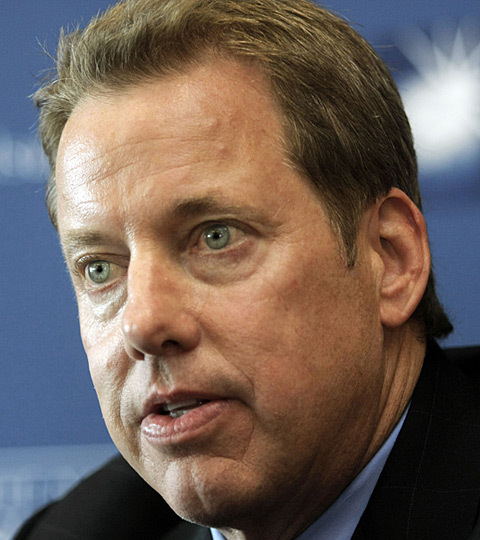 William Ford, the executive chairman of Ford Motor Co., says the company is asking Congress for a line of credit, but "we hope that we never need to use it."

President-elect Barack Obama said Monday he was "surprised" the auto executives didn't have a better thought-out proposal when the Big Three came before Congress last week.

The executives, including Ford Motor Co.'s CEO Alan Mulally, were sent packing after they came to Washington to ask for a $25 billion rescue package. In blistering hearings on Capitol Hill, Democratic leaders told them, "If you want the money, show us how you'll restructure to stay viable."

Ford's executive chairman, William Ford, says the setup at the hearings — which lumped the three companies together — made it difficult for each car company to tell its own story.

"Every car company is different and one size doesn't fit all," Ford told NPR's Melissa Block. "I think it was hard because the three car CEOs were sitting together, and yet each had an individual story to tell, but the format was such that it was tough to do that."

At the hearing, Mulally said that Ford Motor Co. — considered the healthiest of the three companies — is not in immediate danger of running out of cash, despite the company losing nearly $12 billion in the first three quarters of 2008.

"We actually made money in the first quarter — we were on track, and then the economy — the bottom fell out," Ford says. "It's been a rough couple quarters for us."

But Ford says the company has enough liquidity and it was looking for something different from Congress than what General Motors and Chrysler were seeking.

"We were asking essentially for a line of credit to draw upon if needed," he says. "We hope that we never need to use it."

Another contentious point that arose during the congressional hearing was executive pay. When Mulally was asked about his $22 million executive compensation package and whether he'd be willing to cut his salary, he said, "I think I'm OK where I am."

"We are very sensitive to public opinion, and it's something that we're on top of," he says.

And then there was the issue of the Big Three CEOs flying to Washington, D.C., on private luxury jets. Ford says he "gets" that it was the wrong signal to send to taxpayers.

"We're taking a real look at our whole plane operation," he says. "We've sold a number of planes already and we're taking a good hard look at the rest of them as well."

The Plan And The Chilly Reception

William Ford is known in Detroit as an environmentalist, steering Ford Motor Co. in a greener direction toward smaller, more fuel-efficient cars. As part of his company's plan to ask Congress for money, he says, that won't change. He says Ford Motor Co. is bringing its efficient European models to the U.S. and the company will build them here.

"We were already on this long before there were ever congressional hearings, and I think that was the right thing to do when we decided it several years ago," he says. "And it's even more the right thing today."

As for the Big Three's chilly reception in Washington, D.C., Ford says he was a bit surprised.