Accessibility links
Two New Bibles Preach A Hip, Eco-Friendly Gospel The Bible has gotten a makeover: Two new editions target a young — even secular — audience. One is a slick, illustrated version of the New Testament; the other is an environmentally friendly edition that takes advantage of the popularity of the green movement. 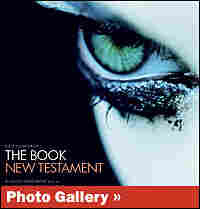 See images from the 'The Book' 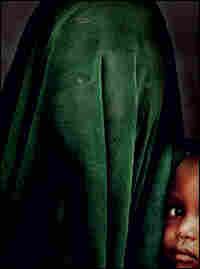 Mother and child: A veiled woman illustrates the story of Mary and Jesus in The Book. hide caption 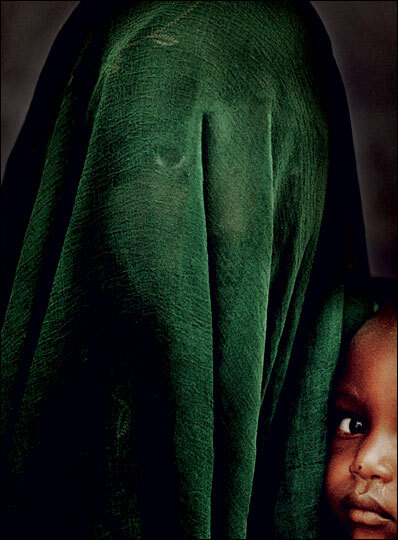 Mother and child: A veiled woman illustrates the story of Mary and Jesus in The Book. 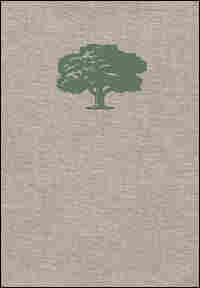 The epigraph to The Green Bible is from the Book of Genesis: "God saw everything that he had made, and indeed, it was very good" (1:31). hide caption

Two new Bibles targeting a young, hip — even secular — audience are hitting bookstores. One is a slick, illustrated version of the New Testament; the other is an environmentally friendly edition that takes advantage of the popularity of the green movement.

A Peek Inside 'The Book'

First, the flashy coffee-table Bible: Dag Soderberg, a secular Swedish advertising executive wondered why so few people actually read the "good book," so he set out to make it more appealing, with glossy photos and magazine packaging. The resulting publication is an illustrated version of the New Testament called Bible Illuminated: The Book.

"A coffee-table magazine is read by the many everyday, everywhere," explains Soderberg. "This is a way to make [the Bible] as available as any other magazine."

If you didn't know this was a Bible you might think The Book was a "goth" magazine, or perhaps something you'd find in a doctor's office. The front cover is a close-up of a translucent green eye, caked with black makeup and staring eerily from the page. On the back is a photo of a faceless figure wearing a black hooded sweat shirt.

Inside, photos of celebrities like Angelina Jolie, Bono and John Lennon are interspersed with pictures of heroic figures like Nelson Mandela, Mother Teresa and Martin Luther King, Jr. A veil-covered African woman holding a young child illustrates the story of Mary and Jesus. Images taken from the news — both jarring and poignant — radiate a message of social justice.

Smith points to the series of images that run in conjunction with a quote from the Book of Revelation. The quote reads: "The whole earth was amazed and followed the beast ..." The photographs show post-Katrina New Orleans, a four-page spread of an animal slaughterhouse in Nigeria and, finally, a picture of a man pumping gas.

"They are interpreting this with some very political and edgy and — honestly — some disorienting imagery," says Smith.

Though skeptical when he first heard about the book, Smith says he found many of the images compelling. But equally compelling, he says, is another new Bible that takes a completely different approach.

With its beige cloth cover, embossed with a picture of a green tree, The Green Bible is the embodiment of simplicity. Inside, passages that refer to the environment are highlighted in green.

Smith says the book catches people's attention: "I took it to a Bible study and set it down on the table and people looked at it and said, 'What is that?'"

Mark Tauber, the senior vice president at HarperOne, which publishes The Green Bible, says that the book is important in both form and function.

"The actual form of the Bible, we think, is a green product," he says, noting that the entire book is made of recyclable materials. "Then in function, it performs the function of helping people be better stewards, if you will."

Smith points out that while The Book seeks to begin a conversation, The Green Bible wants "to add to the conversation."

"Did Jesus say anything about recycling? Did God care what we do with the earth? These are the existing conversations that are emerging that I think The Green Bible contributes to," says Smith.

The book is drawing attention in secular venues, including the Earth First Web site, where bloggers offered unusual praise, which Tauber paraphrases as: "Those crazy wacko religious people ... if you have to believe there is something beyond this life, this is probably a good Bible for you to read."

"It was this backhanded compliment from people not known for being so friendly to people of faith," says Tauber.

Both The Green Bible and The Book are aimed at the young. But Soderberg says that when the illuminated Bible was published in Sweden, it appealed beyond its target audience. In fact, he says, the publisher expanded the market by almost 50 percent in a year.

And Soderberg says there is no question that a new conversation about the Bible is under way in a lot of unexpected places.

He says he's seen people in offices that are very strict talking about the Bible, "because everybody flips through this magazine. ... That's cool."

And an illuminated version of the Old Testament is in the works. Soderberg says it will be published in the U.S. in the spring of 2009 — just in time for Easter. 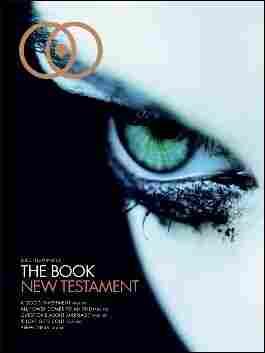 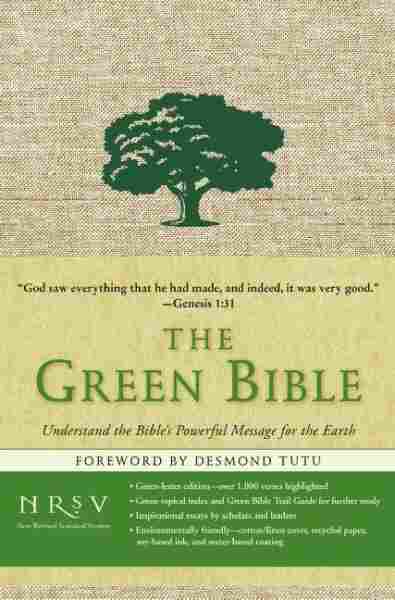