Accessibility links
Boosting Music Sales, One Blog At A Time For musicians just a decade ago, radio was the only way to make it big. The Internet has changed that. Artists like City and Colour can build an audience by sending out their music over various networks. But in a crowded online world, just putting it out there isn't enough.

Listen
Boosting Music Sales, One Blog At A Time 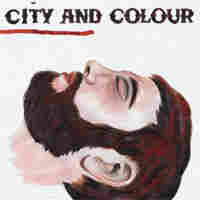 City and Colour's latest CD is Bring Me Your Love. hide caption 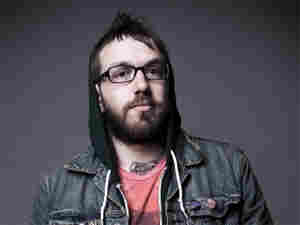 City and Colour (a.k.a. Dallas Green) doesn't find fans on the radio but through MySpace, blogs and other online music discovery sites. Courtesy of the artist hide caption

For musicians just a decade ago, there was basically only one way to make it big — you had to get on the radio. The Internet has changed that. Musicians can build an audience by sending out their music over various networks. But in a crowded online world, just putting it out there isn't enough. City and Colour has been promoting itself one blog and one MP3 file at a time.

City and Colour is Dallas Green. Fans around the world have traded MP3s of his unreleased songs.

"I didn't even put it out on the Internet," Green says. "It was just people who had gotten copies of the demos that I had sold when I was a teenager."

Green is still best known as the guitarist and a singer of the punk band Alexisonfire. The band is popular in his native Canada, where one of its albums went platinum. But as Alexisonfire got big, fans wanted to know more about them.

"Kids started sort of searching the Internet for things about the members of the band," Green says. "One person found out I had this song and told another person or e-mailed it to that person and then slowly but surely kids started asking me when I was going to put a solo record out."

In 2005, Green released his first solo album in Canada as City and Colour. Last February, he released Bring Me Your Love in the United States. His record label knew it wasn't going to get radio play. Jeremy Maciak, head of marketing at Vagrant Records, says the company aggressively promotes City and Colour online with access to interviews and free music files.

"Any sort of blog we felt with even 100 readers or even less was worth our time," Maciak says. "As media is more and more fractionalized, you can't afford to not be any place."

Still, even on the Internet, it's better to be some places than others. And MySpace has become the place where fans go to find new music. Maciak pushed to get a Transmissions Session on MySpace. These are live studio performances broadcast over the Web site. Green stood alone in front of a microphone strumming his guitar and singing.

Building A Conversation With Fans

Vagrant Records encourages Green to interact with his fans through e-mail and live chats. Green says he never imagined he would have to spend so much time doing promotion as opposed to making music.

But this constant promotion and attention to fans is the new business model for music. A record's success is no longer judged by the first week's sales.

"It's about a slow build and having that intricate and honest conversation with our fans and potential audience," Maciak says. "Sometimes that takes months, years, to build."

A Boost From MySpace

The MySpace concert took place two months after the release of City and Colour's album and it gave CD sales a big boost. For fans there is an upside to the new model: Today's musicians must do more live performances, and record companies can no longer hide mediocre artists with lots of in-studio special effects.

Tracking music use on the Internet for Big Champagne, Eric Garland says Dallas' MySpace performance might get sent around the Internet even more than the tracks from his album.

Lauren Bates, 23, bought Bring Me Your Love because she wanted to support a musician she loves. But she says her favorite song is still one of those tracks she got in an e-mail, "Casey's Song."

"It's really short and to the point," she says. "The music is beautiful."

Bates isn't certain what "Casey's Song" is about, but if she really wanted to know she could always e-mail Green and ask him — and there's a good chance he would reply.

Album
Bring Me Your Love
Artist
City and Colour
Released
2008