Accessibility links
Is Bush The Worst President Of The Past 50 Years? Former Bush adviser Karl Rove defends the president's legacy in an Oxford-style debate, part of the Intelligence Squared U.S. series. Rove and Weekly Standard editor William Kristol face off on the topic against Slate editor Jacob Weisberg and Guardian columnist Simon Jenkins.

Is Bush The Worst President Of The Past 50 Years?

Is Bush The Worst President Of The Past 50 Years? 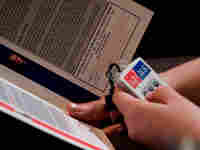 An audience member votes on the proposition "Bush 43 Is the Worst President of the Past 50 Years." Kevin Wick/Longview Photography hide caption 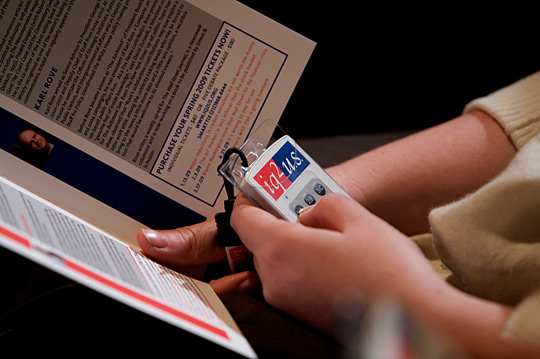 An audience member votes on the proposition "Bush 43 Is the Worst President of the Past 50 Years."

When a group of pundits gathered for a recent Oxford-style debate, the proposition alone was provocative: "Bush 43 Is the Worst President of the Past 50 Years." But when you consider that one of the panelists defending President Bush's legacy was his longtime adviser Karl Rove, the night became even more interesting.

For instance, Rove said that President Bush probably would not have gone to war in Iraq if he had known the truth about Saddam Hussein's military capacity. "Absent weapons of mass destruction," Rove said, "I don't think there would have been an invasion."

Rove added, "A lot of them are dead and we aren't hearing much from him."

The event — which was part of the ongoing Intelligence Squared U.S. series that pits experts on either side of an issue against each other in debates — was held at Symphony Space in New York City and sponsored by the Rosenkranz Foundation. The debate series is modeled after a program begun in London in 2002.

Tuesday's debate was moderated by John Donvan, a correspondent for ABC News. Here are some highlights: 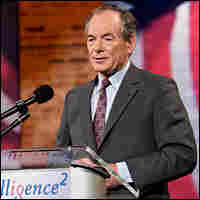 British journalist Simon Jenkins, a columnist for the Guardian and the Sunday Times: 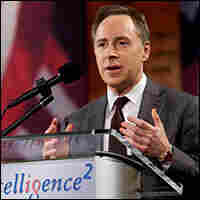 Jacob Weisberg, chairman and editor-in-chief of The Slate Group, an online publishing group owned by The Washington Post Co.:

"Bush was never up to the job of being president, and it's not a matter of lacking in intelligence; it's a matter of lacking character. Bush wasn't interested enough in policy; he couldn't tolerate challenge or dissent or disagreement; he couldn't open his mind long enough to consider alternatives or admit the possibility that he might sometimes be wrong. He let his righteousness and his arrogance and his anger get the better of him. And in the end, I think what's so damning about Bush and what does make him the worst president of the last 50 years is that these were things within his control." 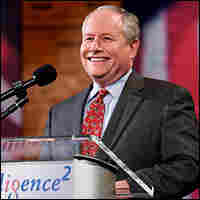 William Kristol, editor of The Weekly Standard, a Washington-based political magazine, and columnist for The New York Times:

"In the real world, the choices are not, you know, perfection, and ... in the real world, he's made a lot of tough decisions, most of them correct. ... There's no reason not to be critical of Bush, not to disagree with Bush, not to prefer Obama, not to have voted for Gore and Kerry — most people in New York, obviously, have all those views. But to think that he's the worst president in 50 years is just silly." 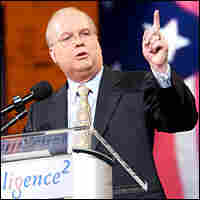 Karl Rove, chief architect of Bush's 2000 and 2004 presidential campaigns, and Bush's senior adviser and deputy chief of staff from 2001-07: