Accessibility links
Invoking Improv: Best Classical CDs Of 2008 Improvisation is making a comeback in certain corners of the classical world. Early-music specialists honor the tradition of improvising on what the composer wrote, and some young classical musicians who grew up with jazz, rock and world music feel as comfortable with improv as they do with interpretation. 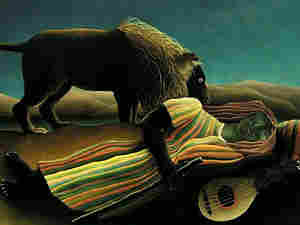 Detail from the cover of Jordi Savall's Invocation a la Nuit, which features Henri Rousseau's The Sleeping Gypsy. hide caption

A composer writes the notes; musicians play the notes.

That's the current arrangement in the world of classical music, but it wasn't always so. Bach, Beethoven and Mozart were great composers, but they were also master improvisers. For centuries, it was a given that if you played music well, you improvised well.

Improvisation is now making a comeback in certain corners of the classical world. Some who play music from the 17th and 18th centuries have revived the tradition of improvising around what the composer wrote. And some young classical musicians who grew up with jazz, rock and world music feel as comfortable with improv as they do with interpretation.

Here are some of the choice 2008 classical CDs that include improvisation — or at least invoke its sound. 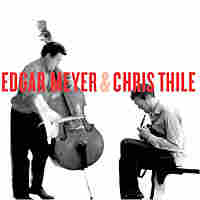 The finest classical double-bass player in the world joins the young mandolin phenom for 12 duets that fall somewhere between art music, bluegrass and free-range country. Thile's playing redefines fast, clean and tasteful for mando-philes. Meyer's writing, as ever, jumps genres as quickly and effortlessly as a jackrabbit overtops fences on the lower 40. The writing has Stravinsky's rhythmic jabs with Copland's open harmonies. When they improvise, it seems that one playfully devious mind is controlling both the bass and mandolin. As thrilling as Meyer and Thile are on CD, do whatever it takes to see them in person. Each is insanely busy, but they've taken to playing annual concerts at the Aspen Music Festival. See you there in the summer of 2009. 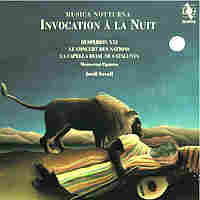 Jordi Savall, the Catalan master of haunting beauty, began his recording career playing 17th-century music on viola da gamba at an ancient church in Versailles in 1975. It was close to an airport, so they could record only at night. Savall's fatigue led him to discover what he later called "the mysteries which inhabit the infinity of night." Over the last three decades, Savall and his close circle of collaborators have explored those mysteries in late-night recording sessions of music from the 12th through the 17th centuries. Improvisation interweaves with interpretation throughout this sublime "best of" collection from 1993 to 2008. 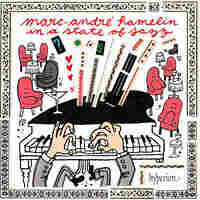 CD after CD, I am blown away by Hamelin's recordings. His Haydn Sonatas last year were a brilliant balance of elegance and wit, and he brings the same approach to this collection of 20th-century music inspired by jazz. His technique, as always, is laser-sharp. And even though there is no actual improvisation here, Hamelin's whip-smart whimsy animates works by Friedrich Gulda, George Antheil, Nikolai Kapustin and even a few classic French pop songs by Charles Trenet. 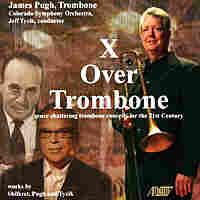 Most frequently asked question in the 22-year history of Performance Today: Did Mozart write the PT theme? Nope, it was written for the show by trombonist and composer James Pugh. Pugh is the eclectic's eclectic: He played with the Woody Herman Big Band, he's recorded classical music with Yo-Yo Ma and electric jazz with Chick Corea, he tours with Steely Dan, he's a first-call player for film-soundtrack sessions and he teaches at the University of Illinois. This CD features three jazzy concertos for trombone and orchestra including Pugh's own trombone romp from 1992. 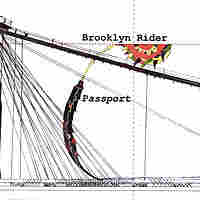 A young string quartet from Brooklyn, all classically trained to within an inch of their lives, Brooklyn Rider also tours with Yo-Yo Ma 's Silk Road project, gathering influences and inspiration from around the world. This wildly eclectic CD reflects its members' omnivorous tastes: haunting Armenian laments, Osvaldo Golijov 's arrangement of a lovely ballad by the Mexican art-rock band Cafe Tacuba, and the driving Gypsy-inflected improvisations of Colin Jacobsen's tour de force "Brooklesca." Brooklyn Rider is recreating the 300-year-old form of string quartet as a vital and creative 21st-century ensemble. 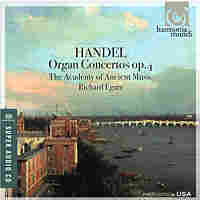 Baroque keyboard magician Richard Egarr tackles music that Handel wrote to show himself off. These are organ concertos Handel played in the middle of his oratorios, at London concerts in the 1730s. In the liner notes, Egarr writes that it was vital for him to "add an appropriate level of ornamentation, spontaneity and improvisation," and that he "tried to create cadential 'noodling' afresh each time..." Egarr is emulating what Handel would have done himself: "noodling" around the general outline of the music. Check out what Egarr calls a "party piece," the fifth concerto, with Egarr improvising at light speed and guitarist Bill Carter improvising around the bass line. 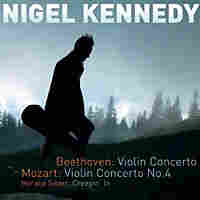 Violin Concerto No. 4: I

Mozart: Violin Concerto No. 4: I

The English violinist who revels in sneering at what he calls "the old farts" in the classical establishment shows he hasn't forsaken straight classical with a glorious performance of Beethoven's soaring Violin Concerto. He seems to take the same elegant approach to Mozart's Violin Concerto No. 4 until... Huh? Whoa! An ethereal improvised cadenza for electric violin with reverb seven minutes in. Same again in the second movement, floating free in a way Mozart could never have imagined. And just in case you didn't get that Kennedy is an iconoclast, he finishes his Beethoven/Mozart CD with a gently swaying bop standard by Horace Silver. 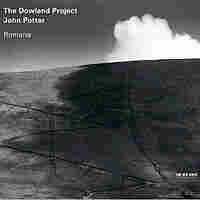 Vocalist John Potter is best known as a member of the venerable Hilliard Ensemble, but here he's teamed up with lutenist Stephen Stubbs, saxophonist John Surman, and Slovakian violinist and violist Milos Valent. The album includes everything from 12th-century chant to contemporary composition, suffused throughout with cross-cultural improvisation from classically trained players. If you love the early music improv of Jordi Savall and company, "Romaria" takes it a step further into the airy realm of ECM jazz. 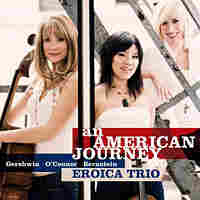 As with Hamelin's "State of Jazz," there's no actual improvisation from the Eroica Trio, but they swing sweetly through American classics by Gershwin and Bernstein. They also bring a gutsy flair to Mark O'Connor's Copland-esque "Poets and Prophets," a classical paean to the Man in Black, Johnny Cash. O'Connor's writing and the Eroica Trio's playing evokes the piercing directness and populism of Cash's best work. 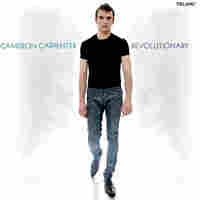 Variations on a Theme from Bizet's "Carmen", for piano

Variations on a Theme from Bizet's "Carmen"

Organ is the one corner of the classical world that never lost improvisation. But this young American combines astonishing technical prowess with a taste for the theatrical (check out his rhinestones and flying feet on the accompanying DVD) in a way that is polarizing the organ community. Traditionalists hate him, but he has a growing following, and is bringing many non-classical listeners to his organ recitals. His major-label debut includes a couple of jaw-dropping organ standards, a fiery piano etude by Chopin, a lilting improvisation around Duke Ellington's "Solitude," and Carpenter's spectacular five-part fugue improvisation on "Pop Goes the Weasel."