Accessibility links
100-Year-Old Gears Up For Obama's Inauguration Lillian Allen, who turned 100 in April, says she never expected to see a black man sworn in as president in her lifetime. The Pittsburgh native who volunteered for the Obama campaign plans to travel to Washington, D.C., for the historic inauguration. 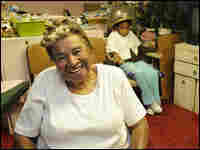 Lillian Allen, 100, takes a break from straightening 8-year-old Amera Neal's hair in her beauty shop in the back of her home in Pittsburgh. Robin Rombach for NPR hide caption 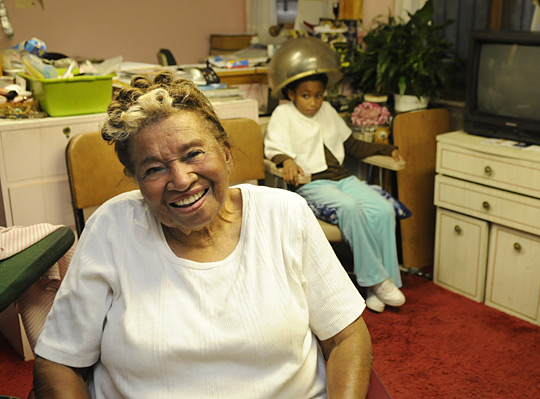 Lillian Allen, 100, takes a break from straightening 8-year-old Amera Neal's hair in her beauty shop in the back of her home in Pittsburgh. 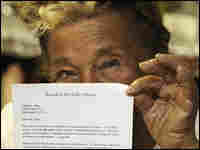 Allen shows off her thank-you letter from Barack and Michelle Obama for her work on his campaign. Robin Rombach for NPR hide caption 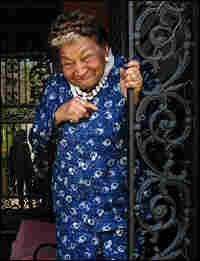 Allen on her 100th birthday in April. Robin Rombach for NPR hide caption 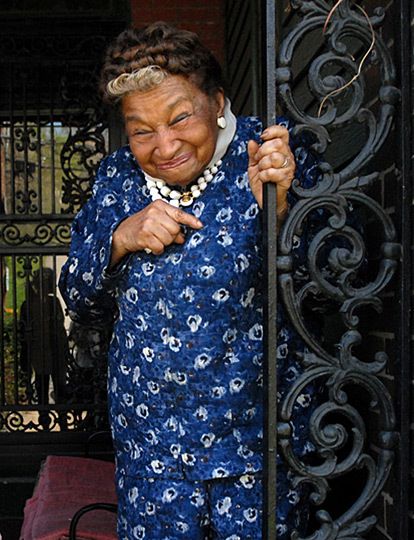 Allen on her 100th birthday in April.

The election of Barack Obama has been an emotional experience for millions of people around the world. But for some elderly African-Americans, his election holds special significance.

Lillian Allen of Pittsburgh was born before many blacks and all women could vote, and she has spent decades keeping the faith. She has pretty much seen it all in her 100 years on Earth, and nothing much surprised her — until this past November.

"I mean, who would have thought a black man would be president, now, really?" she says. "I don't think anyone thought this would happen — not in our lifetime."

In January, Allen plans to travel to Washington, D.C., to see Obama take the oath of office.

Allen's grandfather was born on a slave plantation, and she lived through years of racial segregation.

In church groups, Allen spent months talking up Obama. And on Election Day, she put on her walking shoes to make sure people voted.

Pittsburgh television station KDKA followed Allen — arm in arm with two helpers — on her stroll around her hilly neighborhood. On screen, the small, ramrod-straight Allen yells across the lawn at a guy on his front stoop and inquires if he voted. He says, "Yes, ma'am," and she replies, "Oh, wonderful."

Voting has always been a big deal to Allen. In 1944, when segregation prevented her from teaching hairdressing in trade schools, she started her own beauty parlor. Even now, she still does the occasional client's hair in a room off her kitchen. On a recent afternoon, Allen relaxes 8-year-old Amera Neal's curls.

Allen says she used her old salon as a bully pulpit to get her customers to the polls.

"I felt like if you let your voice be heard, maybe they'll hear it," she says. "So I'd get out and say things, and, of course, since at that time I had the largest beauty shop in town, they sort of listened to me when I said something."

You get the feeling people have been listening to Allen's message of civic responsibility ever since — especially her grandson. He'll be at the Obama inauguration because he's a member of the Secret Service. Allen plans to ride a bus with the advocacy group ACORN to the event.

Her eyes twinkle when she admits that she recently sent Obama a newspaper story about her 100th birthday and mentioned that her grandson will be protecting him on Inauguration Day.

"I'm hoping through him that I'll be a little closer to the ceremony," she says.

Allen figures Obama's inauguration will draw a big, racially diverse crowd. She thinks his ability to rise above the issue of race made him electable.

"There were other people before him, like Jesse Jackson and Shirley Chisholm," she says. "They all tried, you know, but the time was not right. And they didn't have the demeanor that he has, the charisma. And he does have it."

After Allen puts Neal under the dryer, she pulls out a letter that the Obama campaign sent to thank her for her contribution. She reads a well-thumbed passage out loud.

"America is a place where anything — anything we choose to dream together, anything for which we choose to work together — is possible," Allen says.

She says now she believes it. Even though she's already 100, Allen says she plans to live a lot longer because she wants to see what'll happen next.