Accessibility links
Treasury Weighs Plan To Cut U.S. Mortgage Rates The Treasury is considering a plan to lower mortgage rates for homebuyers to as low as 4.5 percent — more than a full point below currently offered rates, sources say. But analysts say the plan would be even more effective at boosting the economy if it also lowered rates for refinancings. 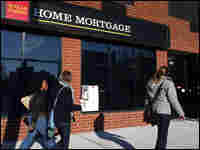 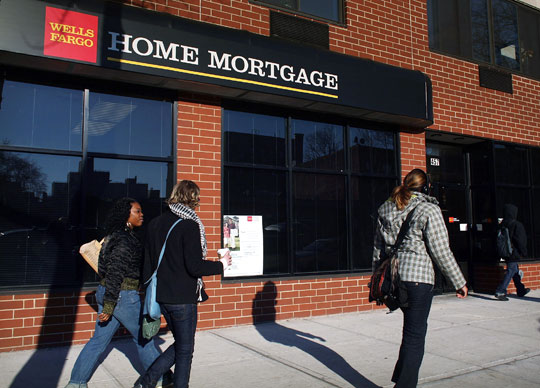 The Treasury Department is considering a plan to dramatically lower mortgage rates for homebuyers to as low as 4.5 percent — more than a full point below currently offered rates, sources say.

But analysts say the plan would be even more effective at boosting the economy if it also lowered rates for refinancings.

The housing meltdown is considered to be at the heart of the financial crisis, so lower rates would prop up that market by making it cheaper to buy a home. Against that backdrop, the government is considering moves that could create the lowest interest rates in more than 50 years.

The Treasury is not talking about the plan publicly. Sources close to the matter tell NPR that "nothing is imminent."

"This is a great plan," says Christopher Mayer, a Columbia Business School economist and dean, who has been calling for such action. "This would have a very significant effect on the housing market."

Mayer has been arguing that the credit crisis is making mortgage rates artificially high compared with other interest rates. He also says there are things the government could do at little or no cost to the taxpayer. He says if Treasury is in fact considering that, this is a very big deal.

"The government announcing a mortgage below 5 percent would, for many people, be a once-in-a-lifetime opportunity to borrow money at that rate and buy a house — an opportunity that their parents never saw in their lives," Mayer says.

He says home prices have already fallen sharply around the country, so he thinks the low rates would entice a lot of people who've been waiting to buy.

Mayer estimates that as many as 2.5 million home purchasers would take the plunge. If that happened, he says, it would cut by half the number of unsold homes, which would help to stabilize prices and give a lift to the struggling economy.

But some other economists are skeptical that the impact would be that dramatic.

But What About Refinancing?

Nariman Behravesh, chief economist of Global Insight, says the program would be far more effective it included refinancings. "That could make a huge difference," he says.

Mayer says 25 million to 30 million Americans could save hundreds of dollars a month by refinancing at those low rates, and they might decide to spend that extra money on big-ticket items.

"If you're a household thinking, 'I've got my 5-year-old car; when am I going to replace it?' And suddenly your mortgage payments drop by $450 a month — that's the payments on a new car," Mayer says. "The effect of that on improving consumer spending would be enormous."

There would still be problems. Zandi doesn't think the proposal will do much to help the foreclosure mess. And that's a big drag on housing and the economy.

And if the government just offers the cheap interest rates to homebuyers and not people looking to refinance, it would create a two-tiered mortgage market. Some worry that that could have unintended consequences. For example, now that word of all of this has leaked out, it could hurt the housing market in the short term because homebuyers might hold out for the chance of a lower rate.

So, he says, the government really can't take much longer to announce what's its planning to do.