Accessibility links
Excerpt: 'Esther's Inheritance' I don't know what else God has in store for me. But before I die I want to write down what happened the day Lajos visited me for the last time and robbed me. 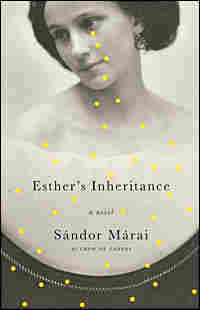 I don't know what else God has in store for me. But before I die I want to write down what happened the day Lajos visited me for the last time and robbed me. I have been waiting three years to set this down. Now I feel an irresistible voice urging me on, insisting I should record the events of that day — and everything I know about Lajos — because it is my duty to do so and because I don't have much time. There's no mistaking such a voice. That is why I obey it, in God's name.

I am no longer young nor healthy and soon I must die. Am I still afraid of dying? . . . That Sunday when Lajos visited us for the last time, I was, among other things, cured of my fear of death. Maybe time, which has not spared me, maybe memory, which is almost as ruthless as time, maybe some peculiar grace that, as my faith teaches, is sometimes granted the undeserving and the willful, maybe simply experience and old age enable me now to gaze on death with equanimity. Life has been extraordinarily kind to me, and, just as extraordinarily, it has robbed me of everything . . . what else can happen? Die I must, because that's how things are, and because I have fulfilled my duties.

I realize that's a big word to use, and now that I see it written down I feel a little scared. It's a haughty word that I shall have to answer for sometime in front of someone. How long was it before I recognized my duty and how I resisted it, screaming and protesting most desperately, before I gave in. The first time I felt death might be salvation was when I knew that death was resolution and peace. Life alone is struggle and humiliation. And what a struggle it was! Who ordered it, and why was it impossible to avoid? I did all I could to escape it. But my foe pursued me. Now I know he could do nothing about it: we are bound to our enemies, nor can they escape us.

If I want to be honest — and what point in writing this if I am not? — I must confess that nowhere in my life and actions can I find the least trace of that biblical fury or passion, not even of the hardness and decisiveness, that seemed to strike strangers when it came to my views about Lajos or my personal fate. "I must do my duty!" — what a firm, declamatory expression. We live . . . then one day we notice that we have "done" or "not done" our duty. I have started to think that the great, decisive moments that broadly govern our lives are far less conscious at the time than they seem later when we are reminiscing and taking stock. By that time I had not seen Lajos for twenty years, and I thought myself inured against my memories. Then one day I received his telegram, which was like an opera libretto, just as theatrical, as dangerously childish and false, as everything he had said and written to others twenty years before . . . It was so much like a declaration, so full of promises, so clearly and transparently false, false! I went out to Nunu in the garden, the telegram in my hand, stood on the veranda, and loudly announced the news.

"Lajos is coming back!"

What would my voice have sounded like? It is unlikely that I was screaming with joy. I must have spoken like a sleepwalker suddenly woken out of her sleep. I had been sleepwalking for twenty years. For twenty years I had been walking at the edge of a precipice, neatly balanced, calm and smiling. Now I had been awoken and knew the truth. But I no longer felt dizziness. There is something calming about the sense of reality, whether of life or death. Nunu was binding the roses. She looked up at me from below, from a depth, under the deep roses, blinking in the sunlight, aged and calm.

She carried on binding.

I started to laugh. But Nunu remained serious. Later she sat down next to me on the concrete bench and read the telegram. "We will arrive in a car," wrote Lajos. From the rest we concluded he was bringing his children. "There will be five of us," the telegram continued. Chicken, milk, cream, thought Nunu. Who were the other two? we wondered. "We'll stay till the evening," the telegram went on to announce, followed by the kind of awful fancy talk Lajos could never resist, not even in a telegram. "Five people," said Nunu, "arriving in the morning to leave in the evening." Her pale old lips moved soundlessly as she counted and calculated. She was working out the cost of dinner and supper. Having done so, she said:

"I knew he'd come back sometime. But he dare not come alone now! He's bringing support, children and strangers. But there's nothing here anymore."

We sat in the garden and looked at each other. Nunu thinks she knows everything about me. And maybe she does know the truth, that simple ultimate truth we dress up in so many rags all our lives. I have always found Nunu's "omniscience" a little insulting. But she had been so good to me, and her goodness was so wise, so dry and uncomplicated. Eventually I always gave in to her. In those last years, when my life seemed to have been shrouded in an invisible damp mist, she was the torch by whose weak and gentle light I could guide my steps. I knew the visit was unlikely to have truly dangerous, terrifying consequences, just as I knew that her suggestion, on reading the first few words of the telegram, that the silver be locked away was a joke. That's an exaggeration, I thought. Nunu is teasing me. And I knew at the same time that in the end, at the last minute, Nunu would in fact lock away the silver, and that later still, once the silver was forgotten, when we discussed the whole thing, the thing that could not be hidden, Nunu would be somewhere nearby with her keys, in her best black dress, with her wrinkles, with her silent, observant caution. But I also knew that when that moment came I would be beyond all mortal help, even Nunu's.

But it was pointless "knowing" all this; so all of a sudden my mood lifted as if nothing threatened me. I remember, I was joking with Nunu. We were sitting in the garden listening to the intoxicated hum of late-autumnal wasps, talking quietly and for a long time of Lajos and the children, as well as of Vilma, my dead sister. Our seat was in front of the house, under the window behind whose shutters Mother had died twenty-five years before. In front of us were the lime trees and Father's apiary, but it was all empty now. Nunu didn't like messing about with the hives, and one day we sold all eighteen colonies. It was September, gentle, mild days. We sat there with that familiar sense of security that smacks partly of shipwreck and partly of happiness without desire. Come on now, I thought, what is there left for Lajos to take away? . . . The silver? Ridiculous idea: what were a few bent silver spoons worth? I calculated that Lajos would have passed fifty now, in fact he would have been fifty-three in the summer. It was unlikely that one could help him with silver spoons. If this kind of thing did help, let him take them. Nunu must have been thinking something similar. Then she gave a sigh and went into the house, only turning round on the veranda.

"Be careful not to spend too much time alone with him. Invite Laci, Tibor, and Uncle Endre to lunch too, just as you do every other Sunday when you come together to fool about with spirits. Lajos has always been frightened of Endre, I do believe he owes him something. Remember, is there anyone to whom he does not owe anything?" she asked, and started laughing.

"They have all forgotten," I said, and began to laugh myself.

I was already defending him. What could I do? He was the only man I ever loved.

Excerpted from Esther's Inheritance by Sándor Márai, translated by George Szirtes. Copyright © 2008 by Sándor Márai. Excerpted by permission of Knopf, a division of Random House, Inc. All rights reserved. 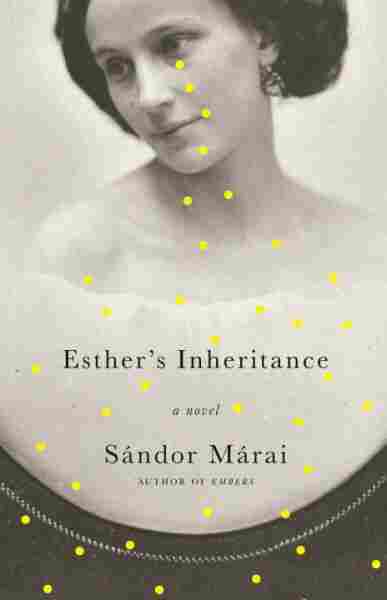 by Sandor Marai and George Szirtes