Warning: getimagesize(https://media.npr.org/books/holidays/2008/stamberg/kluge_200-9e2f0e27506b42208a7059278d47dcb524775fa2.jpg): failed to open stream: HTTP request failed! HTTP/1.0 404 Not Found in /var/www/html/src/Views/CommonJsonldView.php on line 100
 Excerpt: 'Gone Tomorrow' : NPR
Accessibility links
Excerpt: 'Gone Tomorrow' George Canaris is the first faculty member of this college in half a century whose death merited an obituary in the New York Times. 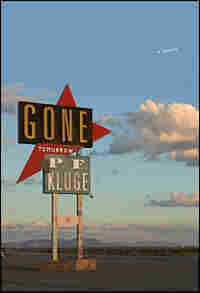 George Canaris is the first faculty member of this college in half a century whose death merited an obituary in the New York Times. He was our best-known professor, one of those outsized characters who arrives in an obscure place and makes it his own. "A writer, a critic, a professor, a campus legend and a national figure, the very embodiment of the liberal arts," the Times obituary said. And a mystery. He was the author of two well-received novels and a book of essays, all published more than thirty years ago. Taken together, they were the beginnings of an impressive shelf to which, in all his years here in Ohio, he added nothing. "Compared to Faulkner and Dos Passos at the start of his career," the Times observed, "in the end he resembled Harper Lee."

To some of us on campus, that last remark seemed harsh and condescending: the what-have-you-done-for-me-lately school of criticism, unfair to George Canaris and to Harper Lee. They were both authors — one could add J.D. Salinger to the list — who left readers wanting more and whose accomplishments, even as they recede, remain fresh and new and magic. Of how many writers can this be said? Also, there was always a chance that something more would be coming from a small town in Alabama, a remote New England farm, a small college on a hill in central Ohio. There was that hope, tantalizing, like a phone call from an unlisted number. In Canaris' case, there were specific grounds for hope, his references to a novel underway, something major, years in the writing. He called it "The Beast." But, as time went by, inevitably, there was speculation that the book was a myth, a lie, a joke. Every passing year made skeptics more confident. But never certain.

At about 6 a.m., Monday, June 5, 2005, George Canaris awakened, made himself a cup of coffee and sat in a chair on the porch of his home, located at the base of the college hill, along the banks of a river that slowly winds its way towards union with the Mohican, the Walhonding, the Muskingum, the Ohio, the Mississippi. The place had belonged to Hiram Wright, another legendary professor, who died a few years before. Wearing a white, short-sleeved shirt, a pair of khaki pants and lightweight shoes, he set out on his morning walk. Spring takes its time coming to this part of Ohio. So does summer. It can snow in April here and roof-rattling hail sprays out of July thunderstorms. But this Saturday, we all later agreed, was the first day of summer: the smell of plowed fields and first-cut grass, the river flushed by rains, its banks covered with ferns and May apples and early wild flowers, dame's rocket and white trillium. It was a morning that promised more than a day, it promised a season, the only season we could really count on: summer. It's hard not to picture Canaris in a good mood, walking into an early fog that the sun would chase away by breakfast time.

With age, Canaris' walks had gotten shorter, just two or three miles, near the end. But he walked almost every day and once, in the alumni magazine, he conjectured how many miles he had covered: take, say, 300 days a year times an average — probably low — of six miles and multiply it by 35 years. That was twice around the world, almost. "An accomplishment or a reproach?" he wondered. "Never mind. It is the path I chose. My path."

His death was a hit-and-run accident. Canaris had walked out onto the road that ran by his house, turned onto the highway that leads to the bottom of the college hill, then turned right, on to a road that crosses the river and leads to a walking trail running from Mount Vernon to Danville. He never made it to the trail. Something came out of the fog, crashed into him and vanished. Canaris was hurled off the road, into a gravel parking lot near the river. A jogger found him there. Hit and run. Case closed. Granted, an untimely death in a small place generates gossip. When the small place is a college, the gossip becomes theory and the theories compete. Was it suicide? Murder? Or...disappointingly...an accident? And, in Canaris' case, all this conjecture reflected what people felt about Canaris' brilliant truncated career: they had to have more than they had, to know more than they knew.

We do funerals nicely here, elegies and memorials, "celebrations of life," we call them, whether it's a ninety year old math professor in a nursing home or an unlucky student drunkenly falling into a snow bank or tumbling down an elevator shaft. We grieve sweetly and well.

I sat way in the back, wondering — the way everyone wonders — what they'd say about me when the time came. I arrived six years ago with a wife who was the provost of the college and with no job, no real job, of my own, just a few courses they threw my way as a courtesy to my wife. But, after an unforgivable first year, I found I liked the place, liked it more than my wife did. So now I had a job — visiting assistant professor in the English department — and no wife. It occurred to me, just then, that Canaris may have made room for me, that movement at one end of the tenure-track line would create an opening at the other end. That, I admitted, would please me. It wasn't what I came here wanting but it's what I wanted now. That "visiting professor" title became more grating every year.

One by one, at the front of the chapel, people talked about Canaris, his charm, his modesty, his insight and erudition. But after awhile, their testimonies cloyed. When people mourn, they mourn for themselves and there was something self-serving about these elegies, a jockeying for position in the deceased's esteem. I picture the man I'd known, though only slightly. Dispensing with the kind of novelistic portraiture that drives me crazy — "the suggestion of a Roman nose, flanked by off-mauve eyes slightly too close together," — I can be concise. Think of a tall, shambling man, awkward but energetic and sharp-eyed. Impeccably polite. Yet you could sense a mix of moods and humors in him, public brightness, private darkness. Familiar and well-advertised as he was, no one could be sure they knew him.

"Excuse me," I heard someone say. I'd stopped attending to the ceremony, beyond guessing how much longer it would continue. A peculiar thing about college ceremonies: like elementary school arithmetic, like high school civics, like every lecture I've ever attended, you never lose your sense of time passing, the slow movement of hands on the clock. But that "excuse me" caught my attention, and the sight of an old man steadying himself as he arose to speak.

"My name is Erwin Kirsch," he said, pausing to catch his breath. "I shall introduce myself: I am George Canaris' oldest friend. My parents, like his, were among the German exiles who made their way to California, to work in Hollywood in the years before World War II. Canaris' father was a camera man, mine a screen writer. George and I grew up together near Santa Monica. Later I became his editor, who saw his three books into print. And I take pride that those books have never gone out of print. Out On the Coast, that wonderful novel about the Hollywood studio system in its prime, seen through a prism of humor and pain, has not been matched to this day. And Here, Today, recounting an exile's return to the ruined and rebuilding Germany of the 1950's is a search into the past, a search for meaning in history, all contained in the account of a three week visit to Berlin in 1954. And finally, his collection of essays, Friends of My Youth, which, some of you may recall, has a chapter about me..."

He had us now, the old man: all of us were straining to hear what this soft-voiced dapper gentleman might tell us about the professor we celebrated and advertised and never really knew. Kirsch was Jewish, and that was interesting as well. There were plenty smart people on campus, but none had quite that mixture of cockiness, neurosis and something resembling wisdom.

"Our friendship survived his fame," Kirsch continued and I thought it was great to have him here in the college chapel surrounded by dark wood and stained glass windows. "Fame and its aftermath. For years we met in the summer, and during your inexplicably protracted winter vacation, we traveled together to strenuous places. To Europe...which was one kind of strenuous, to Burma, Bangkok, Paraguay, which was also strenuous. Europe, though was always hardest. And Germany hardest of all..." Another pause, "Excuse me. I have only a little more to say..."

He stood quietly, as if he were reviewing what he had in mind. I looked at the others who had spoken, former students galore, some older faculty, the college provost and president. Did I detect some nervousness? A slight discomfiture, a fear of knowledge that was earlier, possibly better, than what they had? 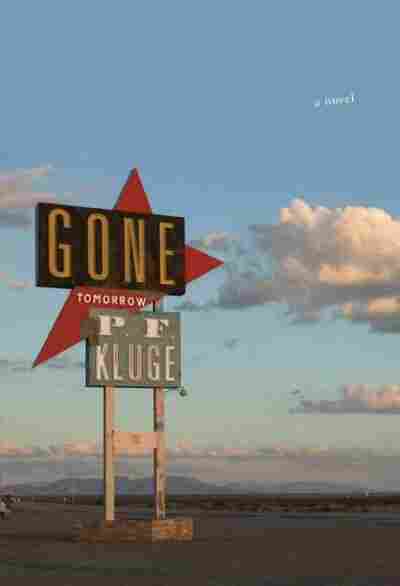