Accessibility links
'Falling For Science': Swinging Eggs In A Basket : Krulwich Wonders... For 25 years, a professor collected essays from her students based on the this prompt: "Was there an object you met during childhood or adolescence that had an influence on your path into science?" One student remembered her Easter basket.

Listen
'Falling For Science': Swinging Eggs In A Basket 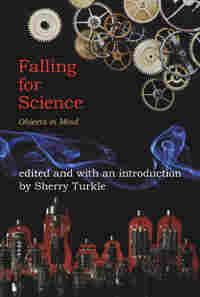 Me? I fall for stories. Tell me a tale about some guy climbing Mount Everest and in my head Im with him -- grabbing at the ice, slipping, breathing the thin air, Im there. Ive always hitchhiked by reading or listening to other peoples yarns. But thats only one way to fall in love with the world. Another way, says Sherry Turkle, the Abby Rockefeller Mauze professor of the social studies of science and technology at MIT (whew!), is to play with things.

Turkle thinks that when you get your first microscope, or your first set of Legos or take apart your first broken radio, you become an explorer. She says that for some kids, the thrill of touching, fastening, examining, rebuilding and unbuilding is life-changing, mind-changing and never goes away.

She recently published a book, Falling For Science, which collects essays written by senior scientists (artificial intelligence pioneer Seymour Papert, MIT president and neuroanatomist Susan Hockfield and architect Moshe Safdie, for example) and by students who passed through her classes at MIT over the last 25 years. They were all asked the same question: "Was there an object you met during childhood or adolescence that had an influence on your path into science?"

And after a tidal wave of Legos (seven different essays), computer games and broken radios, I found a few wonderful surprises. One MIT student reported how she couldnt stop braiding her My Little Ponys tail, weaving the hairs into endlessly repeating patterns (a clue, perhaps, to her fascination with mathematics). But this one…this one is a gem.

It tells the story of a little girl (now a computer scientist) and her Easter basket.

I was five years old and it was probably April, because I had an Easter basket full of brightly colored plastic eggs. The basket had a long handle so I was able to swing it around in circles. One wall of my playroom was lined with bookshelves that had drawers as well as shelves. They held my doll and toy collection, most of which I never looked at. At the end of the playroom, across from the shelves, was a set of double doors. When I made inventions, I usually included these doors in my designs, probably because their doorknobs were good anchors onto which one could tie things.

I did an experiment with the egg basket. I took a string (in this case, I think it was an extra- long jump rope) and tied it from the handle of a bookshelf drawer to a doorknob of one of the double doors all the way across the playroom. My idea was to create a gondola, such as the one I had seen at Disneyland on a family vacation. I hung my egg basket from the string and tried to run it down the string. When that worked I went on to transport objects from one side of the room to the other by placing them in the egg basket. Next, I moved the string back and forth, causing the basket to swing. As I watched, the basket got further and further above horizontal. Finally, the basket swung all the way around the circle. But, as if by magic, the eggs did not fall out. I was stunned.

I was sure that I had made a new scientific discovery that was going to make me world famous. I ran to share it with my parents. My father was less excited than I had anticipated. He didn't seem surprised that the eggs remained in the basket. He even had a name for the magical force I had discovered: it was called centripetal force. Nevertheless, my excitement didn't die. My father may have known about the force that made the eggs stay in the basket, but I had discovered it on my own. The discovery was mine.

At five years old, I had never heard of the scientific method, but I had followed it. I saw a problem: the eggs remained in the basket when it was swung on the string but fell out when the basket was turned upside down. I created an hypothesis: whatever was making the eggs stay in the basket was only present in the spinning basket. I devised a way to test the hypothesis: I guessed that the faster I turned the basket, the more likely it would be that the eggs would remain in the basket. So, for my experiment, I went back and forth between spinning the basket on the string and then turning it upside down slowly and watching the eggs fall. These results confirmed my hypothesis. There was a definite connection between the speed of the rotation and the likelihood that the eggs would remain in the basket. The conclusions I drew were the most exciting of all: that I had discovered a new principle of science and that my hypothesis was correct. Something "held" the eggs to the basket.

Thirteen years later, as I sat in an MIT lecture hall for my Monday morning class, 8.01, I watched Professor Walter Lewin demonstrate the experiment that I had performed in my playroom with plastic Easter eggs and a straw basket. Lewin took a pail of water and swung it above his head on a string. Sure enough, the water remained in the pail, and Professor Lewin remained dry. At five, I didn't know that centripetal acceleration equals the quotient of the velocity squared over the radius. I also didn't know that for the object not to fall the centripetal acceleration had to be greater than the forces on the object by gravity. What I did know was that the eggs wouldn't fall out of the basket and, as much as the equations are useful, in the end that is all they tell us.

Erica Carmel worked as a management consultant and joined a technology start up in Silicon Valley before going to Harvard Business School. A 1996 recipient of an SM in Electrical Engineering and Computer Science from MIT, she currently works at IBM, managing a team focused on improving customer experience with software.

Excerpted from 'Falling For Science: Objects in Mind', edited and with an introduction by Sherry Turkle, published in May 2008 by The MIT Press. Copyright: Massachusetts Institute of Technology, 2008, all rights reserved.

In some versions of this story, the introduction incorrectly identified an MIT professor as Shelly Turkle. Her name is Sherry Turkle.