Accessibility links
Our Lives Are Ephemeral As a child during the Iranian Revolution, writer Dalia Sofer lived with chaos and instability. As a teenager, reading Sartre filled her with futility and nihilism. Now, Sofer finds joy and meaning even in an impermanent existence.

Listen
Our Lives Are Ephemeral 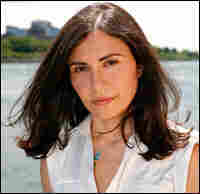 Born in Tehran, Dalia Sofer was raised in a Jewish family during the Iranian Revolution. Her first novel, The Septembers of Shiraz, was selected as a 2007 New York Times "Notable Book of the Year." Sofer lives in New York City. Seth Olenick hide caption 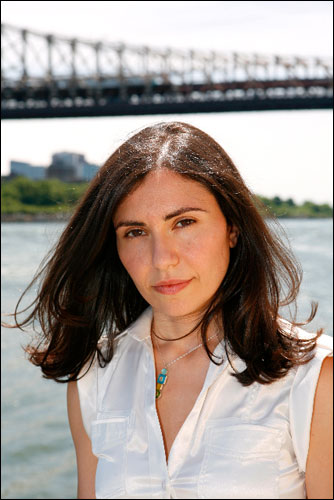 Born in Tehran, Dalia Sofer was raised in a Jewish family during the Iranian Revolution. Her first novel, The Septembers of Shiraz, was selected as a 2007 New York Times "Notable Book of the Year." Sofer lives in New York City.

I am a child of revolution — alas, not of the flower power variety, but of turban power. I grew up with absolutes: Love the king, down with the king, love the imam. Walking to school in 1980s Tehran amid slogans sprayed on walls and billboards, I remember this early belief, or rather, a child's sense of what would eventually become a belief: We all want to prove we exist.

Much is driven by this desire. Nations are built, wars are fought, gangs are formed, political parties are born. Personal actions, too — smaller and more delicate — follow suit: Mortgages are signed, marriage contracts sealed, birth certificates filled in, death certificates handed out. Comfort comes through the signature on the dotted line. Some even take their earthly paraphernalia — a grandfather's watch, a favorite hat, a love poem — to their graves, foolish but affecting codas to soon-to-be forgotten lives.

Of course permanence is an illusion. Borders shift, fortunes fall, colors fade, lovers drift, spouses hang by the thread of that dotted line. What once seemed vital gets forgotten.

As a teen I carried Nausea by Sartre everywhere I went, until I actually began to feel nauseated and returned it to the library, unfinished. Existential nihilism, I decided, was not for me. What I came to believe, as the years progressed, was that the desire to affirm one's existence is not in itself foolish; the desire to do so through permanence is. I find beauty in life's ephemera, though like most people I am afraid of loss and endings.

Still, despite the only certitude I have — the knowledge that I will die — I find pleasure and love, if not meaning. Often, this happens when an experience evokes an unbroken joy — a ray of light beaming into a warm room on a winter morning, the uninterrupted presence of someone I love next to me, and things, less concrete — a memory, a song, a word.

In his Myth of Sisyphus Albert Camus likens our absurd existence to the fate of the Greek mythological figure, whose task was to push a rock up a mountain, watch it roll down, only to begin again, fully aware of the futility of his condition. Camus concludes that "the struggle itself toward summits is enough to fill a man's heart. One must imagine Sisyphus happy."

Like Sisyphus, I get up every morning, grab a cup of coffee, and sit at my desk. I stare at the lines from the poem "Tobacco Shop" by Fernando Pessoa, pasted on my wall. Pessoa writes:

I begin writing and I think, "Yes, dear Fernando, but so what? My lines exist for now, not even, mind you, in my original language, which has not yet vanished, but no doubt will in my bloodline." And if I were not overly concerned with the hazards of smoking, I would light up a cigarette.