Accessibility links
Calvin Trillin's Epic Take On Election 2008 The 2008 presidential race was many things to many people, but almost everyone agrees that it was long — epic even. So what better way to tell the story of the past political year than in an epic poem? That's where Calvin Trillin's Deciding the Next Decider comes in. 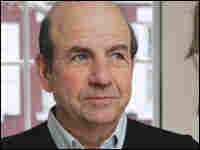 The 2008 presidential race was many things to many people, but almost everyone agrees that it was long — epic even. So what better way to tell the story of the past political year than in an epic poem?

Humorist Calvin Trillin thought so. His new book, Deciding the Next Decider, recaps — in rhyme — the recent presidential contest, from the primaries to the general election.

Trillin's previous books include About Alice and A Heckuva Job: More of the Bush Administration in Rhyme.

Poems From 'Deciding The Next Decider'

Still Iowa: Finally, Some Voting
Mitt Romney bet his bucks (he has a few)
On caucuses, where he thought he would do
Quite well, because of all the dough he spent
And how he seemed so eager to repent
Those Massachusetts views he once embraced --
The views that had been totally replaced
By views designed to make a case and vector it
Directly to the heart of this electorate.

Mitt Romney As Doll
Yes, Mitt's so slick of speech and slick of garb, he
Reminds us all of Ken, of Ken and Barbie --
So quick to shed his moderate regalia,
He may, like Ken, be lacking genitalia.

A Political Reporter Laments Being Assigned
To Watch Al Gore's Waistline
This job means sometimes digging up the dirt
On if a pol has stolen or he's cheating
With some cute waitress from a D.C. bar.
But who knew I'd be tracking what he's eating?
My editor, the clever dog, decided
The way to check that presidential itch is
To follow Gore, especially at meals,
And see if he stays too big for his britches.

Last week, I told my desk that Gore might run,
Though he appeared to be at least full-size:
A waiter at a Georgetown place revealed
Gore's order had included "hold the fries."

But now a source will swear that he was there
When Gore demolished half a cow, then stowed
Away in sixty seconds gobs of pie.
Two pieces. Apple crumble. A la mode.

My major back in school was poli-sci --
Quite valuable, I thought, for this position.
I know now, though, for covering Al Gore,
I should have studied diet and nutrition 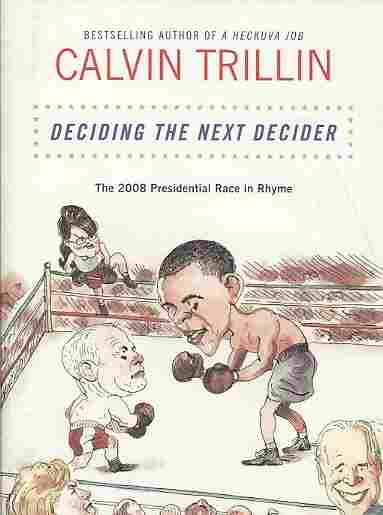 Deciding the Next Decider

The 2008 Presidential Race in Rhyme