Accessibility links
Iraq Veteran Suffers Wounds That Can't Be Seen For thousands of young men and women coming home from Iraq and Afghanistan, the price exacted by war is obvious. Diagnosed with post-traumatic stress disorder, John Blaufus' injuries didn't appear until he tried to resume the life he had before the war. 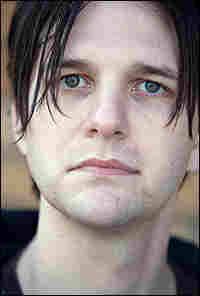 John Blaufus has been hospitalized twice for acute post-traumatic stress disorder since he got back from Iraq. Pete Springer for NPR hide caption 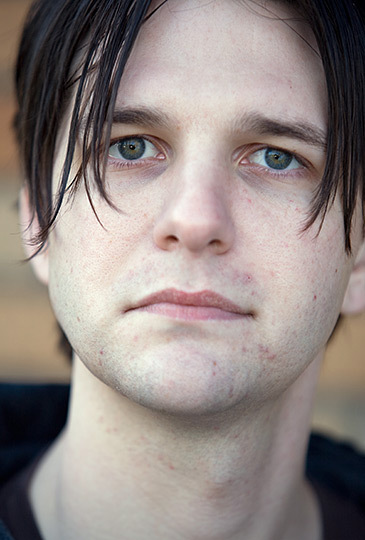 John Blaufus has been hospitalized twice for acute post-traumatic stress disorder since he got back from Iraq.

I understood I could die any day. So I was constantly doing stuff a 24-year-old shouldn't be doing.

The Impact Of War

The U.S. has been at war for more than seven years, yet the conflicts in Iraq and Afghanistan directly touch very few Americans. Most of those who have paid the price are members of the all-volunteer military and their families.

Weekend Edition's four-part "Impact of War" series is a collaboration with member stations and NPR's Impact Of War project. These stories explore how the wars in Iraq and Afghanistan have affected service members and their loved ones.

The Impact Of War project is an outreach effort to NPR member station reporters around the country to help increase local coverage of the experiences and sacrifices of U.S. troops and their communities. For more stories from this project, visit this link:

The Impact Of War

You can tell some guys were in the military just by looking at them. But if you walked past John Blaufus on the streets of Portland, Ore., or ran into him in one of the city's coffeehouses, you might never guess this tattooed, shaggy-haired 26-year-old witnessed some of the worst the Iraq war had to offer.

"I love Stumptown Coffee — it's my favorite coffee," Blaufus says. "I actually used to get Stumptown coffee sent to me in Iraq. And I had a French press that I would bring in the Hummer or bring in the Stryker. I'd have one hand on my rifle and one hand with a cup of coffee."

The coffee helped with a lot of things, like the 4 a.m. missions and the uncertainty of what lay behind each door in a house-to-house search.

Blaufus says that what the coffee couldn't fix, his staff sergeant could.

"When I got to Ft. Lewis, my duty station, I met Staff Sgt. Julian Melo. He was just really like a father to me," Blaufus says with a sigh. "We really relied on each other."

That bond became especially important as they moved with the 5th Infantry Regiment Stryker Brigade through increasingly dangerous areas of Iraq, from Baghdad to Fallujah and into Mosul. On Dec. 21, 2004, a suicide bomber struck the base where Blaufus was assigned, killing 23 men — including Melo.

"I looked over. There was a huge cloud coming out of the dining hall facility," Blaufus recalls. "People were coming out just bloodied, running for dear life, pulling up semi trucks and throwing bodies in there, driving bodies down to the hospital. And then all of a sudden, they started bombing our hospital."

No Time To Grieve

He didn't learn of Melo's death until hours later. Justin Uhler, captain of Blaufus' company, says there was no time to grieve. "John was very shaken," Uhler says. "Very, very shaken. And of course, you really don't have a choice. Things really do have to keep going."

For Blaufus, the war became an endless cycle of missions, house-to-house searches, supply work — anything to avoid thinking too much about what was happening.

"When he first got home, he was sleeping on the floor in the living room," she says. "When he did sleep, he would sleepwalk. In fact, he'd get up and run outside, run into the street thinking he was in Iraq. He still does that."

Although Anne Blaufus is a trauma nurse, she wasn't prepared for the extent of her son's injuries. He's unable to focus. He has difficulty driving; tailgaters are a problem. He goes long stretches without eating or showering. Anne insisted he find a therapist immediately.

The War Changed Everything

In the year after his return, Blaufus repeatedly enrolled in college classes and then dropped out. He got married four months after coming home, to a woman who left him shortly afterward. Looking back, Blaufus says the war changed everything.

"I understood I could die any day. So I was constantly doing stuff that a 24-year-old shouldn't be doing. I bought a house — I didn't even look at the house before I bought it. When my marriage ended, the need for everything ended along with it."

That house has now fallen into foreclosure.

Blaufus has been hospitalized twice since he got back for acute post-traumatic stress disorder.

The list of things he can't do is long: sleep, eat in front of other people, go running or hiking. He even had to re-learn his favorite thing: playing the guitar.

"Before I left for the war, I was able to play. It was more natural for me," he says. "But when I got home, I found it that wasn't so natural for me anymore. I still do have to really pay attention to my hands."

Things Have To Keep Going

"Persistence. If I had trouble with it yesterday, I'll try it again today," he says. "And that just goes with anything, from getting up to take a shower to playing songs."

Melo's widow, Norma, says she and Blaufus used to talk a lot. Blaufus sometimes checks in by e-mail, she says, but he hasn't been able to visit much. She sees his grief and says she doesn't blame him.

"I think John is very typical of what is happening to our soldiers that are getting out," Norma Melo says. "They want so much to continue in a life that they had before the war, but the war has tainted what that life is."

Blaufus recently checked himself into a post-traumatic stress disorder clinic in Seattle. He's back home now and bracing for the fourth anniversary of the Mosul bombing, which is just two weeks away.