Accessibility links
Playing With Your Food — Scientifically How about an electrified birthday cake or a steaming martini? A new book shows you how to turn your food into edible science experiments. Your kitchen is like a home laboratory, says one author, why not have fun with it?

Listen
Playing With Your Food — Scientifically 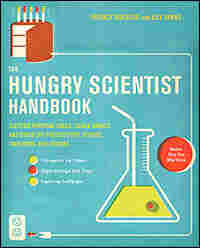 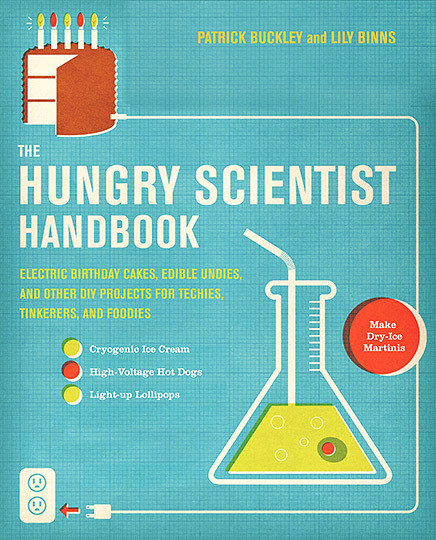 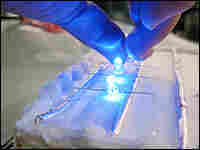 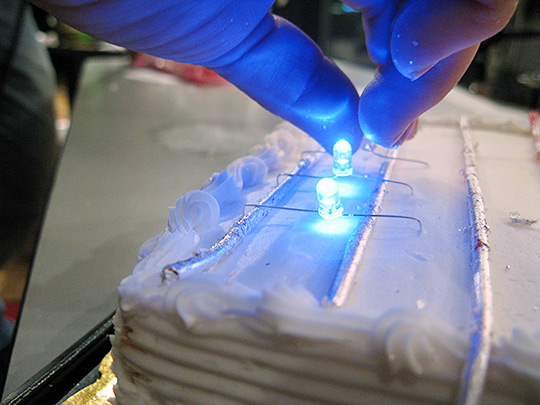 Putting LEDs on a cake. 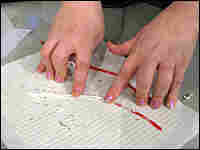 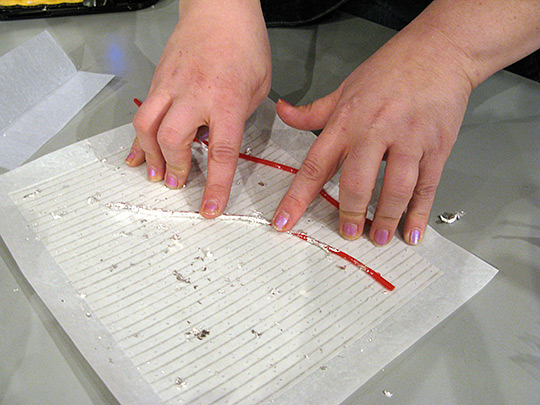 It's your birthday! So close your eyes, make a wish and blow out the — LEDs?

An electrified, edible birthday cake with LED light bulbs instead of candles is just one of the concoctions that Patrick Buckley and Lily Binns have dreamed up for The Hungry Scientist Handbook. The wiring is edible, but Buckley says figuring out how to make it wasn't easy.

"We went through filtering gold out of Goldschlager and trying to lay traces of gold leaf on top of the frosting, which just wasn't quite robust enough," he says.

Buckley even tried ElectroGel, the goopy stuff used on heart patients during tests.

"It tastes pretty horrible," he says.

Eventually they settled on Twizzler Pull-n-Peel licorice rolled in varak, a silver foil used as a garnish in Indian cooking.

The foil is edible, Binns says, but only in small amounts.

These wires are essentially the inverse of a traditional wire, Buckley says. "The electricity's getting conducted on the outside."

And obviously, you can't blow out the LEDs.

"You have to snip the wires," Buckley says. "It's like a ribbon-cutting ceremony instead." He adds, "It's way better, you don't get saliva over your cake, there's no hazard of fire."

"What's happening on TV is people who've studied science are performing for an audience," Binns says. "I would go so far as to say the same thing is happening in high-end restaurants — and you're paying a high price for it. What we're doing is all at home. It's scrappy, creative — do it with your friends, figure out new solutions."

Buckley says there's a real playfulness to everything they do.

"We've found that food and techie culture has a lot in common in that people like to take things apart and see how they work and put them back together in different ways," he says. "Your kitchen's kind of like your home laboratory and that's the perspective we're coming at this from. You have a laboratory in your own home, why not have fun in it?"

Turning bartender for a demonstration, Binns takes vermouth, gin, a jar of olives, a shaker — and a block of dry ice, at a temperature of -109.3 degrees Fahrenheit.

She says making martinis with dry ice means you get a drink that stays colder longer and isn't watered down. "A normal martini famously has a half-life of less than five minutes, which is really just an excuse to pound it down," she says.

The ingredients are added into the shaker, and then Buckley drops in a block of dry ice about half the size of a pack of cards. A few seconds later, the shaker is steaming over onto the table.

"Science is happening here," Buckley says. "What you're seeing here is that cold is condensing the water in the air and creating the steam."

Binns warns, "This is a case in which a martini is better stirred than shaken. You don't want to seal containers with dry ice in them — and you don't want to shake it up too vigorously because then it can explode. The pressure can be too great."

After Buckley gently mixes the ingredients, he pours it into a glass. The dry ice is pressed against the side of the metal mixer, and it begins to resonate, creating a loud, hissing noise.

And the martini is filled with bubbles — bubbles that make little smoke rings when they pop at the surface.

Before they toast, Binns issues another warning: "Remember, don't swallow the ice." 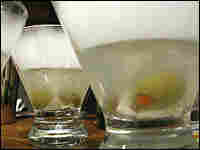 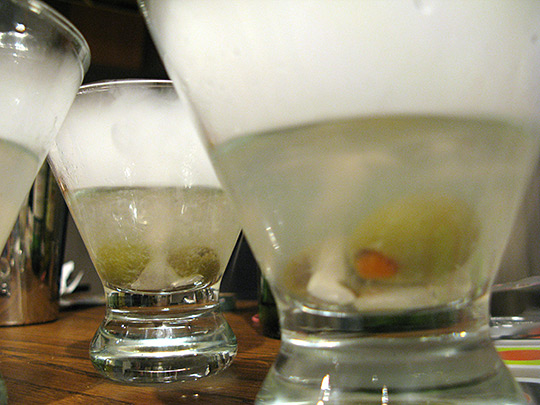 CAUTION: Dry ice is REALLY COLD, -109.3 degrees Fahrenheit. Don't hold the dry ice with your bare hands or do anything else to show off with it. Glass and plastic can break from the stress that extreme temperature changes cause, so don't shake these drinks in glass or plastic containers. Always shake bar shakers away from your face and eyes – and away from anyone else's face and eyes, too.

Serves 1. Note: You'll have to move fast — you don't want your martini particularly carbonated and you don't want it freezing completely solid, either. 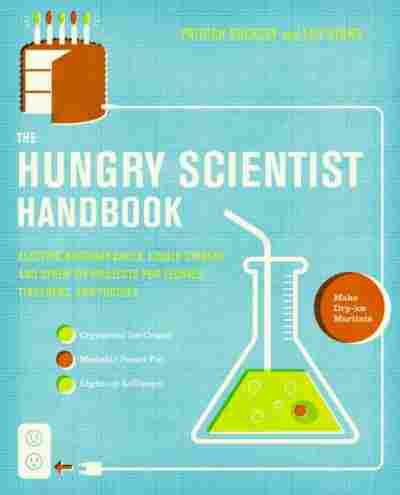 by Patrick Buckley and Lily Binns