Accessibility links
The 'Buyology' Behind The Way We Shop White iPod headphones. Bright blue Tiffany boxes. Corona with lime. Brand expert Martin Lindstrom says companies have been marketing directly to your subconscious. Lindstrom discusses his new book, Buyology: Truth and Lies About Why We Buy.

Listen
The 'Buyology' Behind The Way We Shop 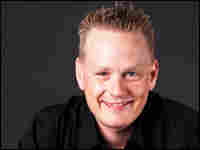 Brand expert Martin Lindstrom made his first foray into marketing when he was 11 years old. He constructed a Lego village in his backyard and advertised it in a local paper under the name "Legoland." More than 100 people showed up to see the village — including two Lego lawyers who taught him (nicely) about copyright infringement. MartinLindstrom.com hide caption

'Buyology: Truth And Lies About What We Buy' 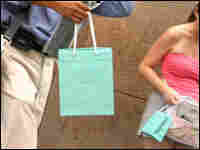 Tiffany's signature blue box dates back to 1837. Lindstrom says that, on average, a woman's heart rate will increase by 22 percent when she is exposed to this color. Bonile Bam/Getty Images hide caption

When you walk into the mall to do your holiday shopping this season, what will influence your spending decisions? Are you in control of what you buy? Not as much as you might think, says brand and marketing expert Martin Lindstrom.

In his new book, Buyology, Lindstrom explores the way companies are marketing directly to the consumer's subconscious. Subtle — and not so subtle — advertising is everywhere, he says; companies paid $3.36 billion for TV and movie product placement in 2006.

Lindstrom reports on the findings of a three-year, $7 million "neuromarketing" study. The research measured the responses of 2,000 volunteers from around the globe as they were exposed to brands, logos and advertisements.

The findings dissect the effect of products and ads that are carefully crafted to appeal to buyers on a sensory level — iPod's bright white headphones, PlayDoh's distinctive smell, Tiffany's blue-green boxes.

Lindstrom says companies create rituals around their products — drinking Corona with a lime, or eating an Oreo cookie filling-first — in an attempt to integrate their products into habitual, comforting, daily activities.

"I don't believe neuromarketing is the insidious instrument of corrupt governments or crooked advertisers," Lindstrom writes. "I believe it is simply a tool, like a hammer. Yes — in the wrong hands, a hammer can be used to bludgeon someone over the head. But that is not its purpose ..."

Lindstrom advises executives at McDonald's, Nestle, Procter & Gamble, Microsoft, The Walt Disney Co., Unilever and GlaxoSmithKline. He is also the author of Brand Sense; Clicks, Bricks and Brands; and BRANDChild.

Note: This excerpt contains language that some readers may find offensive. 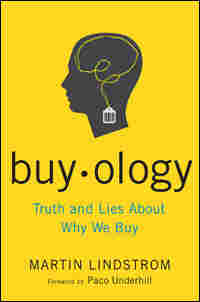 Chapter 1: A Rush of Blood to the Head

Marlene, one of the smokers in the study, took her place lying flat on her back inside the fMRI. The machine made a little ticking sound as the platform rose and locked into place. Marlene looked a little hesitant — who wouldn't? — but managed a gung-ho smile as a technician placed the protective head coil over most of her face in preparation for the first brain scan of the day.

From Marlene's pretesting questionnaire and interview, I knew she was a recently divorced mother of two from Middlesex, and that she'd started smoking at boarding school fifteen years earlier. She thought of herself less as a nicotine addict than a "party smoker," that is, she smoked just a couple of "small" cigarettes during the day, as well as eight to ten more at night.

"Are you affected by the warnings on cigarette packs?" the questionnaire had asked.

"Yes," Marlene had written, twirling her pen around in her fingers as though she was about to ignite the thing.

"Are you smoking less as a consequence of these?"

Another yes. More pen-spinning. I've never been a smoker, but I felt for her.

Her interview answers were clear enough, but now it was time to interview her brain. For those who've never had an MRI, it's not what I'd call the most relaxing or enjoyable ex¬perience in the world. The machine is clankingly noisy, lying perfectly still is tedious, and if you're at all prone to panic or claustrophobia, it can feel as if you're being buried alive in a phone booth. Once inside, it's best you remain in a state of yogic calm. Breathe. In, out, in again. You're free to blink and swallow, but you better ignore that itch on your left calf if it kills you. A tic, a jiggle, a fidget, a grimace, body twitching — the slightest movement at all and the results can be compromised. Wedding bands, bracelets, necklaces, nose rings, or tongue studs have to be taken off beforehand, as well. Thanks to the machine's rapacious magnet, any scrap of metal would rip off so fast you wouldn't know what just belted you in the eye.

Marlene was in the scanner for a little over an hour. A small reflective apparatus resembling a car's rearview mirror projected a series of cigarette warning labels from various angles, one after another, on a nearby screen. Asked to rate her desire to smoke during this slideshow, Marlene signaled her responses by pressing down on what's known as a button box — a small black console resembling a hand-sized accordion — as each image flashed by.

We continued to perform brain scans on new subjects over the next month and a half.

Five weeks later, the team leader, Dr. Calvert, presented me with the results. I was, to put it mildly, startled. Even Dr. Calvert was taken aback by the findings: warning labels on the sides, fronts, and backs of cigarette packs had no effect on suppressing the smokers' cravings at all. Zero. In other words, all those gruesome photographs, government regulations, billions of dollars some 123 countries had invested in nonsmoking campaigns, all amounted, at the end of a day, to, well, a big waste of money.

"Are you sure?" I kept saying.

"Pretty damn certain," she replied, adding that the statistical validity was as solid as could be.

But this wasn't half as amazing as what Dr. Calvert discovered once she analyzed the results further. Cigarette warnings — whether they informed smokers they were at risk of contracting emphysema, heart disease, or a host of other chronic conditions — had in fact stimulated an area of the smokers' brains called the nucleus accumbens, otherwise known as "the craving spot." This region is a chain-link of specialized neurons that lights up when the body desires something — whether it's alcohol, drugs, tobacco, sex, or gambling. When stimulated, the nucleus accumbens requires higher and higher doses to get its fix.

In short, the fMRI results showed that cigarette warning labels not only failed to deter smoking, but by activating the nucleus accumbens, it appeared they actually encouraged smokers to light up. We couldn't help but conclude that those same cigarette warning labels intended to curb smoking, reduce cancer, and save lives had instead become a killer marketing tool for the tobacco industry.

Most of the smokers checked off yes when they were asked if warning labels worked — maybe because they thought it was the right answer, or what the researchers wanted to hear, or maybe because they felt guilty about what they knew smoking was doing to their health. But as Dr. Calvert concluded later, it wasn't that our volunteers felt ashamed about what smoking was doing to their bodies; they felt guilty that the labels stimulated their brains' craving areas. It was just that their conscious minds couldn't tell the difference. Marlene hadn't been lying when she filled out her questionnaire. But her brain — the ultimate no-bullshit zone — had adamantly contradicted her. Just as our brains do to each one of us every single day. 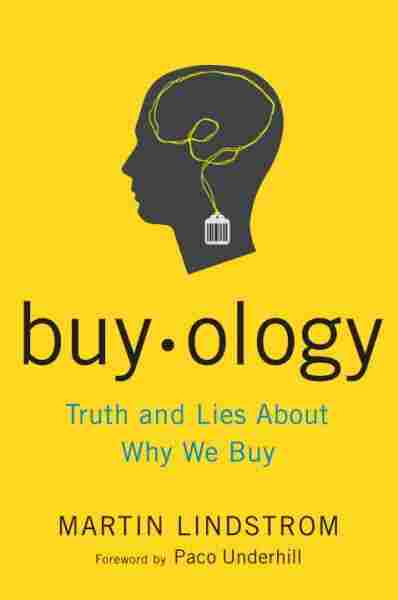 Truth and Lies About Why We Buy

by Martin Lindstrom and Paco Underhill