Accessibility links
Excerpt: 'All Art Is Propaganda' Dickens is remarkable, indeed almost unique, among modern writers in being able to give a convincing picture of happiness.

Excerpt: 'All Art Is Propaganda'

Excerpt: 'All Art Is Propaganda' 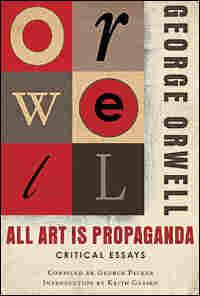 "Can Socialists Be Happy?"
From the Tribune 1943

The thought of Christmas raises almost automatically the thought of Charles Dickens, and for two very good reasons. To begin with, Dickens is one of the few English writers who have actually written about Christmas. Christmas is the most popular of English festivals, and yet it has produced astonishingly little literature.

There are the carols, mostly medieval in origin; there is a tiny handful of poems by Robert Bridges, T. S. Eliot, and some others, and there is Dickens; but there is very little else. Secondly, Dickens is remarkable, indeed almost unique, among modern writers in being able to give a convincing picture of happiness.

Dickens dealt successfully with Christmas twice — in a well-known chapter of The Pickwick Papers and in The Christmas Carol. The latter story was read to Lenin on his deathbed and, according to his wife, he found its "bourgeois sentimentality" completely intolerable. Now in a sense Lenin was right; but if he had been in better health he would perhaps have noticed that the story has some interesting sociological implications. To begin with, however thick Dickens may lay on the paint, however disgusting the "pathos" of Tiny Tim may be, the Cratchit family do give the impression of enjoying themselves. They sound happy as, for instance, the citizens of William Morris's News From Nowhere don't sound happy. Moreover — and Dickens's understanding of this is one of the secrets of his power — their happiness derives mainly from contrast. They are in high spirits because for once in a way they have enough to eat. The wolf is at the door, but he is wagging his tail. The steam of the Christmas pudding drifts across a background of pawnshops and sweated labour, and in a double sense the ghost of Scrooge stands beside the dinner table. Bob Cratchit even wants to drink Scrooge's health, which Mrs. Cratchit rightly refuses. The Cratchits are able to enjoy their Christmas precisely because Christmas only comes once a year. Their happiness is convincing just because it is described as incomplete.

All efforts to describe permanent happiness, on the other hand, have been failures, from earliest history onwards. Utopias (incidentally the coined word Utopia doesn't mean "a good place," it means merely "a non- existent place") have been common in the literature of the past three or four hundred years, but the "favourable" ones are invariably unappetising, and usually lacking in vitality as well.

By far the best known modern Utopias are those of H. G. Wells. Wells's vision of the future, implicit all through his early work and partly set forth in Anticipations and A Modern Utopia, is most fully expressed in two books written in the early 'twenties, The Dream and Men Like Gods. Here you have a picture of the world as Wells would like to see it — or thinks he would like to see it. It is a world whose keynotes are enlightened hedonism and scientific curiosity. All the evils and miseries that we now suffer from have vanished. Ignorance, war, poverty, dirt, disease, frustration, hunger, fear, overwork, superstition — all vanished. So expressed, it is impossible to deny that that is the kind of world we all hope for. We all want to abolish the things that Wells wants to abolish. But is there anyone who actually wants to live in a Wellsian Utopia? On the contrary, not to live in a world like that, not to wake up in a hygienic garden suburb infested by naked schoolmarms, has actually become a conscious political motive. A book like Brave New World is an expression of the actual fear that modern man feels of the rationalised hedonistic society which it is within his power to create. A Catholic writer said recently that Utopias are now technically feasible and that in consequence how to avoid Utopia had become a serious problem. With the Fascist movement in front of our eyes we cannot write this off as a merely silly remark. For one of the sources of the Fascist movement is the desire to avoid a too- rational and too- comfortable world.

All "favourable" Utopias seem to be alike in postulating perfection while being unable to suggest happiness. News From Nowhere is a sort of goody-goody version of the Wellsian Utopia. Everyone is kindly and reasonable, all the upholstery comes from Liberty's, but the impression left behind is of a sort of watery melancholy. Lord Samuel's recent effort in the same direction, An Unknown Country, is even more dismal. The inhabitants of Bensalem (the word is borrowed from Francis Bacon) give the impression of looking on life as simply an evil to be got through with as little fuss as possible. All that their wisdom has brought them is permanent low spirits. But it is more impressive that Jonathan Swift, one of the greatest imaginative writers who have ever lived, is no more successful in constructing a "favourable" Utopia than the others.

The earlier parts of Gulliver's Travels are probably the most devastating attack on human society that has ever been written. Every word of them is relevant today; in places they contain quite detailed prophecies of the political horrors of our own time. Where Swift fails, however, is in trying to describe a race of beings whom he does admire. In the last part, in contrast with the disgusting Yahoos, we are shown the noble Houyhnhnms, a race of intelligent horses who are free from human failings. Now these horses, for all their high character and unfailing common sense, are remarkably dreary creatures. Like the inhabitants of various other Utopias, they are chiefly concerned with avoiding fuss. They live uneventful, subdued, "reasonable" lives, free not only from quarrels, disorder or insecurity of any kind, but also from "passion," including physical love. They choose their mates on eugenic principles, avoid excesses of affection, and appear somewhat glad to die when their time comes. In the earlier parts of the book Swift has shown where man's folly and scoundrelism lead him: but take away the folly and the scoundrelism, and all you are left with, apparently, is a tepid sort of existence, hardly worth leading.

Attempts at describing a definitely other- worldly happiness have been no more successful. Heaven is as great a flop as Utopia — though Hell, it is worth noting, occupies a respectable place in literature, and has often been described most minutely and convincingly. It is a commonplace that the Christian Heaven, as usually portrayed, would attract nobody. Almost all Christian writers dealing with Heaven either say frankly that it is indescribable or conjure up a vague picture of gold, precious stones, and the endless singing of hymns. This has, it is true, inspired some of the best poems in the world:

Thy walls are of chalcedony,
Thy bulwarks diamonds square,
Thy gates are of right orient pearl
Exceeding rich and rare!

Holy, holy, holy, all the saints adore Thee,
Casting down their golden crowns about the glassy sea,
Cherubim and seraphim falling down before Thee,
That wast, and art, and evermore shalt be! 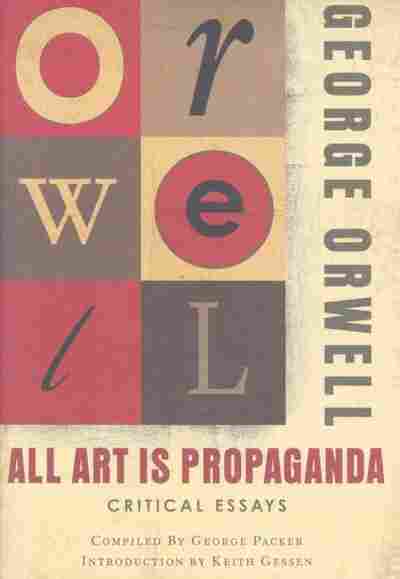 All Art Is Propaganda