Accessibility links
Bill O'Reilly Discusses Jesus, Obama — And Himself Fox News TV host Bill O'Reilly describes himself "as the most controversial journalist and commentator in the United States of America." In his memoir, A Bold Fresh Piece of Humanity, he explains how he got that way. 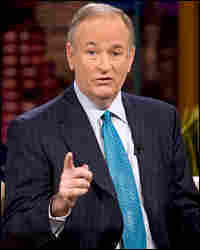 FOX News TV host Bill O'Reilly describes himself "as the most controversial journalist and commentator in the United States of America." In his memoir, A Bold Fresh Piece of Humanity, he explains how he got that way.

O'Reilly says the book's title comes straight from his childhood, when a nun used the phrase to describe him as she punished him for misbehaving in her third-grade class.

While the story may be amusing, O'Reilly tells NPR's Renee Montagne that he didn't write the memoir to be funny. Instead, he said he wants "to get people to realize why I believe what I believe. Everybody knows what I believe, because I'm a big bloviator. But they don't know why — how it was formed.

"And Catholic schools and my parents and my teaching experiences — because I was a high school teacher — that all added up and brought us to where we are today, for good or ill."

O'Reilly says that in those early days, and in his life now, he saw the world in terms of a struggle between good and evil.

The memoir contains a passage in which the social and political commentator describes people who think he himself is evil — a risk run by anyone who "puts themselves on the line," he said.

"Some people thought Jesus was evil; they nailed him to a cross," O'Reilly said.

That led to a question: Was he now comparing himself to Jesus Christ?

"No, but I'm giving you an analogy that's vivid," O'Reilly answered.

In the book, O'Reilly describes his childhood as that of a "young hooligan" — building things with a friend only so that they could tear them down.

"We were training to be Teamsters and didn't even know it," O'Reilly said. "I'm surprised I didn't get a tattoo."

And he says those years in the Levittown section of Long Island, N.Y., stand in stark contrast to the way children are raised today.

"Today, kids are coddled. In the '50s and early '60s, it was, 'Look, you're a kid, you go out, you take your lumps, you come home.' " That approach, O'Reilly said, taught him the self-reliance that he still counts on.

O'Reilly also uses his new book to identify what he calls a central failing of President Bush's term in office: Rich Guy Syndrome.

"The Rich Guy Syndrome is, 'It's always going to work out, because it always has worked out, because we have money.' So you get in trouble, you buy your way out."

That thinking was not a good fit for finding solutions to problems in Iraq or the economy, O'Reilly said. According to him, someone with a different background would have had a greater sense of urgency in dealing with those obstacles. "Maybe a Barack Obama will," O'Reilly said. "I hope he will."

Of the president-elect, who is finalizing his Cabinet selections while preparing to take office, O'Reilly said, "He's doing all right, but the jury is entirely out on Barack Obama."

Obama's Cabinet choices have been "pretty solid, except for this Holder, this attorney general — nobody can figure that out," O'Reilly said, referring to Eric Holder, the former Clinton administration official who is Obama's pick for the nation's top law enforcement post.

"But, you know, the rubber meets the road in a few weeks." 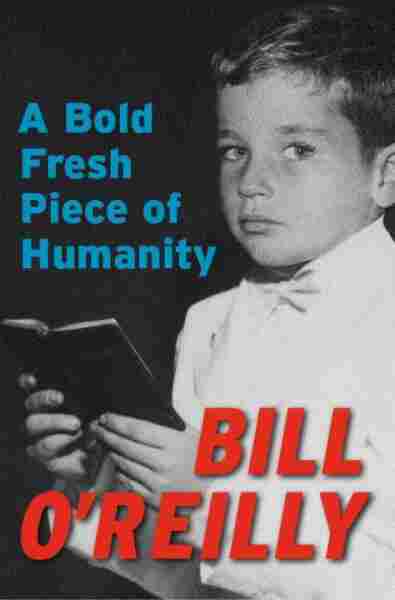 A Bold Fresh Piece of Humanity