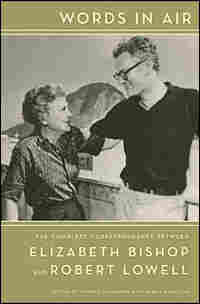 I should have set your mind at rest about Pound weeks ago. Mrs. Pound was here just after the liberation seeing her son, Omar. I gather it's pretty certain that Pound is returning to Italy sometime towards the middle of July. He seems rather to hibernate through his winters – a relative hibernation; for us it would seem fierce activity. But of course when he was released, exhausting energies appeared — a trip to Charlottesville, lunches with colonels, professors, fans, suggestions that he was about to study old Egyptian, tour Germany, France, and England. Mrs. Pound had a long list of addresses and high-spots to see in Boston. We cut them down to a morning at the John Adams' House-very grave and cool after Ezra and the pealing trafficwrung environs of Boston.

Last Sunday, Marianne Moore read before thousands on the Public Garden. I went rather fearing that neither her poems nor her delivery would carry. They didn't very much, yet that seemed irrelevant. She entered with a black cloak and black jacket and a diamondy green dress. The cloak came off, then after slight hesitation the jacket, then another pause and the cloak went on again. She had her audience. Each obstruction fell into her hands: a whistle from the amplifier ("I see I have a rival"), trucks rumbling down Boylston Street, a mute bean-shaven young man, who kept pushing her back to the speaker, an unexquisite mass of red flowers, received with a disgruntled, admiring "gorgeous?" Each epigram was cheered. Jack Sweeney's Irish wife said in amazement, "Why, this is the only real American."

We're about off for Maine. Our house has a dock atmosphere as boxes of heavy clothing move downwards towards our new, shining, gun-metal-gray and meekly utilitarian ranch wagon. I return on the thirtieth of June to teach at the Harvard Summer School. It's disappointing to be away from my family, but doing something seemed altogether preferable to commuting weekly from Maine to my doctor.

We like Ives too. As soon as I put him on the phonograph a year and a half or so ago, Lizzie pricked her ears and felt he was firmly new and not just another advanced American copy of the big Europeans. I suppose he reminds one of Emily Dickinson, the queer mind, old-fashioned yet way ahead, and somehow superior to publication. I like hymns and feel assured getting them with so stern [a] discovering intelligence.

Awfully good to hear that you are writing poems again. I too have a lot of old lumber. Somehow it won't light. However, I have about enough for a book, and feel half-happy to let it rest in a drawer until the next awakening. I like the language of my new poems, but feel fatigued by their fierceness, my old serpent in the perfect garden. I wish I could be described as stubborn hopeful, summery, utilitarian.

Just read the Agee. He has something of Ives' earlier America. There's a heart-breaking brevity to its ungainly, wooden, doomful little action. I add Agee's death to his hero's and can't forget the epitaph. Wish I enjoyed the telling as much as the overall momentum.

I am sending you one little new poem. The ending grows untimely and needs an upstroke. We are all very jolly and close, and marvel at Harriet bursting into words. "Shoe" is her favorite, and she calls the mounted policeman in a forsythia-yellow oilskin ambling down the Back Bay checking parking meter violations "doggie."

Love to you and Lota,

P.S. I must write you about Eliot and his new bride next letter. They danced so dashingly at a Charles River boatclub brawl that he was called "Elbows Eliot." 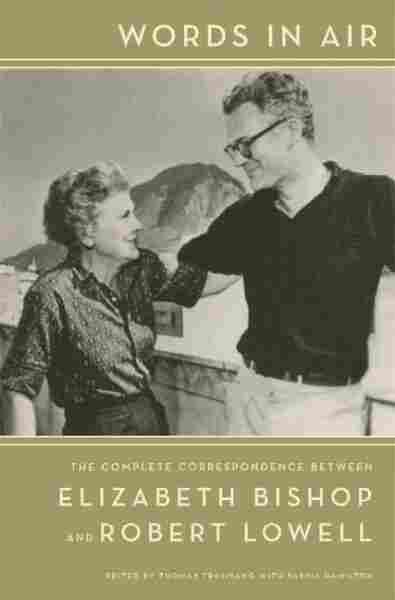 The Complete Correspondence Between Elizabeth Bishop and Robert Lowell