Warning: getimagesize(https://media.npr.org/books/holidays/2008/pearl/broken_200-2d48f18beeca940e699b4d8a7d110dd284b6a6d5.jpg): failed to open stream: HTTP request failed! HTTP/1.0 404 Not Found in /var/www/html/src/Views/CommonJsonldView.php on line 87
 Excerpt: 'The Broken Shore' : NPR
Accessibility links
Excerpt: 'The Broken Shore' Cashin walked around the hill, into the wind from the sea. It was cold, late autumn, last glowing leaves clinging to the liquid-ambars and maples his great-grandfather's brother had planted, their surrender close. 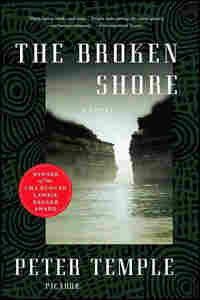 Cashin walked around the hill, into the wind from the sea. It was cold, late autumn, last glowing leaves clinging to the liquid-ambars and maples his great-grandfather's brother had planted, their surrender close. He loved this time, the morning stillness, loved it more than spring.

The dogs were tiring now but still hunting the ground, noses down, taking more time to sniff, less hopeful. Then one picked up a scent and, new life in their legs, they loped in file for the trees, vanished.

When he was near the house, the dogs, black as liquorice, came out of the trees, stopped, heads up, looked around as if seeing the land for the first time. Explorers. They turned their gaze on him for a while, started down the slope.

He walked the last stretch as briskly as he could, and, as he put his hand out to the gate, they reached him. Their curly black heads tried to nudge him aside, insisting on entering first, strong back legs pushing. He unlatched the gate, they pushed it open enough to slip in, nose to tail, trotted down the path to the shed door. Both wanted to be first again, stood with tails up, furry scimitars, noses touching at the door jamb.

Inside, the big poodles led him to the kitchen. They had water bowls there and they stuck their noses into them and drank in a noisy way. Cashin prepared their meal: two slices each from the cannon-barrel dog sausage made by the butcher in Kenmare, three handfuls each of dry dog food. He got the dogs' attention, took the bowls outside, placed them a metre apart.

The dogs came out. He told them to sit. Stomachs full of water, they did so slowly and with disdain, appeared to bearthritic. Given permission to eat, they looked at the food without interest, looked at each other, at him. Why have we been brought here to see this inedible stuff?

Cashin went inside. In his hip pocket, the mobile rang.

Kendall Rogers, from the station.

"Had a call from a lady," she said. "Near Beckett. A Mrs. Haig. She reckons there's someone in her shed."

He went to the kitchen table and wrote on the pad: date, time, incident, address. "Tell her fifteen, twenty. Give her my number if anything happens before I get there."

The dogs liked his urgency, rushed around, made for the vehicle when he left the building. On the way, they stood on station, noses out the back windows. Cashin parked a hundred metres down the lane from the farmhouse gate. A head came around the hedge as he approached.

"Cop?" she said. She had dirty grey hair around a face cut from a hard wood with a blunt tool.

"The uniform and that?"

"Plainclothes," he said. He produced the Victoria Police badge with the emblem that looked like a fox. She took off her smudged glasses to study it.

"Them police dogs?" she said.

He looked back. Two woolly black heads in the same window.

"They work with the police," he said. "Where's this person?"

They went around the house. He felt the fear rising in him like nausea.

The shed was a long way from the house, you had to cross an expanse of overgrown garden, go through an opening in a fence lost beneath rampant potato-creeper. They walked to the gate. Beyond was knee-high grass, pieces of rusted metal sticking out.

"What's inside?" Cashin said, looking at a rusted shed of corrugated iron a few metres from the road, a door half open. He felt sweat around his collarbones. He wished he'd let Kendall do this.

Mrs. Haig touched her chin, black spikes like a worn-down hair brush. "Stuff," she said. "Junk. The old truck. Haven't bin in there for years. Don't go in there."

Her head jerked, alarmed. "Bastard might hurt im," she said.

"Monty, call them all Monty, after Lord Monty of Alamein. Too young, you wouldn't know."

"And them police dogs? What bloody use are they?"

"Kept for life-and-death matters," Cashin said, controlling his voice. "I'll be at the door, then you let Lord Monty out."

His mouth was dry, his scalp itched, these things would not have happened before Rai Sarris. He crossed the grassland, went to the left of the door. You learned early to keep your distance from potentially dangerous people, and that included not going into dark sheds to meet them.

Mrs. Haig was at the potato-creeper hedge. He gave her the thumbs-up, his heart thumping.

The small dog came bounding through the grass, all tight muscles and yap, went for the shed, braked, stuck its head in the door and snarled, small body rigid with excitement.

Cashin thumped on the corrugated iron wall with his left hand. "Police," he said loudly, glad to be doing something. "Get out of there. Now!"

Not a long wait.

A man appeared in the doorway, hesitated, came out carrying a canvas swag. He ignored the dog.

"On my way," he said. "Just had a sleep." He was in his fifties perhaps, short grey hair, big shoulders, a day's beard.

"Call the dog, Mrs. Haig," Cashin said over his shoulder.

The woman shouted and the dog withdrew, reluctant but obedient.

"Trespassing on private property," said Cashin, calmer. He felt no threat from the man.

"Put the swag down," Cashin said. "Take off your coat."

The man folded his bluey, put it down on his swag, at his feet. He wore laced boots, never seen polish, toes dented.

"How'd you get here?" Cashin said.

"Just going. My own business where I go."

"Don't make it hard," Cashin said. "I haven't had breakfast. No ID, I take you in for fingerprinting, charge you with trespass, put you in the cells. Could be a while before you see daylight."

The man bent, found a wallet in his coat, took out a folded sheet of paper, offered it.

"Put it in the pocket and chuck the coat over."

It landed a metre away.

"Back off a bit," Cashin said. He collected the coat, felt it. Nothing. He took out the piece of paper, often folded, worn. He opened it.

Dave Rebb has worked on Boorindi Downs for three years and is a hard worker and no trouble, his good with engines, most mechanic things. Also stock. I would employ him again any time.

It was signed Colin Blandy, manager, and dated 11 August 1996. There was a telephone number.

Cashin found his notebook and wrote down the names and the number, put the paper back in the coat. "Scared the lady here," he said. "That's not good."

"Been in trouble with the police, Dave?"

"No. Never been in trouble."

"Could be a murderer," said Mrs. Haig behind him. "Killer. Dangerous killer."

"Me, Mrs. Haig," said Cashin, "I'm the policeman, I'm dealing with this. Dave, I'm going to drive you to the main road. Come back this way, you'll be in serious trouble. Okay?"

Cashin took the two steps and gave the man back his coat. "Let's go."

In the vehicle, Dave Rebb offered his hands to the dogs, he was a man who knew about dogs. At the T-junction, Cashin pulled over.

"Which way you going?" he said.

There was a moment. "Cromarty."

"Drop you at Port Monro," Cashin said. He turned left. At the turnoff to the town, he stopped. They got out and he opened the back for the man's swag.

Waiting to turn, Cashin watched Rebb go, swag horizontal across his back, sticking out. In the morning mist, he was a stubby-armed cross walking. 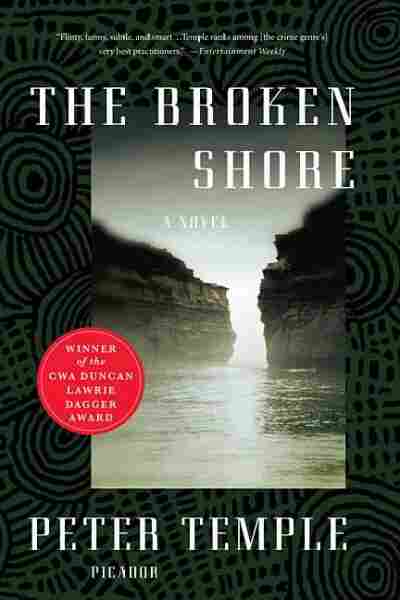