Accessibility links
Excerpt: 'Dear American Airlines' My name is Benjamin R. Ford and I am writing to request a refund in the amount of $392.68... 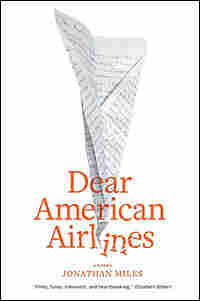 My name is Benjamin R. Ford and I am writing to request a refund in the amount of $392.68. But then, no, scratch that: Request is too mincy & polite, I think, too officious & Britishy, a word that walks along the page with the ramrod straightness of someone trying to balance a walnut on his upper ass cheeks. Yet what am I saying? Words don't have ass cheeks! Dear American Airlines, I am rather demanding a refund in the amount of $392.68. Demanding demanding demanding. In Italian, richiedere. Verlangen in German and trebovat in the Russki tongue but you doubtless catch my drift. Imagine, for illustrative purposes, that there's a table between us. Hear that sharp sound? That's me slapping the table. Me, Mr. Payable to Benjamin R. Ford, whapping the damn legs off it! Ideally you're also imagining concrete walls and a naked lightbulb dangling above us: Now picture me bursting to my feet and kicking the chair behind me, with my finger in your face and my eyes all red and squinty and frothy bittles of spittle freckling the edges of my mouth as I bellow, roar, yowl, as I blooooow like the almighty mother of all blowholes: Give me my goddamn money back! See? Little twee request doesn't quite capture it, does it? Nossir. This is a demand. This is fucking serious.

Naturally I'm aware that ten zillion cranks per annum make such demands upon you. I suppose you little piglets are accustomed to being huffed upon and puffed upon. Even now, from my maldesigned seat in this maldesigned airport, I spy a middle-aged woman waving her arms at the ticket counter like a sprinklerhead gone awry. Perhaps she is serious, too. Maybe, like me, even fucking serious. Yet the briefcase by the woman's feet and her pleated Talbots suit lead me to conclude that she's probably missing some terribly important meeting in Atlanta where she's slated to decide something along the lines of which carbonated beverage ten zillion galoots aged 18–34 will drink during a specified half-hour of television viewing in four to six midwestern markets and I'm sure the ticket agent is being sweetly sympathetic to the soda lady's problem but screw her anyway. So a half-zillion galoots drink Pepsi rather than Coke, so what? My entire being, on the other hand, is now dust on the carpet, ripe and ready to be vacuumed up by some immigrant in a jumpsuit.

Please calm down sir, I can hear you saying. Might we recommend a healthy snack, perhaps some sudoku? Yes, sudoku: apparently the analgesic du jour of the traveling class. That little game is what appears to be getting my fellow citizens through these hours of strandedness, hours that seem to be coagulating, wound-like, rather than passing. They say a watched pot never boils but baby it's tough not to watch when you're neck-deep in the pot. Just how many hours so far, I can't say — not with any precision anyway. Why are there so few clocks in airports? You can't turn your head more than ten degrees in a train station without hitting another clock on the wall, the ceiling, the floor, etc. You'd think that the smartasses who design airports, taking a hint from their forebears, would think to hang a clock or two on the walls instead of leaving the time-telling to the digital footnotes at the bottom of the scattered schedule screens. I take an oversized amount of pride in the fact that I've never worn a wristwatch since my thirteenth birthday when my father gave me a Timex and I smashed it with a nine-iron to see how much licking would stop its ticking (not much, as it turned out). But then airports weren't designed for people like me, a fact becoming more and more obvious as I divide my present between smoking cigarettes on the sidewalk outside and drumming my fingers on the armrests of the chairs inside. But even more odious than the clocklessness, I might add, is replacing the beep-beep-beep of those passenger carts with digitized birdsong imitations. Birdsongs! I shouldn't have to tell you that being run down by a twelve-foot sparrow is little improvement over being run down by a militarized golfcart. But then that's a matter for the smartasses, not you, so mea culpa. We must be choosy with our battles, or so I've been told.

It occurs to me that none of this will do me a bit of good unless I state my particulars, to wit: My ticket — purchased for $392.68 as I've relevantly aforementioned and will continue to mention, as frequently as a tapdancer's clicks — is for roundtrip passage from New York–LaGuardia to Los Angeles's LAX (with a forty-five-minute layover at Chicago O'Hare; were there a clock nearby, I'd divulge the truer length of my layover, but it's safe to say it's edging toward eight hours, with no end in sight). In that eightish-hour period I've smoked seventeen cigarettes which wouldn't be notable save for the fact that the dandy Hudson News outlets here don't stock my brand so I'll soon be forced to switch to another, and while that shouldn't upset me it does. In fact, it enrages me. Here's my life in dangly tatters and I can't even enjoy this merest of my pleasures. Several hours ago a kid in a Cubs windbreaker bummed one of mine and I swear if I spy him again I'll smash him like a Timex. Cough it up, you turd. But then all this talk of smoking is giving me the familiar itch, so if you'll excuse me for a moment I'm off to the sidewalk, as required by law, to scratch it. 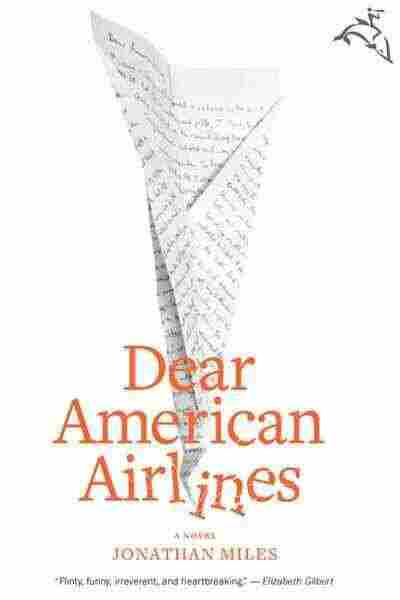