Accessibility links
John Patrick Shanley On Dogma And 'Doubt' The writer and director is no stranger to doubt. Shanley — whose Pulitzer-winning play has been adapted for the screen — went to Catholic school as a child and says he knew the priests didn't play by the rules. 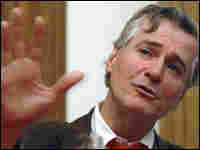 Shanley won an Oscar for his 1987 script of Moonstruck. His play Doubt, A Parable won the Pulitzer Prize for drama in 2005. Michal Kamaryt/AP/CTK hide caption 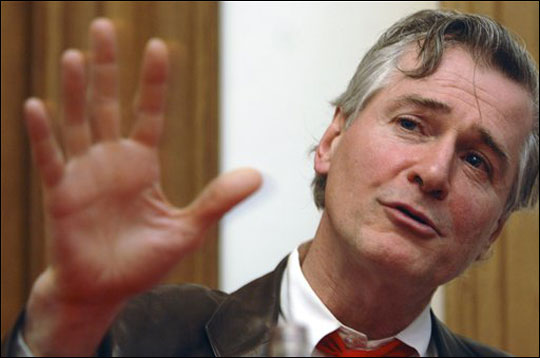 Shanley won an Oscar for his 1987 script of Moonstruck. His play Doubt, A Parable won the Pulitzer Prize for drama in 2005.

John Patrick Shanley is no stranger to doubt.

The playwright — whose Pulitzer Prize-winning play Doubt, A Parable has been adapted for the screen — attended Catholic school as a child and says he knew the priests didn't abide by the rules.

The film — directed by Shanley and starring Meryl Streep, Amy Adams and Philip Seymour Hoffman — is about allegations of abuse in a 1960s Catholic school. It opens Friday.

Shanley tells Morning Edition host Renee Montagne that the opening scenes take place on the street where he grew up, and the movie is set at St. Anthony's, his childhood school.

Shanley describes his New York neighborhood as working-class: "It was largely a Roman Catholic and Irish and Italian neighborhood," he says, "with some Jews that kind of kept a low profile."

The film follows the story of Sister Aloysius (Streep) — an old-school, hard-as-nails, no-nonsense nun — who suspects Father Flynn (Hoffman) is sexually abusing the school's first and only black student.

"What led to the church scandals was [the] blindness that people had about who was good and who was bad, and what was right and what was wrong," Shanley says.

Though Sister Aloysius is hardly a sympathetic character, Doubt juxtaposes the priests' indulgent lifestyle with the disciplined, observant life of the nuns. Shanley says even though the priests and nuns at his school lived in buildings just 40 feet apart, the priests drank and smoked, while nuns ate under a strict vow of silence.

Aloysius is a complex character — Flynn describes her as a "dragon" — and Shanley says that just as dragons can be "great enemies or great allies," viewers must decide if Aloysius is a source of protection for the children, or simply has her own agenda of hurting Father Flynn.