Accessibility links
The Best African Music Of 2008 This has been a strong year for African music, with two big trends emerging: the continuing integration of African music into the U.S. and European mainstream, as well as the ongoing unearthing of treasures from Afropop's "golden era," particularly the '70s.

Listen
The Best African Music Of 2008

The Best African Music Of 2008 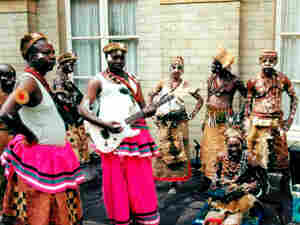 This has been a strong year for African music, with two big trends emerging. The first is the continuing integration of African music into the U.S. and European mainstream. Nigerian Afrobeat is played in virtually every major Western city these days. Africanized blues and rock acts continue to emerge in the U.S. and the U.K., while African-inspired riffs have turned up in the hands of indie-rock outfits like Vampire Weekend and jam bands like Toubab Krewe. Hip-hop is surging in Africa, but now African rappers in London (Emmanuel Jal) and Toronto (K'Naan) seem to be figuring out how to translate it successfully to the international stage.

The other trend is the ongoing unearthing of treasures from Afropop's "golden era," particularly the '70s. The two compilations included here are exceptional, but hardly alone among this year's offerings. Very tough to choose, but here's my year-end Top 10 (with one wild card).

The Best African Music Of 2008 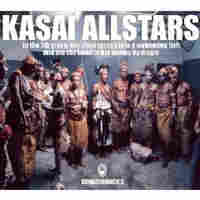 This collective draws from members of five traditional ensembles in Congo's central Kasai region. The music has roots in the ancient rituals and celebrations of the bush, but it's also urban because these musicians came together in the Congolese capital, Kinshasa, and incorporate electric guitar and bass alongside metallic hand pianos, wooden xylophones, slit drums and other percussion instruments. The band's producers call the sound Congotronics. I call it mesmerizing musical sorcery. 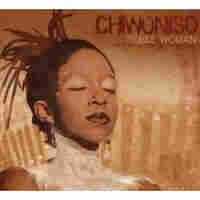 Chiwoniso is one of the most powerful vocalists to emerge from Africa in recent years. Born to musical Zimbabwean parents in the U.S., she returned to Zimbabwe to make her career. Her second release, four years in the making, honors the sacred tradition of the mbira (a hand piano used in Shona religious ceremonies). But it also marshals the confidence and nuance of jazz, pop and R&B -- styles Chiwoniso has absorbed during her bi-cultural journey. 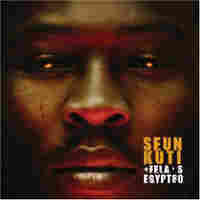 The youngest son of the late Nigerian legend Fela Kuti (founder of the funky, expansive Afrobeat sound) does himself proud with this debut. Leading the elders in his father's old band with sprightly rambunctiousness, Seun Kuti hews closer to the classic Afrobeat groove than his more experimental older brother Femi, who also released an excellent new release (Day by Day) this year. With powerhouse bands and bold political rhetoric, the Kuti brothers remain the genre's standard-bearers, despite strong worldwide competition. 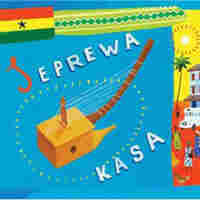 The seprewa is a venerable, gut-stringed harp whose music is part of the DNA of the influential West African dance-band sound "highlife." Kari Banaman, a guitarist with the legendary highlife fusion band Osibisa, heard the seprewa played at a world-music festival in Switzerland in 2002. He went back to Ghana and joined forces with university instructors and seprewa aces Osei Korankye and Baffour Kyerematen, and the result is one of the freshest new sounds from Ghana in years, as well as a treasure of acoustic Afropop. 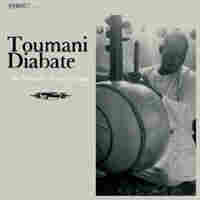 Toumani Diabate is considered the greatest living master of the 21-string Mande bridge harp, the kora. Here, he returns to the solo format that launched him internationally in 1987, and he lives up to his star billing. These profoundly poised interpretations of Mande traditional repertoire cast a deep spell with understatement and subtlety. Honorable mention goes to his U.S.-based cousin, Mamadou Diabate, whose 2008 solo release Douga Mansa is explosive by comparison -- McCoy Tyner to Toumani's Bill Evans. 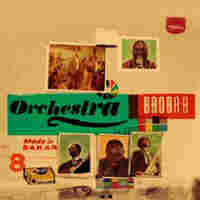 This vintage Senegalese band has trafficked in a blend of salsa, West African traditional pop and psychedelia since the early '70s. Its second release since a 2001 reunion finds the veterans in top form. One highlight is a reprise of the 1972 hit "Nijaay," which touts fine clothes and perfume as secrets to a successful marriage, and includes a cameo by Senegalese superstar Youssou N'Dour. 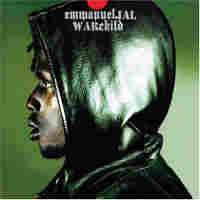 African rappers have yet to make much headway internationally, but this survivor of Sudan's north-south civil war is well positioned to change that. Emmanuel Jal marshals a brutally frank account of his life as a child soldier and refugee with surprising gentleness. Rich, gospel-fused vocal layers and creative arranging by Jal's London-based Bahamian producer make for one of the most arresting and original African hip-hop releases to date. 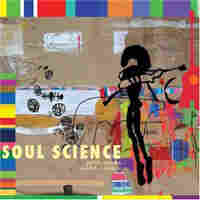 Ya Ta Kaaya [I Want to Stay Fresh]

Soul Science is a collaboration between worldly British guitarist/producer Justin Adams and Gambian musician Juldeh Camara, a master of the one-stringed fiddle called ritti. This act is spearheading the U.K. manifestation of the ongoing Africanization of rock 'n' roll. "Yo Ta Kaaya" says it all with its rowdy, re-Africanized take on the Bo Diddley beat. 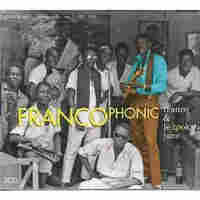 Franco's preeminence among African bandleaders is beyond dispute. From his first session in 1953 until his death in 1989, he recruited the best singers, composers and instrumentalists in Congo (then Zaire), and his vast catalog is consistently rewarding. This two-CD set is the first installment of an eventual four-disc retrospective. The music traces the emergence of Congolese "rumba" and "soukous," while extensive notes and photos bring the social context and Franco's mercurial personality vividly to life. 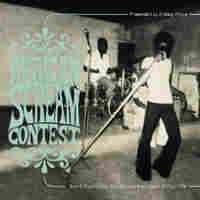 This stunningly thorough and meticulously researched compilation reveals a hidden chapter of 1970s "golden age" West African pop music. This is a world where Cuban and Congolese music and sacred Vodun rhythms merge with James Brown-style funk and its West African cousin, Afrobeat -- the latter two genres in their infancies at the time. The breathless enthusiasm and stylistic quirks of the era reach a pleasing boil in "Ye Nan Lon An." 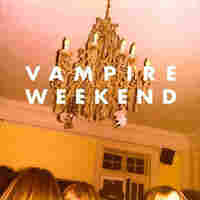 Okay, these recent Columbia grads -- with their peppy, idiosyncratic indie-rock -- hardly qualify as an African band. But their use of African guitar-pop amid a diverse palette of more familiar sonic colors represents a noteworthy advance of Africa into the American mainstream. Plus, this debut CD boasts some of the catchiest and most joyful pop tunes heard this year.