Accessibility links
Understanding The Science Of Shopping What makes a shopper spend at one store and not others? Paco Underhill, founder and CEO of Envirosell and author of Why We Buy: The Science of Shopping, explains how he sizes up a shop for its selling potential. Also: why spending may not slow even in a slumping economy.

Listen
Understanding The Science Of Shopping

What makes a shopper spend at one store and not others? Paco Underhill, founder and CEO of Envirosell and author of Why We Buy: The Science of Shopping, explains how he sizes up a shop for its selling potential. Also: why spending may not slow even in a slumping economy.

Excerpt: 'Why We Shop' 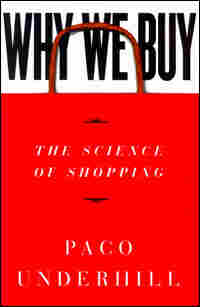 When they were a client I used to tell Woolworth's, if you would just hold Dad's Day at your stores once a week, you'd bring in a lot more money.

They didn't listen. You may have heard.

Men and women differ in just about every other way, so why shouldn't they shop differently, too? The conventional wisdom on male shoppers is that they don't especially like to do it, which is why they don't do much of it. It's a struggle just to get them to be patient company for a woman while she shops. As a result, the entire shopping experience — from packaging design to advertising to merchandising to store design and fixturing — is generally geared toward the female shopper.

Women do have a greater affinity for what we think of as shopping — walking at a relaxed pace through stores, examining merchandise, comparing products and values, interacting with sales staff, asking questions, trying things on and ultimately making purchases. Most purchasing traditionally falls to women, and they usually do it willingly — even when shopping for the mundane necessities, even when the experience brings no particular pleasure, women tend to do it in dependable, agreeable fashion. Women take pride in their ability to shop prudently and well. In a study we ran of baby products, women interviewed insisted that they knew the price of products by heart, without even having to look. (Upon further inquiry, we discovered that they were mostly wrong.) As women's roles change, so does their shopping behavior — they're becoming a lot more like men in that regard — but they're still the primary buyer in the American marketplace.

In general, men, in comparison, seem like loose cannons. We've timed enough shoppers to know that men always move faster than women through a store's aisles. Men spend less time looking, too. In many settings it's hard to get them to look at anything they hadn't intended to buy They usually don't like asking where things are, or any other questions, for that matter. (They shop the way they drive.) If a man can't find the section he's looking for, he'll wheel about once or twice, then give up and leave the store without ever asking for help. You can watch men just shut down.

You'll see a man impatiently move through a store to the section he wants, pick something up, and then, almost abruptly, he's ready to buy, having taken no apparent joy in the process of finding. You've practically got to get out of his way. When a man takes clothing into a dressing room, the only thing that stops him from buying it is if it doesn't fit. Women, on the other hand, try things on as only part of the consideration process, and garments that fit just fine may still be rejected on other grounds. in one study, we found that 65 percent of male shoppers who tried something on bought it, as opposed to 25 percent of female shoppers. This is a good argument for positioning fitting rooms nearer the men's department than the women's, if they are shared accommodations. If they are not, men's dressing rooms should be very clearly marked, because if he has to search for it, he may just decide it's not worth the trouble.

Here's another statistical comparison: Eighty-six percent of women look at price tags when they shop. Only 72 percent of men do. For a man, ignoring the price tag is almost a measure of his virility. As a result, men are far more easily upgraded than are women shoppers. They are also far more suggestible than women — men seem so anxious to get out of the store that they'll say yes to almost anything.

Now, a shopper such as that could be seen as more trouble than he's worth. But he could also be seen as a potential source of profits, especially given his lack of discipline. Either way, men now do more purchasing than ever before. And that will continue to grow. As they stay single longer than ever, they learn to shop for things their fathers never had to buy. And because they marry women who work long and hard too, they will be forced to shoulder more of the burden of shopping. The manufacturers, retailers and display designers who pay attention to male ways, and are willing to adapt the shopping experience to them, will have an edge in the twenty-first century.

The great traditional arena for male shopping behavior has always been the supermarket. It's here, with thousands of products all within easy reach, that you can witness the carefree abandon and restless lack of discipline for which the gender is known. In one supermarket study, we counted how many shoppers came armed with lists. Almost all of the women had them. Less than a quarter of the men did. Any wife who's watching the family budget knows better than to send her husband to the supermarket unchaperoned. Giving him a vehicle to commandeer, even if it is just a shopping cart, only emphasizes the potential for guyness in the experience. Throw a couple of kids in with Dad and you've got a lethal combination; he's notoriously bad at saying no when there's grocery acquisitioning to be done. Part of being Daddy is being the provider, after all. It goes to the heart of a man's self-image.

I've spent hundreds of hours of my life watching men moving through supermarkets. One of my favorite video moments starred a dad carrying his little daughter on his shoulders. In the snacks aisle, the girl gestures toward the animal crackers display. Dad grabs a box off the shelf, opens it and hands it up — without even a thought to the fact that his head and shoulders are about to be dusted with cookie crumbs. It's hard to imagine Mom in such a wanton scenario. Another great lesson in male shopping came about watching a man and his two small sons pass through the cereal aisle. When the boys plead for their favorite brand, he pulls down a box and instead of carefully opening it along the reclosable tab, he just tips the top, knowing full well that once the boys start in, there won't be any need to reclose it.

Supermarkets are places of high impulse buying for both sexes — fully 60 to 70 percent of purchases there were unplanned, grocery industry studies have shown us. But men are particularly suggestible to the entreaties of children as well as eye-catching displays.

There's another profligate male behavior that invariably shows itself at supermarkets, something we see over and over on the video we shoot at the registers: The man almost always pays. Especially when a man and woman are shopping together, he insists on whipping out his wad and forking it over, lest the cashier mistakenly think it's the woman of the house who's bringing home the bacon. No wonder retailers commonly call men wallet carriers. Or why the conventional wisdom is, sell to the woman, close to the man. Because while the man may not love the experience of shopping, he gets a definite thrill from the experience of paying. It allows him to feel in charge even when he isn't. Stores that sell prom gowns depend on this. Generally, when Dad's along, the girl will get a pricier frock than if just Mom was there with her.

Excerpted from Why We Buy by Paco Underhill Copyright © 1999 by Obat, Inc. 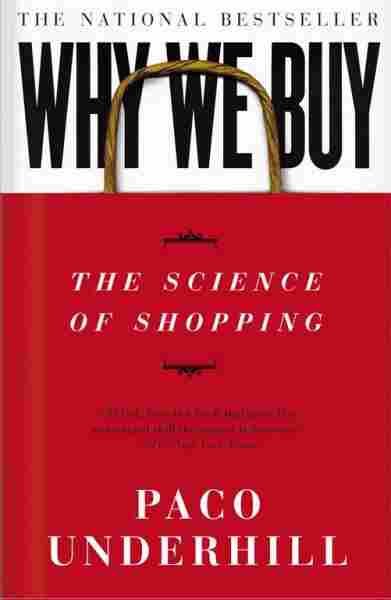 The Science of Shopping