Accessibility links
Reza: Bearing Witness To War And Peace Reza Deghati is considered among the world's great photojournalists. He has traveled the globe for nearly 30 years, bearing witness to wars, unrest, great leaders and the courage of ordinary people trapped by history. 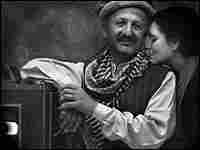 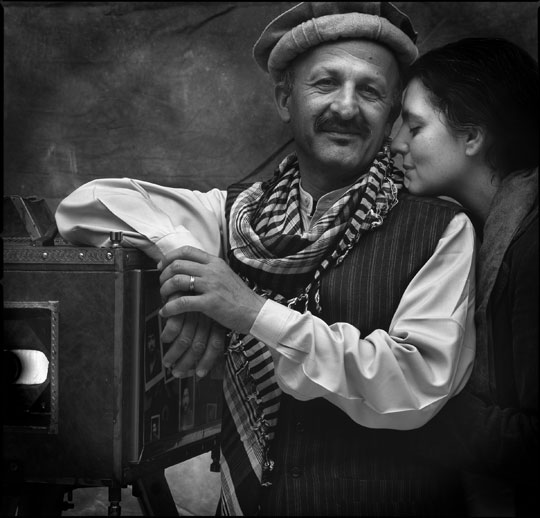 Photojournalist Reza Deghati with his wife, Rachel, in February in Paris. 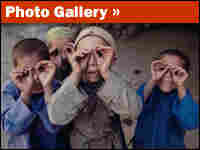 View A Gallery Of Images From 'Reza War And Peace'

Reza Deghati is considered among the world's great photojournalists.

He has traveled the globe for nearly 30 years, bearing witness to wars, unrest, great leaders and the courage of ordinary people trapped by history. He has won countless awards, working for publications such as National Geographic, Newsweek and Time.

Reza's latest book, Reza War and Peace: A Photographer's Journey, is a retrospective of that work, drawing on his own tale of exile and giving voice to those he met along his journey, those without means or audience, who suffer the injustices of war and disaster.

He started out as an architect in Iran in the 1970s, but says he witnessed an event from his office window in Tehran that changed everything.

"I heard some demonstration against the shah — and this was in those days unbelievable," Reza tells NPR's Scott Simon. "Nobody really thought that there would be demonstrations on the streets because the presence of the secret police and army was so strong ... that nobody would dare."

As he watched from the window, army jeeps arrived and soldiers began shooting into the demonstrators, many of whom were students.

One of them "had a camera and he was taking pictures and running," Reza says. "This was a moment that really changed my life. The day after, I was on the street starting [to take photographs], and day after day I just forgot to return back to my office. And this was 30 years ago."

As he documented the political struggles in Iran, Reza says, he realized that for the Iranian government, photographs were perceived as actual weapons. At 22, he was arrested. He spent three years in prison for his photos before being forced into exile in 1981. He has never returned.

Documenting the country's struggle through regime change as the shah fell and the Ayatollah Ruhollah Khomeini returned from exile and took power in 1979 turned him into a real photojournalist, Reza says.

In a section of Reza War and Peace titled, "Thoughts of An Exile," he writes:

"Within you remains the memory of your lost country, and you may feel disappointment in the land where you are now living, the country you thought would be your promised land and beyond it your way of being free. There remains, too, a feeling of mourning for your native land.

This grief is always with you below the surface, but the longing for your homeland is called up even more acutely by a tangible reminder of your country — a familiar smell, a food that tastes like a dish back home, a countryside that evokes scenes from your childhood. You feel it as well when you hear someone speak your language and you hear once again the melody of your native tongue. For the exile, the joys of the present are full of memories of the past.

Since leaving Iran, his work has reflected an extraordinary empathy and intimacy with his subjects, particularly for those longing for home. 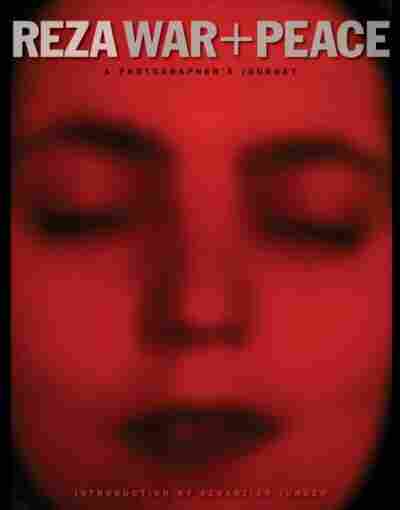 by Reza Deghati and Sebastian Junger