Accessibility links
Unexpected Adventures 'In the Land of Women' Jonathan Kasdan's debut feature brings a refreshing human touch to what could be clichéd material about looking for love and finding a way through life. Maybe that gift runs in the family: His dad wrote and directed The Big Chill. 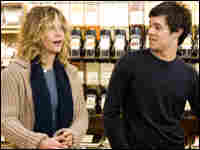 Keeping it Together: Meg Ryan and Adam Brody learn to lean on each other in In the Land of Women. Warner Bros. hide caption 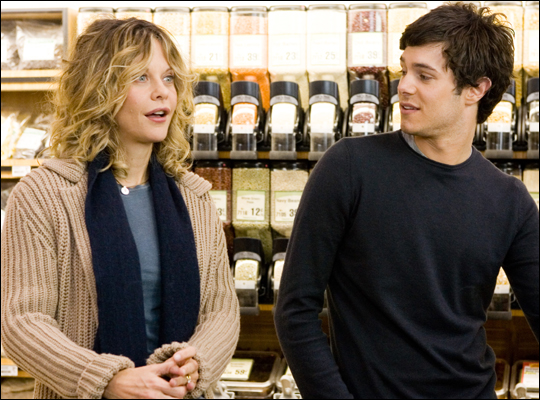 Keeping it Together: Meg Ryan and Adam Brody learn to lean on each other in In the Land of Women.

There's something familiar about In The Land of Women, 27-year-old Jonathan Kasdan's debut feature. His ability to bring a refreshing human touch to what could be clichéd material echoes what his father, Lawrence Kasdan, did in films such as The Big Chill and Body Heat.

But the younger Kasdan is very much his own person, as a writer and as a director. He's taken stock of the world from an age-specific point of view, and he's used sweetness and concern to make something unexpectedly interesting out of a story about looking for love and finding your way through life. This is a film that tries with unusual success to be both commercial and honest, calculating and emotional.

Kasdan has been around the movie business his entire life, which seems to have had a relaxing effect on his key cast members. He's gotten actors as different as The O.C.'s young Adam Brody and the veteran Meg Ryan to work and play well together.

In The Land of Women begins when Carter, a 20-something author played by Brody, gets dumped by his L.A. girlfriend. He decides to use his moment of anguish to get out of town and get down to some serious writing; he'll look in on his ailing grandmother in suburban Michigan, turn her place into a kind of one-man MacDowell Colony. It doesn't quite work that way.

A family across the street, specifically a blond teenager (Kristen Stewart) and her mother (played by Ryan), draws Carter out of his self-imposed exile and into the maelstrom of their complicated lives. It's one of the shrewd conceits of In The Land of Women that although Carter is simultaneously too young for the mother and too old for the daughter, serious flirtation is very much in the cards. While he's trying to recover from his broken heart, he's helping these women with theirs.

Though "promising" is very much an overused word, the best thing about In The Land of Women is how promising it is. Writer-director Kasdan has made the best film he can make now, which is no small thing. He'll make even better ones in the future, which might be a very big thing indeed.