Accessibility links
Partition Still Casts Shadow On India-Pakistan Ties Historians Sugata Bose and Ayesha Jalal say that tensions between India and Pakistan can be traced back to the divisions set up in 1947. They say the violence that accompanied the partition of the Indian subcontinent could have been avoided. 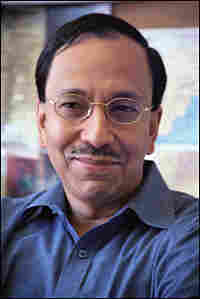 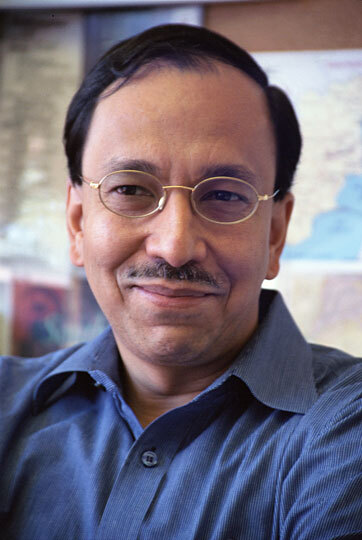 Professor Sugata Bose says the violence that accompanied partition of the Indian subcontinent was unprecedented. 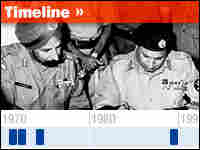 Historian Ayesha Jalal says Britain could have done more to prevent the violence that followed the partition in 1947. Tufts University Photography hide caption 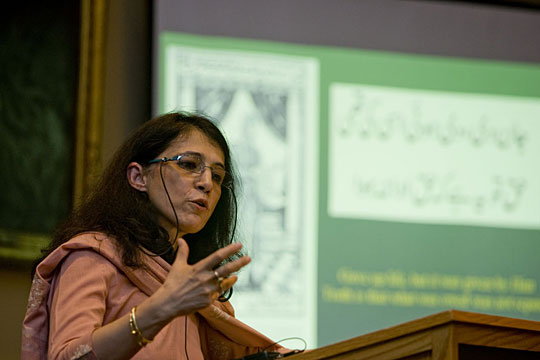 Historian Ayesha Jalal says Britain could have done more to prevent the violence that followed the partition in 1947.

British rule over the Indian subcontinent ended in 1947, resulting in the birth of an independent India and the new nation of Pakistan. The Indian state was secular and had a Hindu majority. Pakistan, which was carved out of the subcontinent's eastern and western flanks through partition, had an explicit Muslim identity.

Pakistan's founder, Mohammed Ali Jinnah, said the goal of a separate Muslim state should be peace within and peace without. But that goal has proved elusive in the past 61 years.

Bose and Jalal say that present-day tensions between India and Pakistan can be traced back to the divisions set up in 1947.

Despite a long history of Hindu-Muslim political unity in the course of the independence movement, in the period leading up to partition, there had been conflict and spasms of violence over the question of whether India should be united.

"But, of course, at the end of the day, the political leaders could not agree on how power was to be shared once the British quit India, and so partition took place ostensibly on religious lines," Bose tells Melissa Block.

The man put in charge of partition by the British was Sir Cyril Radcliffe. Radcliffe had never been to India and was given little time to implement the partition. He worked with outdated maps and census figures. The Radcliffe Line, as it is known, became the border between India and Pakistan.

"He basically didn't see the reality on the ground," Jalal says. "He simply went and took an aerial view and decided this was where the line was going to be drawn.

"So, it was rather an arbitrary line, which in some instances cut villages into two and, in fact, sometimes even houses into two."

With the partition into two countries, more than 18 million people migrated toward the areas where they would join their religious majority. What followed were unspeakable acts of violence on a massive scale involving Hindus, Sikhs and Muslims. The tally of fatalities is estimated to be between a half-million and 1 million.

"It could really be more," Jalal says. "Recent researchers suggest that there are people who are simply missing amongst whom women are a prominent category."

One accusation that has been made since 1947 is that the British were to blame for a hasty partition and also for inadequate preparation for what would follow. Jalal says the evidence is overwhelming to suggest that the administrative operation was poorly planned.

"The British simply didn't want to get their hands dirty in this business of keeping Indians from going at each other's throats with the result that the British military did not actually try to prevent people from massacring each other or abducting each other or taking possession of property," she says. "So, this could have been avoided. There's no question about it. But I don't think that was a priority at the time. The British were primarily concerned about getting out and getting out quickly."

Both Bose and Jalal believe the divisions created in 1947 have lead to the current tensions between Pakistan and India.

"I think the decisions of expediency taken in 1947 cast a very long shadow on the subcontinent," Bose says. "And we are still paying the price for the kind of partition that took place, including the partition of Punjab and Bengal."

"Partition may have been a question of conflict management, but it was certainly not conflict resolution," Jalal adds. "What was required was a power-sharing arrangement, which was not possible in '47, but the creation of a false international border meant that the two countries have not only fought wars but internationalized their grievances."

Bose says he is optimistic, however, over the future relations between the two countries. He says the subcontinent has always lived with difference but it has also known how to negotiate these differences and transcend them.

"There is nothing that is inevitable or set in stone in history," he says. "It's a question of contingency and how events unfold and how certain human choices are made or not at critical turning points."