Accessibility links
Jason Crigler: Hope And Recovery The guitarist's new CD, The Music of Jason Crigler, deserves attention because of the variety of style and performance, and the natural fit you often hear between singer and song. But the story behind this recording, which was nine years in the making, goes beyond music. 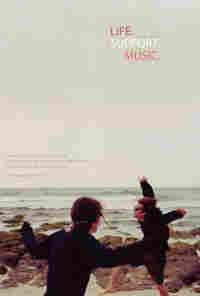 The Books on the Shelf

The Bush and the Tree

Jason Crigler's album is available on Amazon and iTunes. 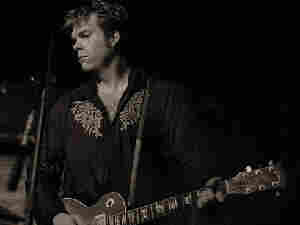 Guitarist Jason Crigler's latest album, The Music of Jason Crigler, features songs about his recovery from a brain hemorrhage in 2004. Courtesy of the artist hide caption

Guitarist Jason Crigler is missing a year and a half of his life. Between the time when he recorded several tracks for his new CD, The Music of Jason Crigler, and the time when it was finally produced, he experienced a life-changing calamity, documented in the film Life. Support. Music.

It began when he was performing in a New York City club in 2004.

"I was on stage, and I had all this crazy stuff happening in my head, and I ran off stage," Crigler says. "Monica, my wife, was there and got an ambulance. That was it. For a year and a half, I don't remember anything."

Crigler had a brain hemorrhage caused by an Arteriovenous Malformation, or AVM — an abnormal collection of blood vessels in his brain. Only six months after his release from the hospital, Crigler, who had temporarily lost his ability to speak and walk, began to reteach himself how to play the guitar.

"I knew what to do; I just couldn't physically do it," he says. "It was painful, because my hands were so tensed up, like claws almost. I'm still working to get that open all the way. But I knew mentally what to do, and I could hear what to do. Physically doing it was the issue."

"The Books on the Shelf" is the only song on the album that deals specifically with Crigler's recovery. It was also the first song he wrote after leaving the hospital, as well as the only song he sings himself.

"Aside from physically relearning all the things I had to relearn," Crigler says, "there was the emotional baggage of, 'Can I do what I used to do? Can I play guitar? Can I write songs?' There's a lot of insecurity and emotional stuff, and this is the song that really helped me break through a lot of that and make me realize I can still do this."

Click the audio link above to hear Jason Crigler discuss his recovery and his new album.