My Hanukkah (Keep the Fire Alive)

Look to the Light

Watch A Video For "Dreidel." 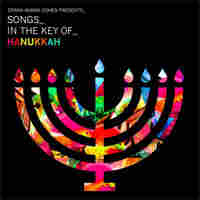 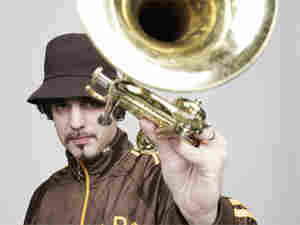 Composer Erran Baron Cohen expands and updates Hanukkah music with Songs In The Key Of Hanukkah. Courtesy of the artist hide caption

Every holiday season is the return of special traditions: stories you tell, foods you eat — or sometimes try to avoid — and the songs you sing. But who says you can't fold in some new traditions too? That is exactly what composer and multi-instrumentalist Erran Baron Cohen sought out to do on his new eclectic collection, Songs In The Key Of Hanukkah.

If that name sounds familiar, he is the brother of Sacha Baron Cohen — known to most for his characters "Borat" and "Ali G." If you've seen those films, then you have also heard Erran Baron Cohen's compositions; he has provided music for all of his brother's projects. As he explained to Weekend Edition host Scott Simon, he knew he wanted to write new Hanukkah music because the songs he grew up with were unsatisfying.

"I remember from my childhood," recalls Cohen, "listening to Hanukkah songs at home and listening to these children singing slightly out of key and some wonky old piano player to make a terrible record. The idea was to create a new concept in Jewish holiday music, something that everybody would enjoy listening to."

Cohen also decided he wanted his songs to tell the story of Hanukkah, which he believes few people think about. "It's quite a sad story," Cohen says, "but also quite hopeful; it's about coming out of oppression, fighting tyranny, which [are] universal things that are very relevant for today."

To hear the full interview with Erran Baron Cohen and a guest appearance from his brother Sacha, click on the listen link above.

Songs In The Key Of Hanukkah's MySpace page